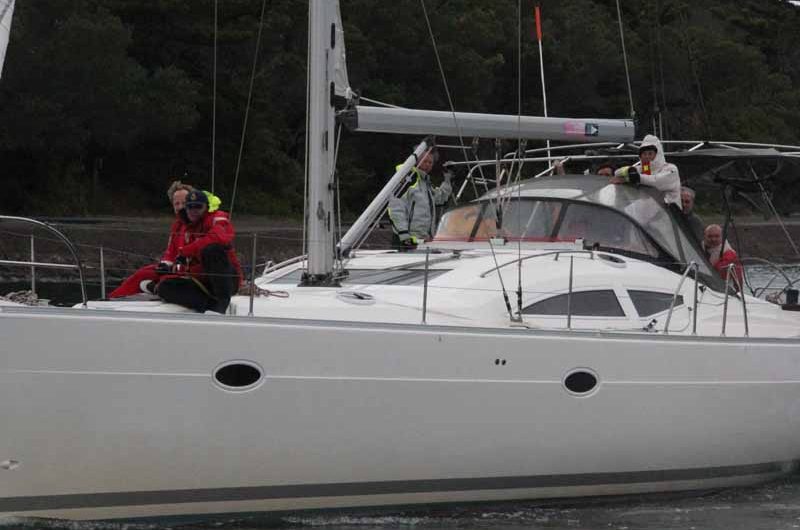 It’s been an awful month for racing sailors in California. First came the well-publicized loss of Low Speed Chase in the Farallones Race off San Francisco, which resulted in five fatalities and an unprecedented Coast Guard ban on further offshore races in the area. Now this weekend comes word that a Hunter 376, Aegean, has been lost in the Newport Ensenada Race, presumably in a collision, with four apparent fatalities.

Less remarked on has been the dramatic night rescue of six crew Down Under in the Melbourne to Port Fairy Race early this month. The fleet of 14 boats was caught in a vicious gale (winds reported at 40-50 knots, with gusts to 70) and only one boat managed to finish. One competitor, Inception, a 50-foot Beneteau, sank at the height of the tempest, but fortunately its crew was rescued by another crew competing aboard Trybooking.com, an Elan Impression 434.

The Low Speed Chase disaster led to the publishing of an amazing eyewitness account by a surviving crew member, Bryan Chong, which has been widely disseminated. It deserves the attention of anyone seriously interested in offshore sailing. 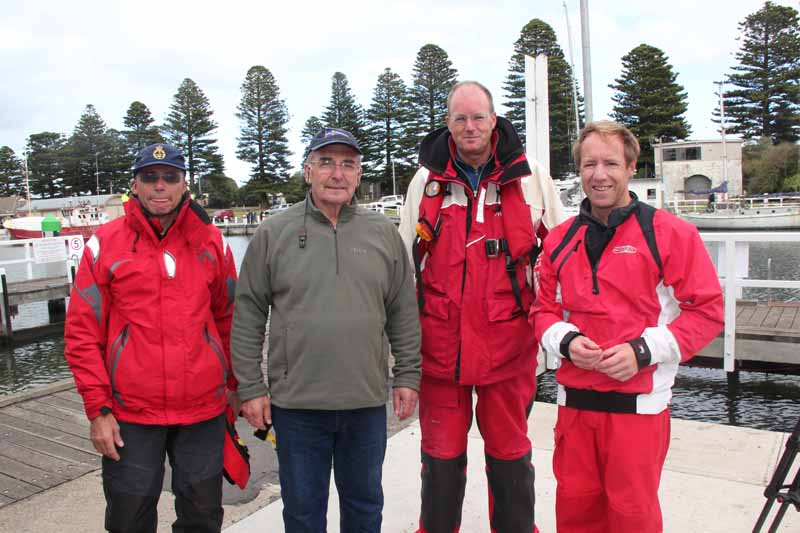 Just as amazing (but not yet as widely disseminated) is an account by Grant Dunoon, the skipper of Trybooking.com, of his rescue of the crew of Inception.

The elation of finding the missing men in the tempestuous seas and darkness quickly gave way to the realisation that, somehow, they had to be brought safely on board. Up until this point, Grant had been able to draw on his extensive experience and training in aviation navigation. However, a sea rescue in these terrible conditions was something for which none of them could have prepared in any meaningful way. Grant began to cross off various options that flashed through his mind. A wave suddenly jolted the boat, knocking it sideways and reinforcing the need to approach the rescue with great caution to avoid injuring the men in the ocean whilst trying to save them.

Bringing the crew of Inception in over the landing at the stern looked like the best option, but great care would be required. In the darkness and confused seas, there was a real risk of injuring the sailors if they went under the stern. What was the best way to approach them?

Sailing forwards to the group then stopping would be problematic because holding the boat into wind would be very difficult. When the boat was stationary, the wind would push the bow off its line almost immediately. On the other hand, turning Trybooking.com around and reversing towards the group with the bow downwind would be very dangerous. The huge seas could swamp the stern and wash the sailors under in such a configuration.

They needed to point TryBooking.com into the wind and be able to control the bow whilst stationary. They steered about 6m to the left of the group in the water and went about 6m past them. Grant then turned 60 degrees to the right and the wind immediately pushed them sideways towards the sailors. The intention was to apply power to control the bow and oppose the wind so that the boat sideslipped. If it worked as intended, Grant would hold the direction of the boat and allow it to approach the sailors in a reasonably controlled way.

As he manoeuvred past the men in the water, they shouted “Over here! Over here!”, thinking TryBooking.com was moving away. Grant was in such a high state of concentration and focus on the task at hand that the omnipresent sound of the wind and water momentarily faded. The world was now in black and white. For a brief period, he heard only the engine and the cries of the men in the water. He called out to reassure them.

And I urge you to read the complete account here.

You can also read a very good account of the race as a whole published by the host Ocean Racing Club of Victoria (ORCV) right here.