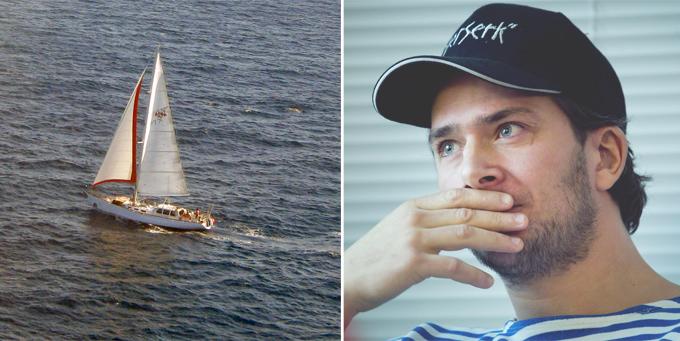 The drama of the Wild Viking continues. Last we checked in on Norway’s Antarctic adventurer Jarle Andhoey, he and his crew aboard the 54-foot Nilaya had suffered a broken boom after leaving the Ross Sea and were bound to an unspecified Argentine base on the Antarctic peninsula to make repairs and take on fuel. It has not been widely remarked upon (nor has the helpful Argentine base ever been identified), but this evidently was successfully accomplished sometime around March 23.

Now comes word that Andhoey and company were detained on Saturday by the Chilean navy as they were passing through Chilean waters off the southern tip of South America on their way to Argentina. Nilaya is now reportedly at the Chilean naval base at Puerto Williams, strapped alongside a navy vessel with three armed guards aboard. According to the first published reports, Nilaya was detained at the request the government of New Zealand, although the Kiwis apparently have now denied this. According to other reports, Andhoey gave a false name for the vessel when hailed by the Chileans, and this may be what led to the arrest.

In terms of bureaucratic niceties, Andhoey’s three big problems right now are a) he never obtained proper clearance to depart New Zealand; b) the presence aboard of Busby Noble, a large tattooed Maori activist who has no passport and may or may not have joined the crew intentionally; and c) the rather confused status of the boat, which may or may not be properly registered and documented.

It seems unlikely that the Chileans are concerned about the fact that Andhoey had no permission to sail to Antarctica.

If you are new to this soap opera, the back story, in a nutshell, is that Andhoey sailed to Antarctica to search for clues as to the fate of his previous boat, Berserk, which was lost in a storm in the Ross Sea last year with three crew aboard while he and a mate were trying to drive to the South Pole on ATVs. You’ll find many more juicy details here. Apparently, Andhoey has also recently announced that he intends to launch a similar expedition next year.

Stay tuned for more sordid details as they become available.

UPDATE (Tues. April 3): More information and PIX are now available. It seems name and registry confusion are indeed what led to Andhoey’s traffic stop in Chile. First he claimed the vessel was Russian-registered, under the command of the Russian aboard (as was previously reported), and when that didn’t fly, switched to Norwegian registry, with him in command… and can produce no papers proving one or the other.

Meanwhile, Busby the errant Maori is reportedly looking for flights back to NZ and has told the Chilean press that he fell asleep on the boat and accidentally was taken along on the voyage. We’ve heard this before… and two or three other versions (he intentionally went along, he was working on the boat at the time, he was abducted, etc. etc.)… so it’s still not really clear how he ended up on the boat. BUT I have a theory… which is that he intended to join the expedition all along (which is why he just happened to have a Maori flag with him to plant in Antarctica), but he knew his cranky wife would never give him permission, so he had to pretend to go accidentally.

I suspect he is not particularly anxious to get home and may fail to find (or finance) a flight back to Auckland… and so be forced to stay on the boat for a while longer.

According to the Chilean press, the port captain in Puerto Williams says Andhoey should be clear to leave tomorrow. Which seems amazing to me. Who would have thought you could flaunt immigration and boat-registration protocols so openly and get in so little trouble?

ANOTHER UPDATE (Thurs. April 5): It seems Busby is sticking with his “I fell asleep” story and has announced he does intend to stay with the boat. (Which I take as an affirmation of my “cranky wife” theory above.) According to this Kiwi TV report, all they’re waiting for is a temporary passport for Busby and then they’ll be moving along. If you watch the viddy thru that link (sorry, I can’t embed it), you’ll see the crew of Nilaya/Berserk seems to be getting along with their Chilean captors just fine. Sort of like a Stockholm syndrome in reverse–the captors identify with the captives, instead of the other way around.