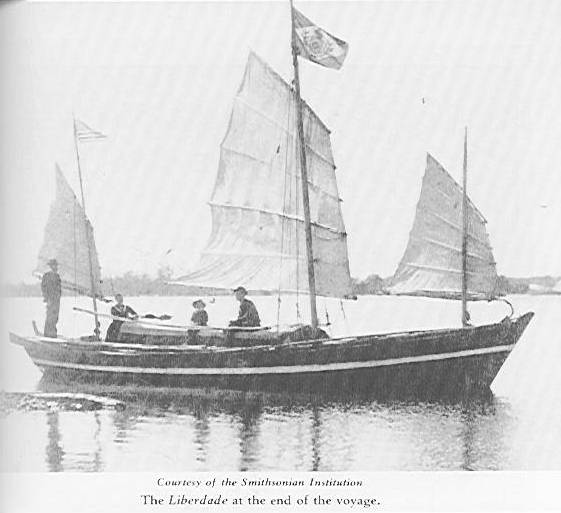 One nice thing about this blogging game is that you sometimes get useful feedback. For example: about two years ago I put up a post about Joshua Slocum and his bizarre homemade 35-foot dory/junk Liberdade, which he sailed from South America to the U.S. in 1888 with his family after they were shipwrecked on the Brazilian coast. This included a brief end note as to the fate of the boat, to the effect that it had been donated to the Smithsonian Institution, but that it wasn’t known whether the Smithsonian still had the boat hidden in its vaults, or whether Slocum had ultimately retrieved it.

According to Paul F. Johnston, Ph.D., Curator of Maritime History at the Smithsonian, the myth that the Smithsonian might still have the boat is a pop-up mole he is perpetually whacking down. After someone confronted him with a link to my original post, he contacted me and shared the following:

Joshua Slocum offered Liberdade to the Smithsonian (SI) in 1889, and we received it as a joint donation from him and its purchasers on 16 October 1890. I think it took that long, because he couldn’t afford to donate it himself and needed to find someone to buy it from him first. At 35 ft in length, it was too long to display indoors, so the SI left it outside, uncovered for years. The reasoning at the time was that it didn’t represent any particular style of boatbuilding, and it appears that the associative value with Slocum was unrecognized by the SI staff. My guess is that he may not have been as well-known then as he is now, although he worked on his image pretty hard for those days!

After Liberdade deteriorated too far, we asked Slocum multiple times to take it away. He always wrote back that he intended to visit DC “in the spring,” but he didn’t. Then he wrote that he wanted to take back a few bits but gave permission to the SI to destroy it. We didn’t. It was returned intact to his custody on 7 December 1906, and we have two receipts acknowledging the handoff transaction. Slocum took it down to a boatyard on the banks of the Potomac, dismantled it, cut it into pieces and stowed portions on his famous circumnavigation vessel Spray. He gave a few Liberdade souvenirs to interested DC waterfront locals; none of those souvenirs have ever turned up, to my knowledge. Our last accession file document on the tale is dated 1914. FYI, all this information is in the original accession file (SI NMAH Acc. 23653), if you should find yourself in the area.

Paul offered to answer any questions, and of course I had some. For example, I asked about those who purchased the boat to donate it, but more particularly I wondered why on earth the Smithsonian had accepted the donation in the first place. After all, Slocum was an unknown penniless sailor at the time, and clearly the organization didn’t think enough of the boat itself to take care of it.

Beyond saying the donors might have gotten a tax break, Paul left me to scratch my head, pleading that he was busy answering queries about the Titanic. (Don’t forget, the 100th anniversary of her sinking is next month! Be sure to get out your deck chairs and start rearranging them.)

So one of these days I’ll have to get my butt down to DC and have a look at that file. Meanwhile, the big take-away from this exchange is that there may well be bits and pieces of Liberdade lying around in attics and sheds in the vicinity of the Potomac. Some of you may want to check for these while looking for those deck chairs.

Also, I neglected to mention in my last post that a Welshman, David Sinnett-Jones, actually built a replica of Liberdade back in the late 1990s, to a design by Bruce Roberts-Goodson. He succeeded in sailing it to Brazil in 2000, and thence to the U.S. in a recreation of Slocum’s original voyage.

Here are some pix I found: 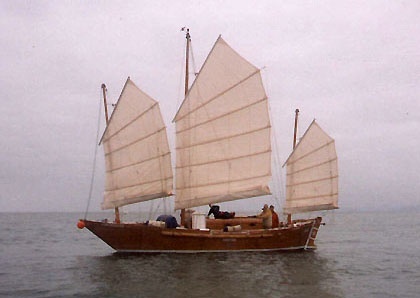 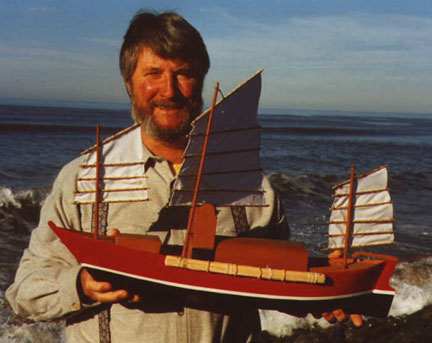 David Sinnett-Jones holding a model of the replica. Ditto on the photo credit 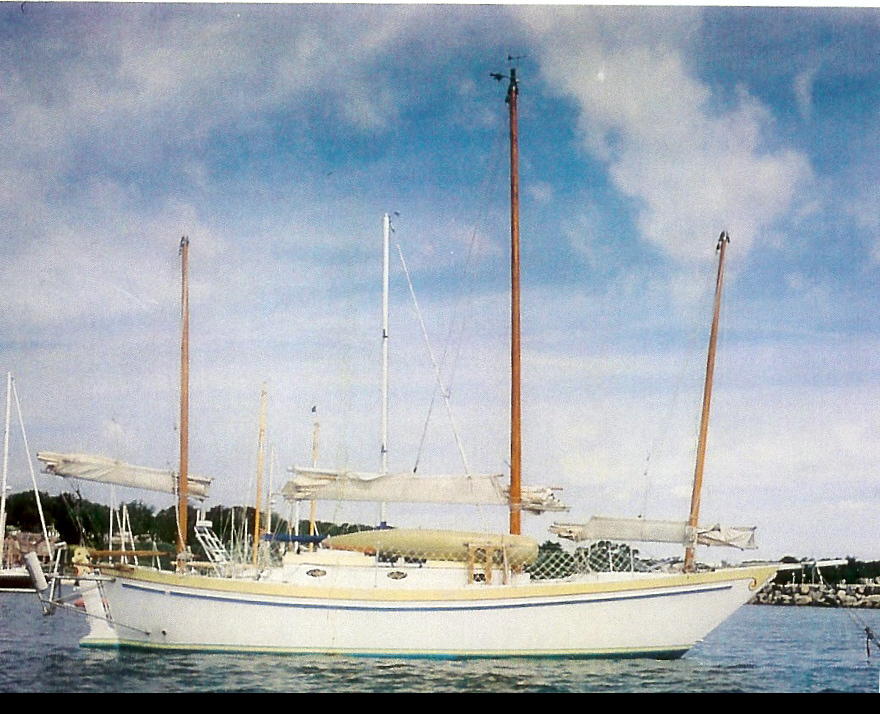 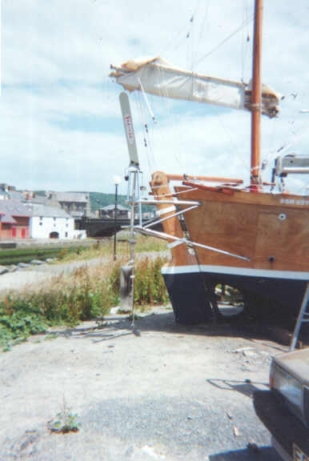 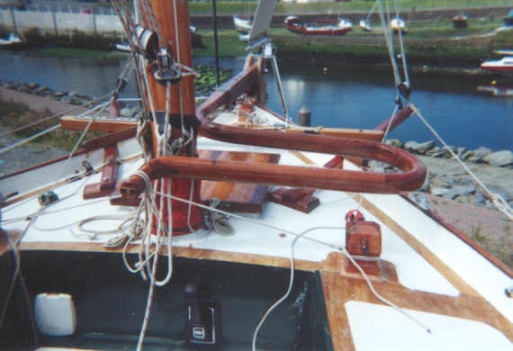 Finally, two pix from Scanmar International’s website, from when Jones put the Monitor vane on the boat. How about that crazy tiller??? I wonder if Slocum had one of those on his boat???