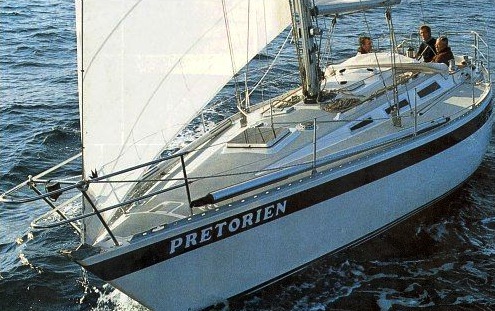 This French-built cruiser-racer, designed by Holman & Pye, a British firm, first appeared on the market in 1979, just as the IOR rule was peaking in popularity. The Pretorien 35 thus exhibits features common to many boats of this era: it is beamy amidships with somewhat pinched ends and has a smallish high-aspect mainsail and a large foretriangle. It is not, however, an extreme example of its type. Nearly half the boat’s design weight is contained in its lead ballast keel, which makes it rather stiff and stable (its AVS is a very respectable 124 degrees), it does not have pronounced tumblehome along its flanks, and its rakish “wedge-deck” profile, similar to that seen on Swans and Baltics built around the same time, give it a distinctive look many sailors find highly attractive.

The Pretorien as a result is valued as both a bluewater and coastal cruiser and is considered by many to be an excellent value despite its relatively high price. A total of 212 hulls were built before production ended in 1986, and many of these were exported to the United States, so good examples are not too hard to find on this side of the Atlantic.

Construction quality generally is very good. The Pretorien’s solid fiberglass hull is laid up with multiple layers of 18-ounce biaxial cloth and is stiffened by six lateral stringers that run the length of the boat and intersect a series of athwartships beams that are also glassed to the hull. Bulkheads, meanwhile, are tabbed to both the hull and deck in the conventional manner, plus are firmly anchored in place by lateral tabs that pass through holes in lower portions of the bulkheads and are bonded to the hull on either side.

The deck is cored with end-grain balsa, except under hardware and fittings, where solid laminate is substituted. The coring is laid up in strips segregated by barriers of resin so that any moisture that does intrude cannot migrate easily. The deck joint, on an inward flange, is both through-bolted and glassed over. The external ballast keel is mounted on a deep keel stub with 3/4″ stainless-steel bolts. The rudder is mounted on a full skeg.

There are a couple of flies in this ointment. The Pretorien’s hull laminate is set in polyester resin, and as is often the case with boats built during the early 1980s there have been some reports of osmotic blisters. Also, on many boats the headstay fitting as originally installed is supported under the deck with mere washers rather than a proper backing plate and this should be checked and remedied if necessary.

Some owners have been less than thrilled with the engine installation. Most Pretoriens were sold with Volvo diesel saildrives (these were unusual in the U.S. at the time) and over the years a number of the aluminum drive legs have developed corrosion problems. Meanwhile, on those boats with conventional shaft drives the shaft reportedly is too steeply angled to be very efficient. Access to the engine compartment is marginal, making some maintenance jobs difficult. The original 23 hp engine found on some boats may be a bit small; the optional 28 hp engine is preferable.

For those used to the cramped accommodations of older CCA boats the Pretorien’s interior will seem very spacious, particularly in its beamy middle section. It also compares well to interiors found on more modern boats. The layout itself is straightforward, with a roomy V-berth forward, followed next by a head to starboard with hanging lockers to port, then a large saloon with two straight settees and a dinette, then a spacious galley to starboard with a less spacious nav station to port. Aft to port is another small separate stateroom with a modest double berth.

There is a great deal of useful storage space throughout, and the joinery work and general finish quality is excellent. Interior ventilation, however, is inadequate and some owners have felt compelled to install opening ports and/or cabin fans. Also the twin galley sinks, which are reasonably close to the centerline, are a bit shallow to work well when the boat is well heeled. 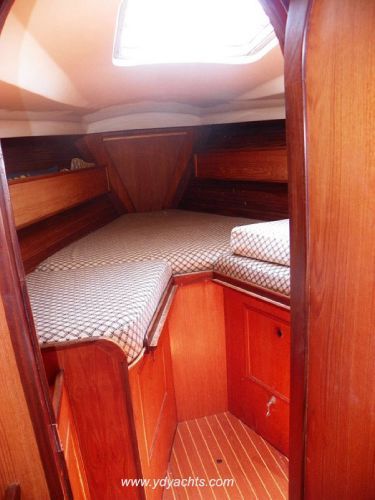 On deck the Pretorien’s sleek profile translates to low-slung handholds that are awkwardly placed for the crew as they move forward to the bow. The standing rig features single-point shroud attachments abreast the mast, which means both a babystay and running backs are needed to stabilize the mast when conditions get rowdy. Back in the cockpit there is an effective bridgedeck traveler to help control the mainsail. It may sometimes interfere with a cockpit dodger, however, as will the forward location of the primary winches on the cockpit coaming. The best solution is to move the winches aft about 12 inches so winch handles clear the dodger and are also easier to reach from the helm.

Teak decks were optional on these boats and help to enhance their high-end Euro look. Now more than 20 years later, however, any original teak decks will need removing or replacing. If you like the look of teak you should be willing to pay a premium for a boat with a new laid deck; if you prefer the low maintenance of a glass deck you should also have no problem finding a Pretorien that suits you. 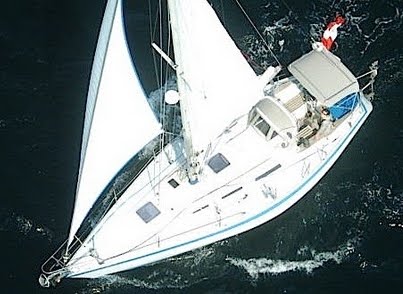 The boat by all accounts is reasonably fast in any breeze blowing harder than 8 to 10 knots. In the light stuff, however, you must be willing to bend on a 150% genoa to keep it sailing nicely. If like many cruisers you are unlikely to change out your working genoa for anything bigger, you need to be ready to use your engine when the wind falters. Beating to windward you can count on sailing relatively narrow angles of 40 degrees or better.

Where the Pretorien really shines is in heavy conditions. Owners report they can carry spinnakers in high winds without any tendency to spin out or broach, as was common with so many other IOR designs. And in spite of its relatively high capsize screening number and relatively low comfort ratio, the Pretorien has a strong reputation as a stable, dry boat with a seakindly motion. For a boat with a fin keel, it also balances well and is easy to steer. For many cruisers looking for affordable older boats with a turn of speed, a comfortable motion, solid build quality, and a touch of Euro class, the Pretorien should therefore be a strong candidate. 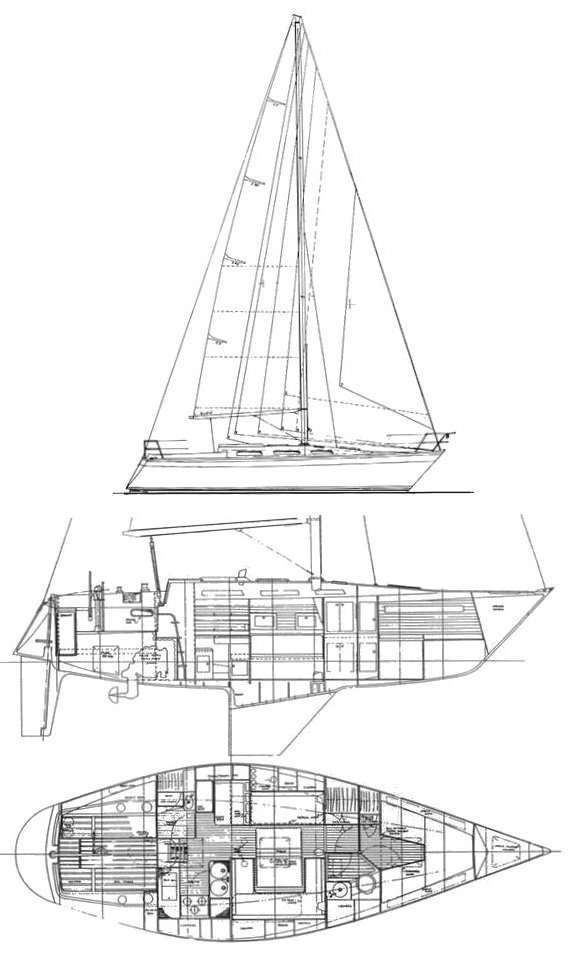