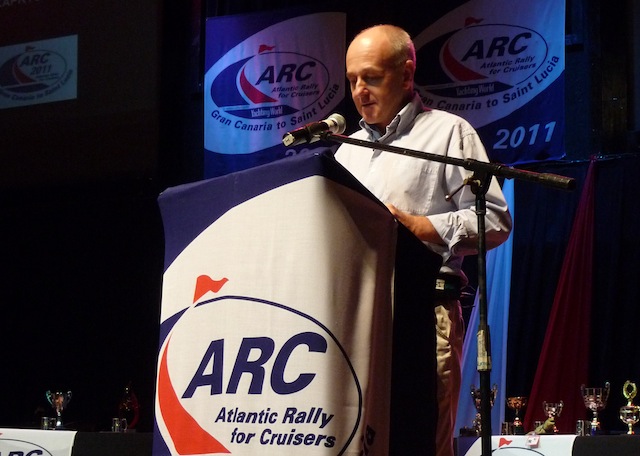 Though I’ve participated in the ARC before, this was the first time I was able to attend the prizegiving. What a bash! The wind-up to the 2011 ARC this past Saturday was a celebration of epic proportions. After plying the assembled multitude of sailors with rum (clever tactic that), master of ceremonies Andrew Bishop (see photo up top) proceeded to hand out a multitude of awards for all manner of achievements.

One award that was not presented was for the best improvised repair made while underway. A serious omission wethinks. Hence we here at WaveTrain have created one ourselves–we call it the Bubble Gum And Rubber Band Award–which we do now hereby bestow upon James “Hubs” Hubbard, crew aboard the above-mentioned Brizo.

Admittedly, we did not survey the entire ARC fleet. But still this is very impressive. Confronted with a fractured bracket for a high-outout alternator installed on a diesel engine, Hubs made a very sailorly repair and lashed the broken bit up with Spectra twine, as you can see here: 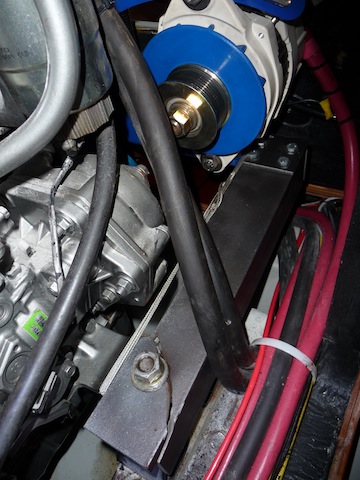 Even better, it worked!

The repair was of critical importance, as Brizo ran out of cooking gas 12 days into her 18-day passage, and thereafter all heating of food was done by microwave.

In spite of the fact that Hubs is an ex-Navy aviator and presumably knows a thing or two about modern technology, he has a decidedly simplistic approach to jury-rigging. For example, when a drum bracket on Brizo‘s in-mast mainsail furling system failed, Hubs’ default response, again, was to simply lash it up: 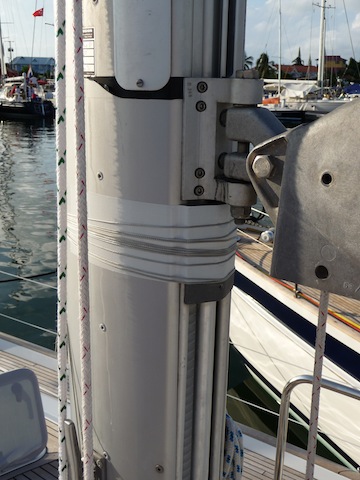 For a complete rundown on who won what officially in the ARC this year, you can check this link here.