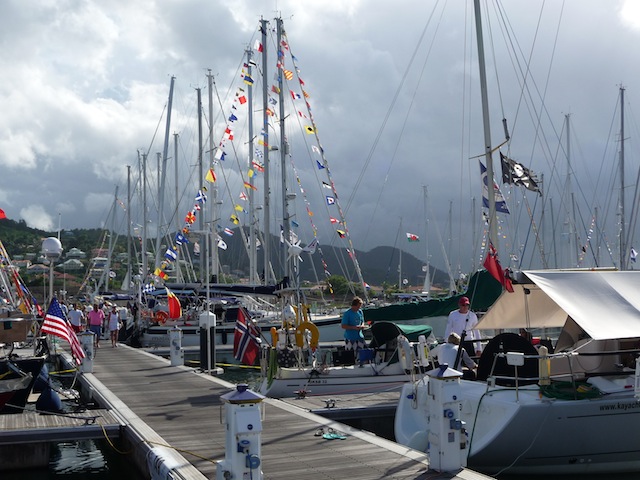 I’m hitting the rally beat hard these days. After recently not sailing in the Caribbean 1500, I’m now down in Rodney Bay, St. Lucia, checking out the end of this year’s Atlantic Rally for Cruisers. To get a feel for things, I took a long stroll yesterday around the docks. I don’t know about you, but walking around a marina or boatyard ogling boats is something I never get tired of.

There were two in particular I was looking for. The first was a Class 40 Akilaria named Vaquita. She turned in a stellar performance, crossing the Atlantic from Las Palmas de Gran Canaria (2,800 nm) in just 12 days. Not the fastest run (four larger boats–two maxis and two big multihulls–got here first), but pretty damn impressive considering her size. I couldn’t find her, but I figure she’s around here somewhere, as her crew, which includes ex-Volvo skipper Andreas Hanakamp, probably don’t want to miss the prize-giving on Saturday night.

The other boat was a rather unassuming Westerly Oceanlord 41, Ocean Wanderer, which I finally did find hunkered down in a far corner of the marina. The story here is that one of the crew, Andrew Nash, died of a heart attack on board while the boat was still over 200 miles from the finish line. 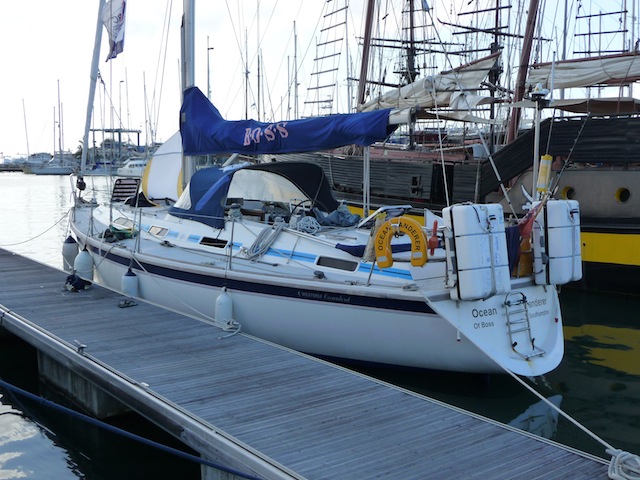 I have several questions to ask. Like: what did they do with the body? Apparently they did bring it here to St. Lucia, and given a relatively small boat and large crew (one pro skipper, plus four pay-to-play charter crew), storage must have been an issue.

Unfortunately, it seems the skipper and crew may have left already. The one guy aboard I talked to said a new skipper and crew were already coming in to do a two-week charter. I’ll keep looking, however, and meanwhile here’s a freaky coincidence to ponder: the last time I covered the ARC for the comic, back in 2002, crewing on a big Catana, was the last time someone died in this event.

If this keeps up, they may pay me not to come here again.

Here’s some other stuff I found during my walkabout: 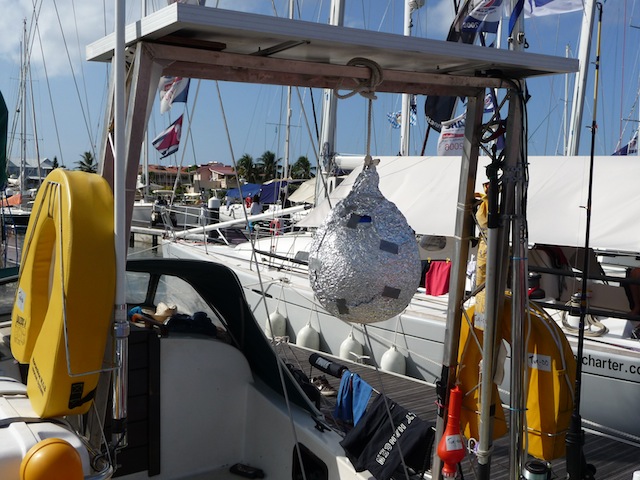 From the Unique Gear Department. First, a homemade radar reflector consisting of a fender ball wrapped in tin foil. Very creative, but how effective can it be? There isn’t a hard angle on it anywhere. This was on a 32-foot boat, Tur-bo, the smallest in the fleet this year, manned by a crew of large Norwegians. 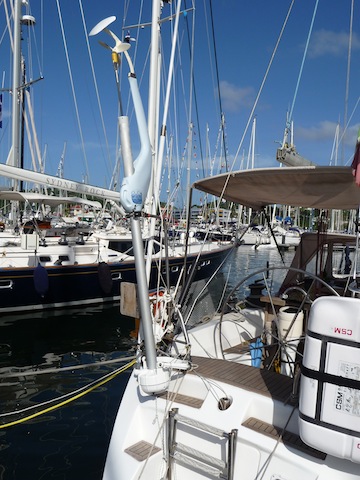 Second, a flip-down water generator. We don’t see too many of these in the States. I’ve always wondered how much drag they create. I reckon the more useful it is, the slower you go. 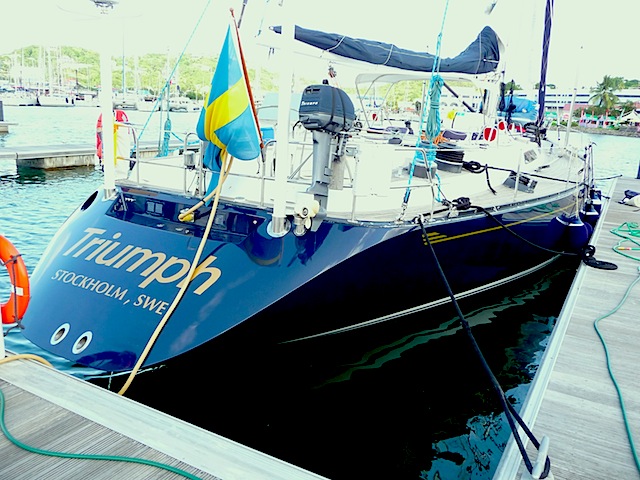 An old friend. I crewed on this big Baltic 64 eight or nine years ago on a run to Bermuda. The top of the rudder stock broke loose, and we had a hell of a time restraining it. I assume she’s under new ownership now, as I don’t remember her being from Stockholm before. 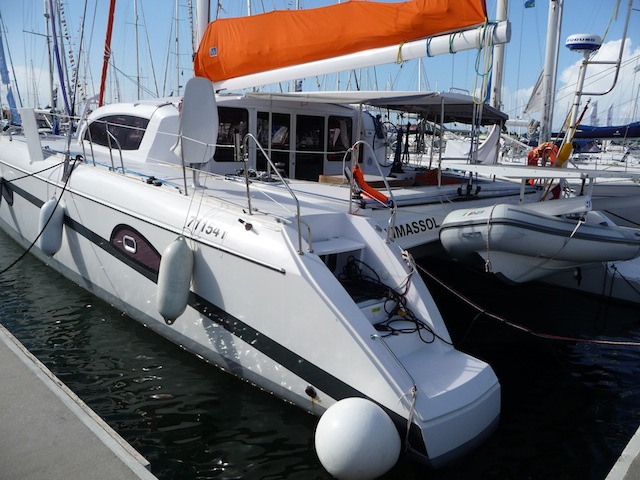 A new friend. This is a sistership to the Outremer 49 I sailed down to Annapolis in October (and which also won a Best Boats award for its deck and cockpit layout). I didn’t see a name on it, but according to the entry list she is called… Outremer. She has the outboard seats that go with the optional tillers, but apparently the tillers were removed for the passage. 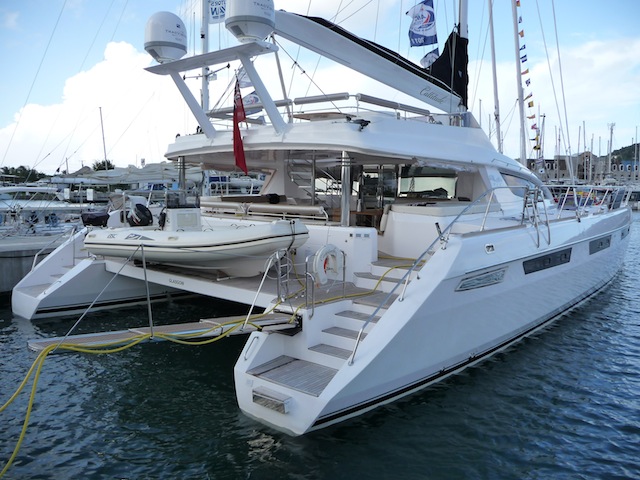 This is by far the most comfortable looking boat I saw, a gigantic Privilege 745 catamaran from Scotland called Cattitude. I particularly like the retractable passarelle and the spiral staircase leading up to the flybridge. On a boat this size you should never leave home without them. 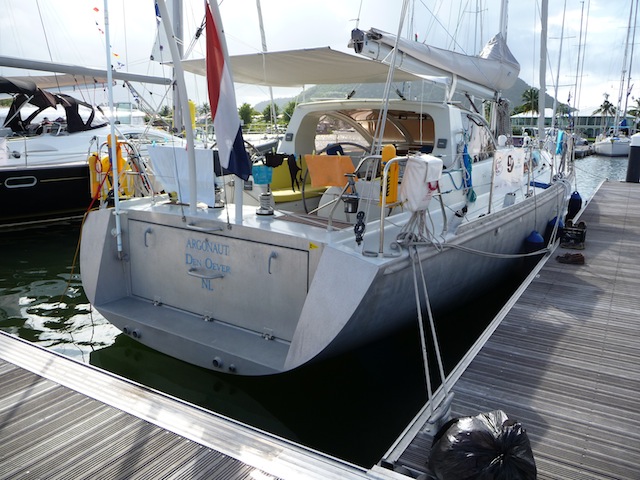 Last but not least, the most interesting boat I saw. A Berckemeyer 54 from Holland called Argonaut. I’ve never heard of these before, but as tin-boat owner myself, how could I not have a woody for her? 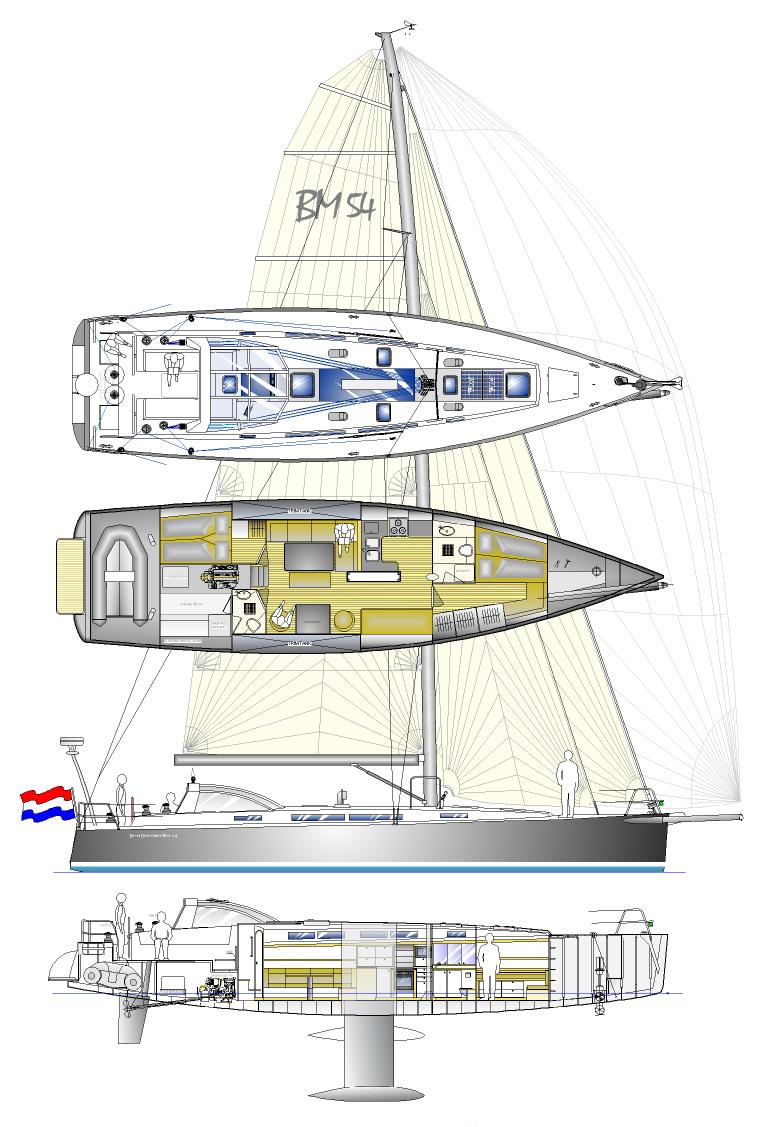 Here’s a plan and layout I found online. The Berckemeyer website is amazing. All kinds of cool aluminum boats in there. I urge you to check it out.

UPDATE: I’ve since talked to a few folks here and have learned that modern water generators in fact create very little drag when running. Here’s another more discrete example I found while roaming the docks here: 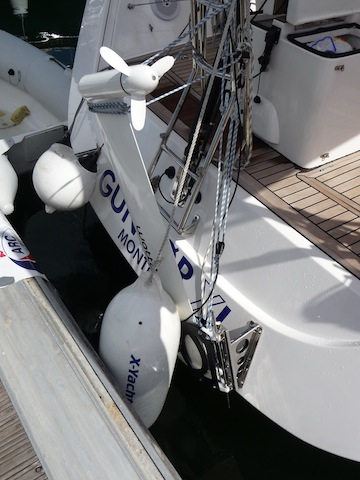 More importantly, I’ve learned a little more about the unfortunate demise of Dr. Andrew Nash. It seems the crew had his remains onboard for four days before they reached St. Lucia, and that they received fuel from other boats so they could keep motoring hard for the island in light wind. I was a little amazed when told by other sailors here that there was purportedly a body bag onboard for the remains to be stored in. BOSS UK, the British offshore sailing organization that manages the boat, informs me this is in fact a standard “Code 0” requirement for vessels certified by the British Maritime and Coastguard Agency that venture more than 60 miles from a safe haven. 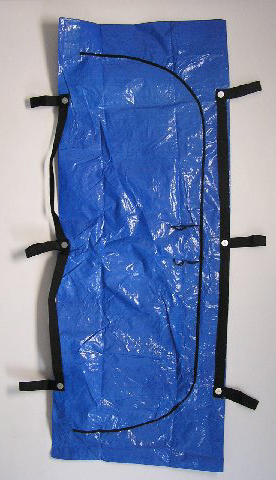 It goes without saying that the skipper and crew are to be commended for bringing the body to shore so that the family can observe proper rites.