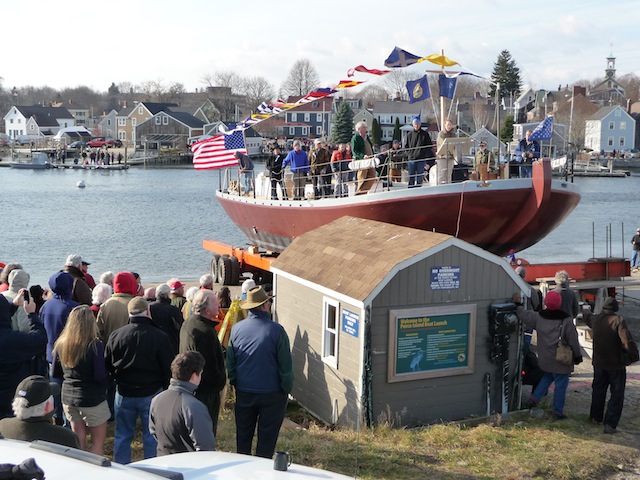 I’d never actually seen this before–the christening and launching of a new vessel. This was on Saturday, here in Portsmouth, NH, just down the street from where I live. After a bit of speechifying by my good friend and neighbor Molly Bolster, a bottle was busted and the good ship Piscataqua, the first new gundalow launched in 30 years, was pushed with some ceremony into the briny.

Gundalows, as I’ve mentioned before, are the old sailing barges that once were the lifeblood of local commerce here in the Piscataqua watershed. The last one launched, the Edward Adams, was a faithful replica of the gundalows of old, and thus lacked a few modern features, like an engine, needed for the Coast Guard certification that is required to carry passengers. Molly’s non-profit organization, the Gundalow Company, has for years used the Adams for static educational programs, but has always dreamed of launching a new gundalow they could actually take people sailing on. After much effort, that dream has finally become a reality. 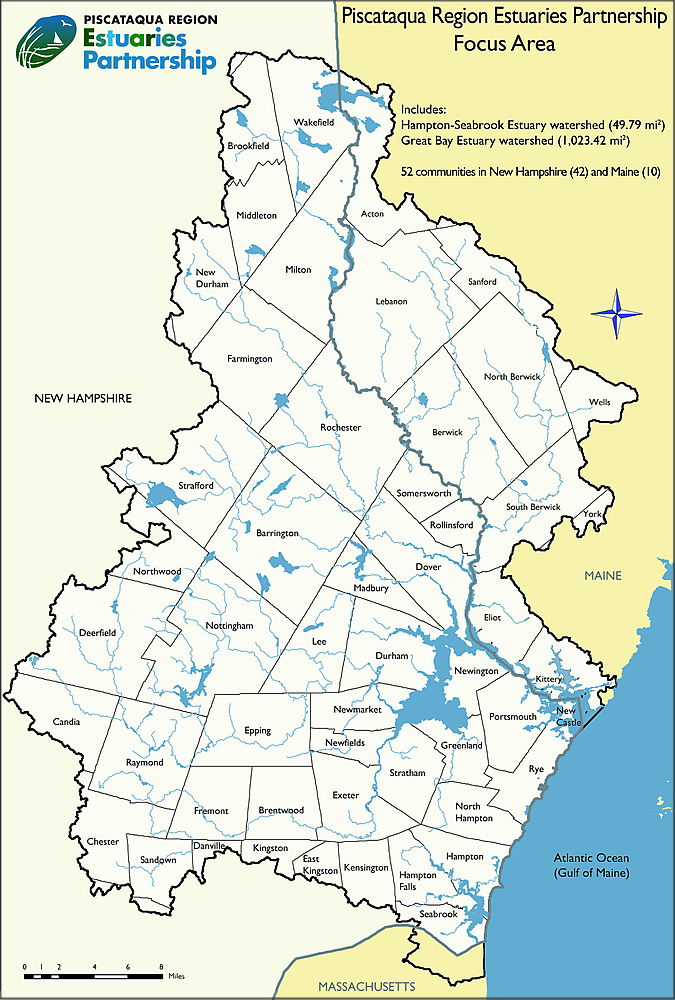 Education aside, the true significance of this event is that we now have enough gundalows for a race. I envision starting this somewhere up in Great Bay on an outgoing tide. The course should run under a few low bridges, so the crews will be forced to dip their yards, as on gundalows of old. The finish line can at be the old Memorial Bridge down here in Portsmouth.

It may be necessary to come up with some sort of handicap system, but I can’t say offhand which gundalow will be faster. The Piscataqua is about the same length as the Adams, but I believe will carry more sail. I expect she’ll also be heavier, and of course will be dragging a prop. I wouldn’t be too surprised if the Adams in fact is more competitive.

If you want to support this madness, you should send a check to the Gundalow Company. Be sure to mark it: Gundalow Match Racing Fund.

Meanwhile, you can check out this cool time-lapse video, in which the Piscataqua is created in less than 10 minutes. There are various other resources to explore at the Gundalow Company website if you’re interested in finding out more about her construction. 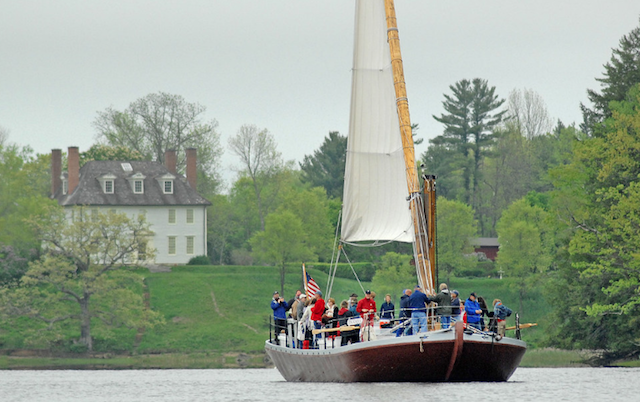 GUNDALOW GATHERINGS: Dinner With a Twist This Sunday