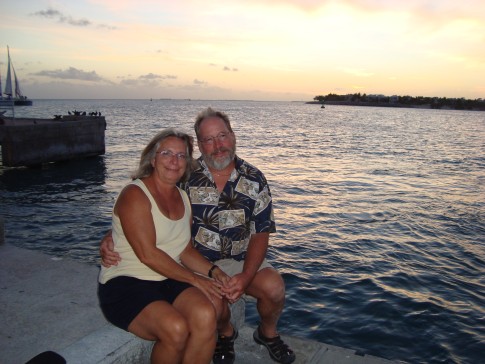 The U.S. Coast Guard reported yesterday and rally organizer Hank Schmitt confirmed to me in a phone conversation this morning that Jan Anderson, wife of Rob Anderson, has been lost overboard from Triple Stars, an Island Packet 38, approximately 285 miles northwest of Bermuda. According to the Coast Guard report, an EPIRB assigned to Triple Stars was ignited at 1339 hours yesterday, followed five minutes later by a radio call from Rob Anderson stating that Jan had been swept overboard by a 30-foot wave. A commercial vessel, High Jupiter, was diverted to the scene to search for Jan and also took Rob off of Triple Stars. According to Hank, the boat has been abandoned and it is unlikely that Jan will be recovered alive.

As was reported here yesterday, Triple Stars was participating in the North American Rally to the Caribbean (NARC), which departed Newport on November 1. Rob and Jan Anderson, who had been cruising the boat together since 2007, were the only crew aboard. The boat had reportedly suffered autopilot problems and, according to Hank, who has run the NARC rally for the past 12 years, there was also a problem with the mainsail.

Hank expressed great regret at the loss and told me he hoped there would be an investigation into the incident.

“They were 10 days out of Newport and could have been here in Bermuda several days ago,” he said.

Rob and Jan were receiving and following advice from volunteer weather-router Herb Hilgenberg. As is documented in their blog, as of November 6 they believed that their decision to stay north of the island during the strong weather of the past week was warranted.

UPDATE: The Coast Guard reports they suspended their search for Jan Anderson this afternoon.