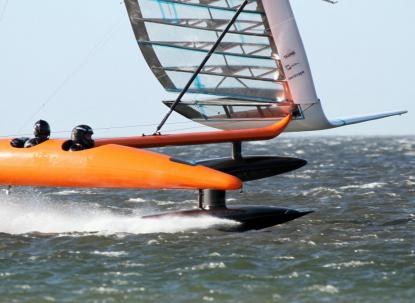 If you’re looking for a niche of the web with some current live-action sailing exotica, I recommend you start checking in at sailrocket.com. The VESTAS Sailrocket team is down on the “Speed Spot” in Wallis Bay, Namibia, with version two of their weird proa, looking to steal the outright world sailing speed record from the French hydrofoil trimaran Hydroptere, which sailed at 50.17 knots over a nautical mile in November 2009 and also hit 52.86 knots over 500 meters.

The hot spot on the site is the blog maintained by Sailrocket’s pilot, Paul Larsen. Just yesterday he posted an onboard video of the boat hitting 53.92 knots and 50.5 over 500 meters… during a practice run with a journalist onboard! A few hours later he put up another rather discouraging post explaining how they broke the boat trying to sail it again that very afternoon.

Fortunately, the damage isn’t too serious. Looks like VESTAS Sailrocket has a good shot at making a little history when they start doing their official record runs next month, during which they’re hoping to hit sustained speeds as high as 60 knots. 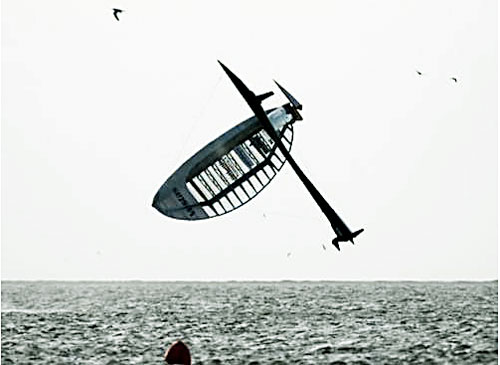 To get an idea of what happens on this boat when everything goes pear-shaped, you can check out this video of a little adventure Paul had on Sailrocket 1 back in 2008.

Here’s another good one where Paul goes into some deep background on the sport and (sort of) describes how the boat works. 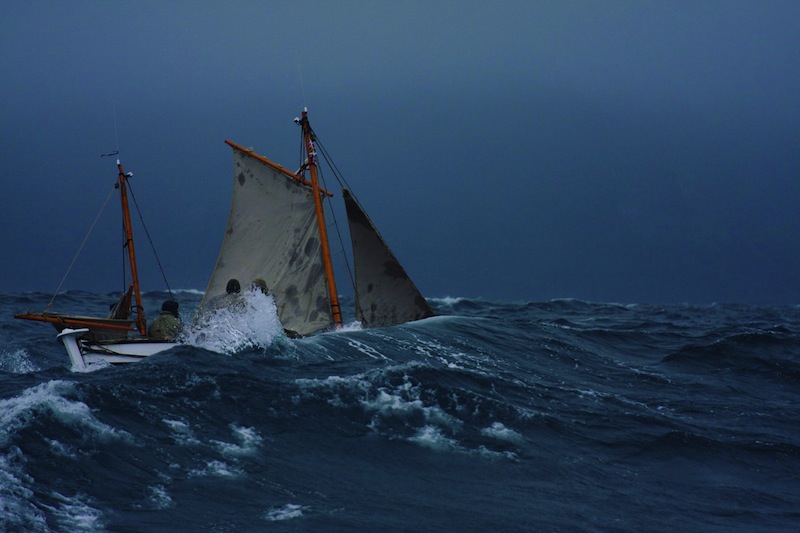 CHASING SHACKLETON: What Paul Larsen Did After Breaking the Sailing Speed Record