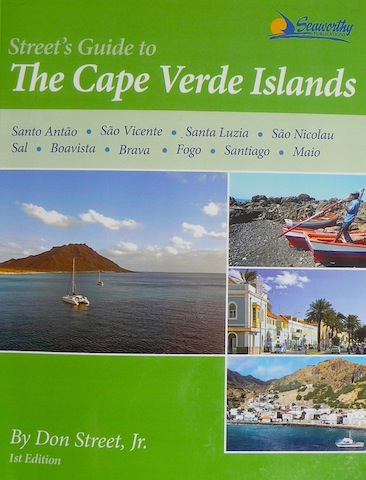 I ran into Don Street at the Annapolis show and he pressed on me a copy of his latest book, Street’s Guide to The Cape Verde Islands, published by Seaworthy Publications. No, this isn’t some updated retread of one of Don’s many earlier cruising guides. It is an entirely new book, which struck me as pretty damn impressive, given that Don’s now in his early 80s. I can only pray I’m still going strong, sailing and writing, if and when I ever reach his age.

What’s also impressive is the book itself. Having now spent some time noodling over it, I can certainly recommend it as a must-buy if you are planning on sailing to, or even just thinking of sailing to, the Cape Verde Islands. Don’s big pitch is that you shouldn’t cross the Atlantic from the Canary Islands to the West Indies in November or December, hoping to spend Christmas in the Caribbean, as there’s a good chance the tradewinds won’t have filled in yet. He recommends instead that you spend Christmas cruising in the Cape Verdes, then cross to the W’Indies in January, when the trades will be honking for sure.

I more or less followed this program back in the winter of 1996-97 while sailing aboard Crazy Horse, and I can attest it works a treat. Except I spent Christmas in West Africa and didn’t get to the Cape Verdes until February. From Banjul, Gambia, all through the Cape Verdes, and all the way over to Antigua I never used my engine except to get in and out of harbors.

The first thing I did when I got the book, of course, was check out the places I visited when I was in the Cape Verdes, on the islands of Sal, Boavista, and Santiago. Judging from Don’s descriptions, they seem not to have changed all that much. Which, of course, is one of the primary attractions of the Cape Verdes. They are the last of the tropical North Atlantic islands that are still largely unspoiled and undeveloped. I have no doubt one of the reasons Don is still interested in them is that they must remind him a bit of the West Indies when he first started exploring them back in the late 1950s and early ’60s. 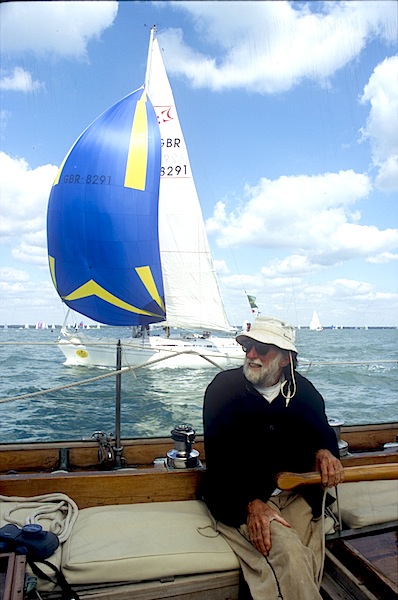 Having edited a few of Don’s magazine articles, I can tell you his unvarnished prose is somewhat impenetrable. But he has always been a stickler for research. In addition to having cruised the Cape Verdes under sail in 1985, ’89, and 2005, he visited by air to collect additional and more recent intelligence in 2002 and again in 2009. The information is exact and reliable, with plenty of Don’s detailed harbor charts on offer for reference. The book has been nicely edited by Jeremy McGeary, who has done a superb job of clearing away the weeds and bringing out Don’s unique voice, which is just as vibrant and engaging as it was way back in 1964, when he first started publishing his famous guides to the West Indies.

So if you’ve been thinking you’d like to check out the Cape Verdes, but were a bit daunted by knowing little to nothing about them, you’ve just run out of excuses. Having studied the book, I’m dying to get back there myself. Next time, for sure, I’m going to visit the island of Brava, which Don describes as “a sailor’s delight” and one of the two most attractive islands in all the North Atlantic. Frankly, it’s a relief to know there still places like that out there, waiting to be explored.