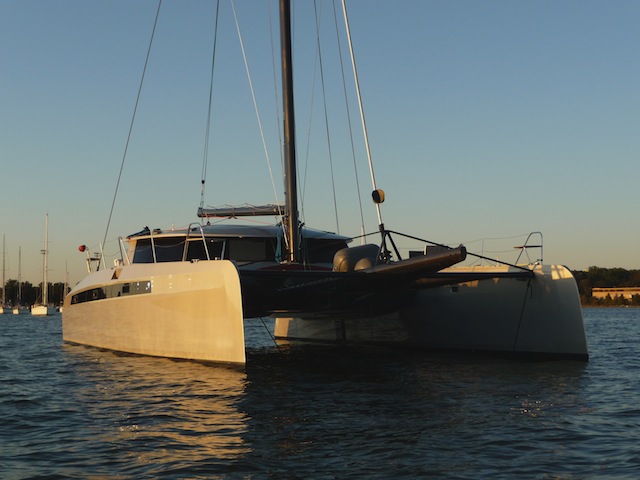 Thought I’d share with you some pix of a few things that raised my eyebrows while I was in Annapolis, starting with this hot catamaran, the Alibi 54 (built in Thailand), which in fact wasn’t even in the show. Multihull maven Gregor Tarjan of Aeroyacht, who represents Alibi in the U.S., snuck me out to the anchorage in a dinghy to take a peek. This is a prototype, which Gregor reckons isn’t quite ready for prime time. 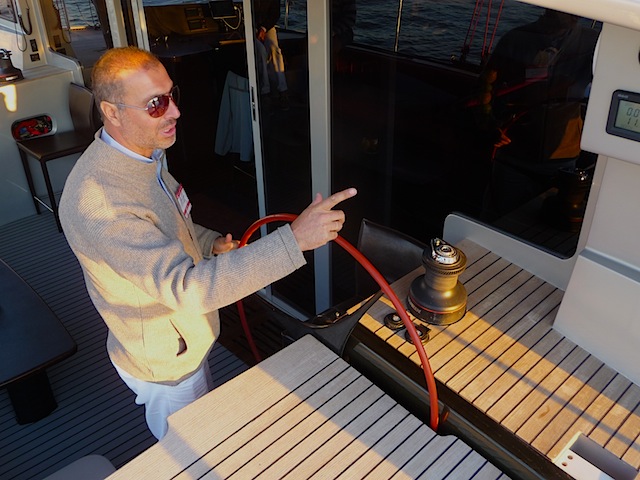 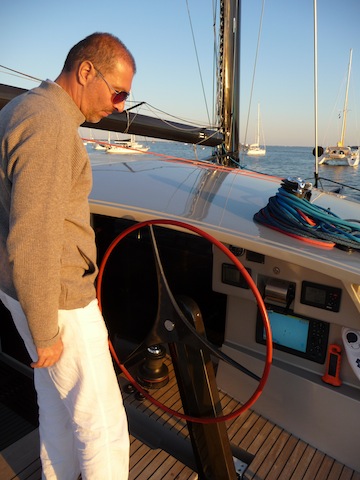 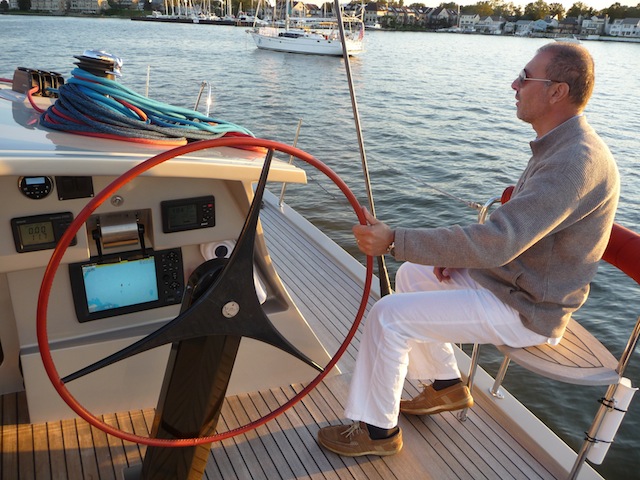 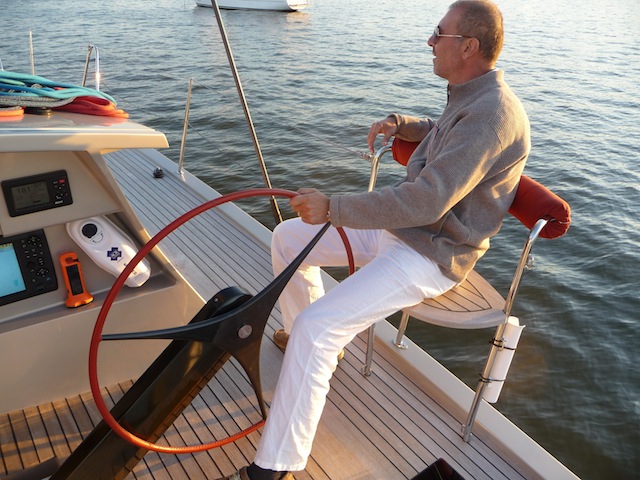 The pivoting carbon steering pedestals. One on each side. They swing all the way from down low in the cockpit footwell out to the gunwales on either side and can be locked in place in four different positions. (That’s Gregor reluctantly playing the model there.) 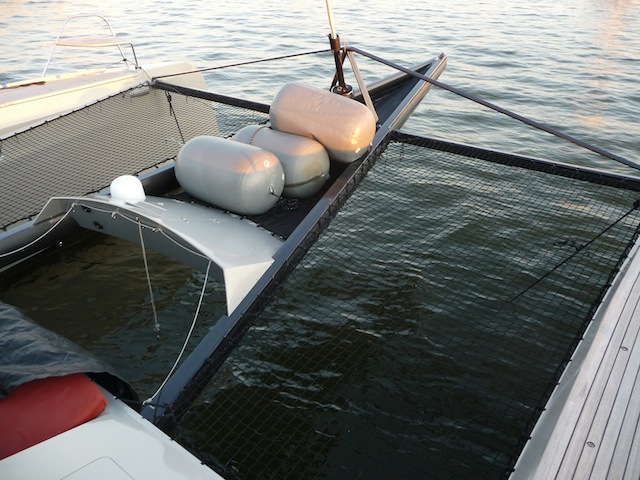 The huge A-frame carbon-fiber bow sprit. The forward crossbeam (also carbon) is bonded into the hulls. The reverse dolphin striker, and the striker stays, are also solid carbon. 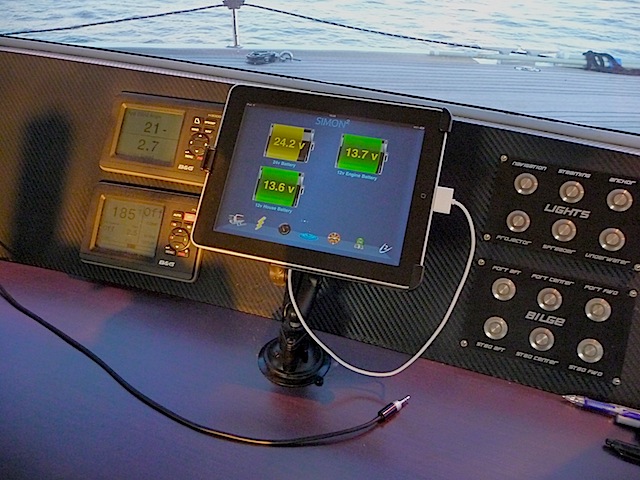 The super-elegant control system, which consists of a few hard-wired buttons and an iPad for most everything else. Propulsion comes courtesy of two 15kW electric motors, fed by a TPPL battery bank and an AC generator. 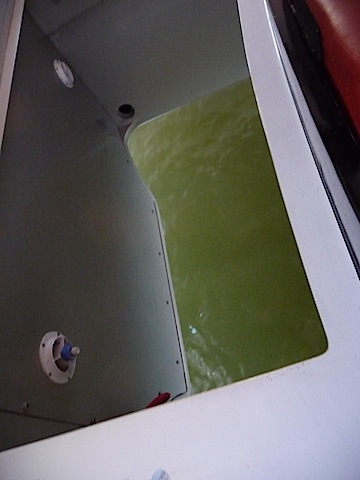 The dinghy cavity under the bridgedeck, in lieu of davits aft. The RIB dinghy is hoisted up into a nacelle under the boat’s central structure and can be accessed when stored through a hatch inside the saloon (above) and outside forward of the crossbeam. 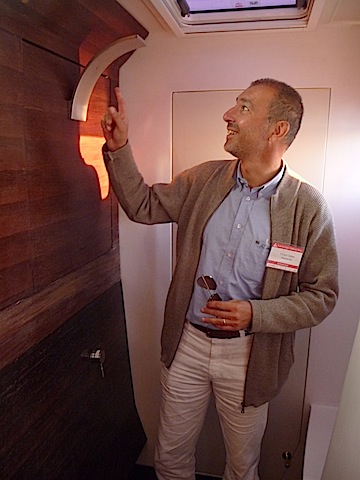 Why exactly was this boat not in the show? (I hear you cry.) It looks great from a distance, but up close and personal the finish quality is somewhat agricultural. “Neolithic” is how Gregor describes it. He’s hoping this will improve as production rolls forward. (Special thanks to owner Paul and skipper Sebastian for allowing me aboard.) 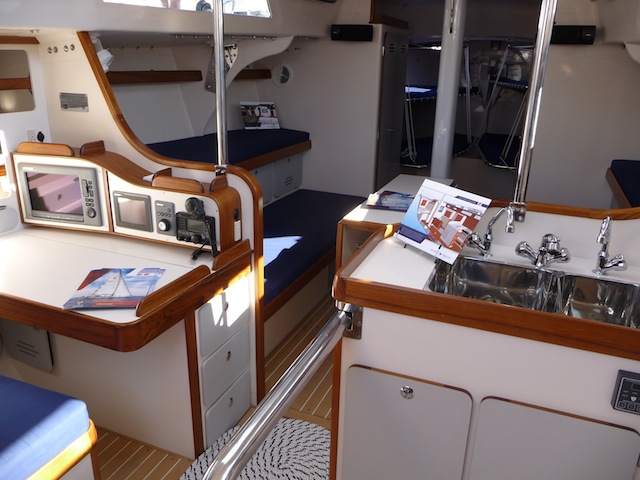 Next up, this is the interior of the new Leadership 44, built by Morris Yachts for the U.S. Coast Guard Academy. Coastie cadets have been sailing around for years in some egregiously antique full-keel yawls and have now finally upgraded. I was all ready to enlist, just so I could play with the boat, but (unfortunately) it seems I am too old. You’ll note the interior is pretty simple, but it sure ain’t shabby. 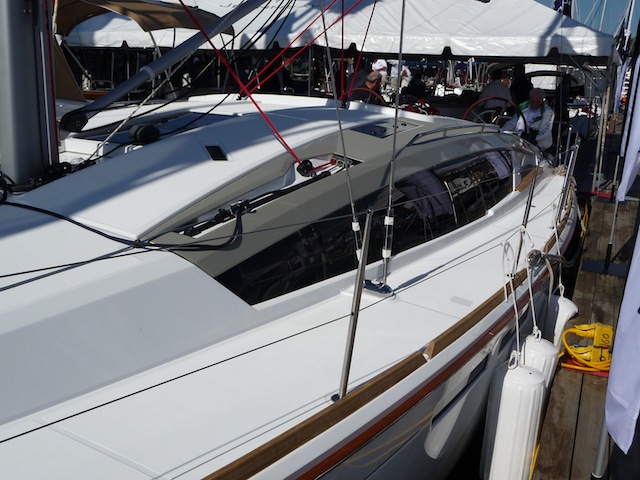 I really liked the two-tone coachroof on this Jeanneau Sun Odyssey 44DS. 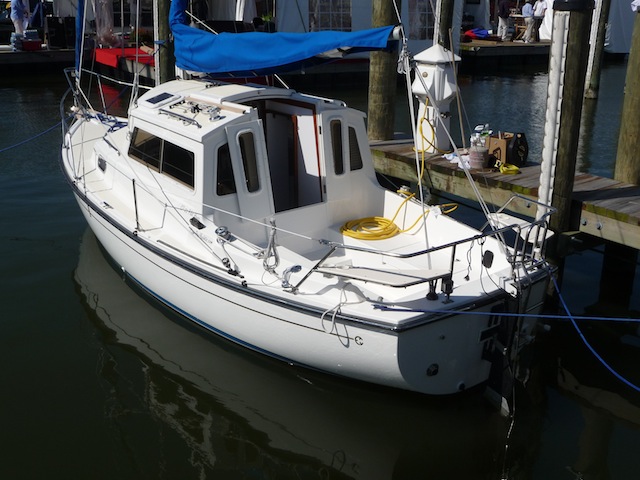 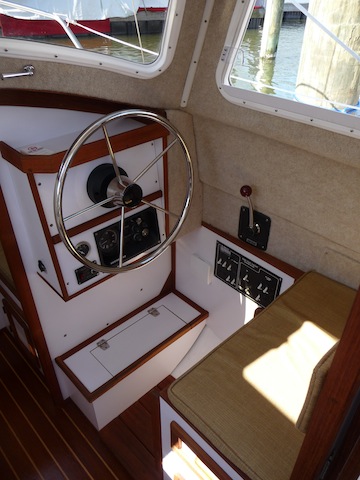 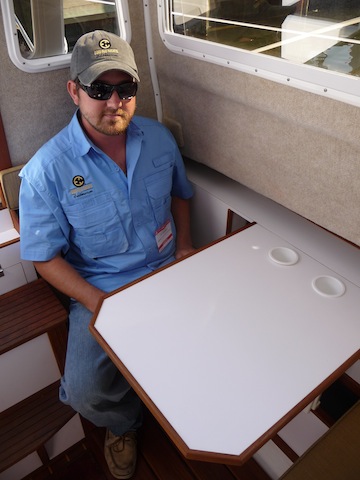 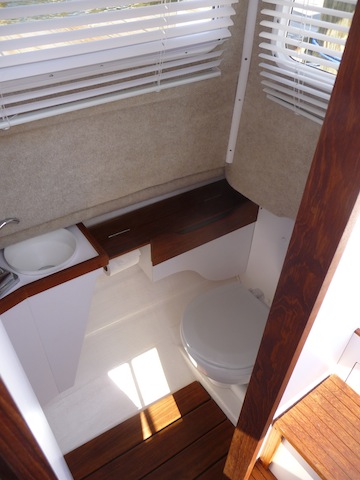 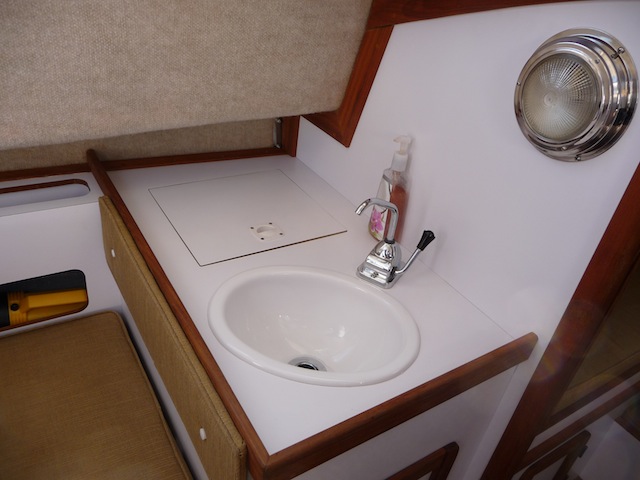 But (I kind of hate to admit it) the boat I liked best was this little Com-Pac 23 Pilothouse model. It truly is an amazing vessel. Same old Com-Pac 23 hull we’ve seen for decades, but with a whole new deck and interior. It is, honest to God, a 23-foot trailerable boat with full standing headroom below for a 6-foot-plus sailor like myself. There’s an inside steering station, a double berth forward, a separate head, and a tiny dinette table. And it works! I fit in everywhere. 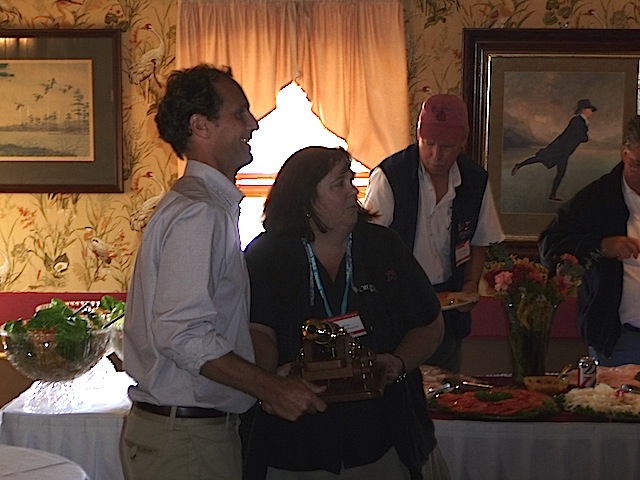 Last but not least, we have a political situation. That’s Josh Adams, publisher of SAIL magazine (my current comic), awarding SAIL‘s annual Industry Leader Award to Sally Helme, publisher of Cruising World (my ex-comic), his most serious competitor. Kudos to Sally for seriously deserving it. Kudos to Josh for seriously recognizing her. 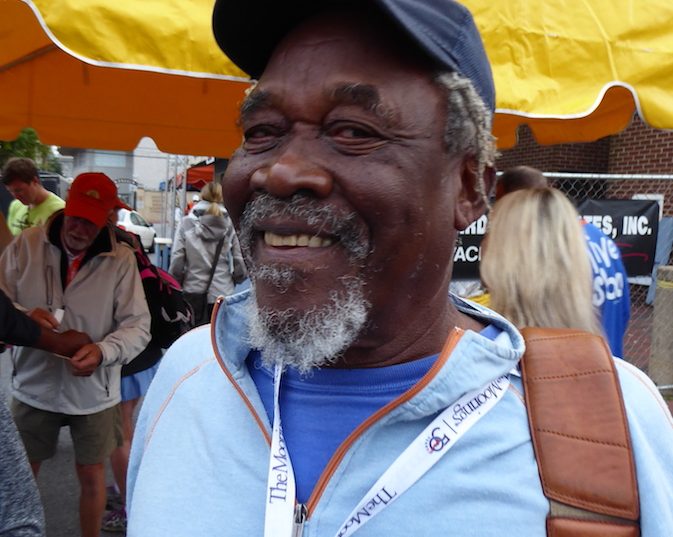