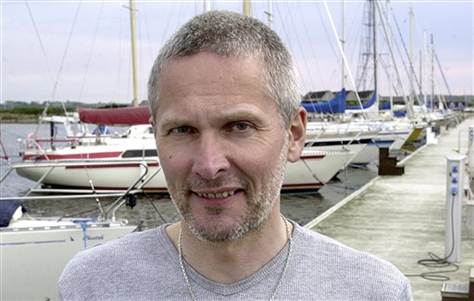 Some good news from the Danish foreign ministry today: the Johansen family (parents Jan Quist and Birgit Marie and their teenage children Rune, Hjalte, and Naja), along with two crew, who were captured by Somali pirates in the Indian Ocean over six months ago, were released yesterday and are in reasonably good health. The Danish government in its statement did not say whether any ransom was paid, but according to sources in Somalia a small plane dropped a payment totaling $3 million immediately prior to the release.

The Johansens and their crew were taken hostage off their 43-foot yacht ING back in February. The following month a Somalian military force attempted to rescue them in an abortive raid that resulted in several casualties. Subsequently, according to a news report that was not widely circulated, a pirate chieftain announced he would release the family if their 13-year-old daughter Naja agreed to marry him. This offer, evidently, was not accepted.

At the time the Johansens were captured they were not in a convoy and were publishing their current position at sea through the SailBlogs website. I have already bloviated on how unwise this was and will not belabor the point again.

I am very pleased to hear the family is safe at last.