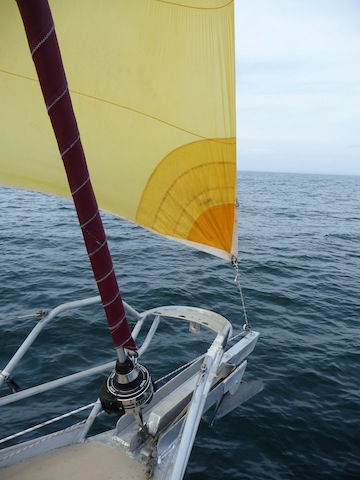 The bride and I spent a night and a day aboard Lunacy this past weekend, sans offspring, and (thankfully) sans mishaps. The wind Sunday, after the fog finally lifted, was light, but steady, so I was anxious to try flying our asymmetric cruising spinnaker from the new bowsprit. Previously, we’d always flown this sail with the tack held to the forestay with an ATN Tacker (essentially a plastic collar that fits around a furled headsail). With the tack four feet forward of the bow at the end of the sprit, we had a distinct advantage sailing deep angles downwind.

Previously, without the sprit, Lunacy could sail under autopilot in a light steady breeze with the spinnaker up at about a 140 degree apparent wind angle, and you could get down to 150 only if you were willing to hand steer. With the sprit, I found yesterday that the sail was stable enough at a 150 degree AWA for the autopilot to steer, and while hand-steering I could flirt with 160. 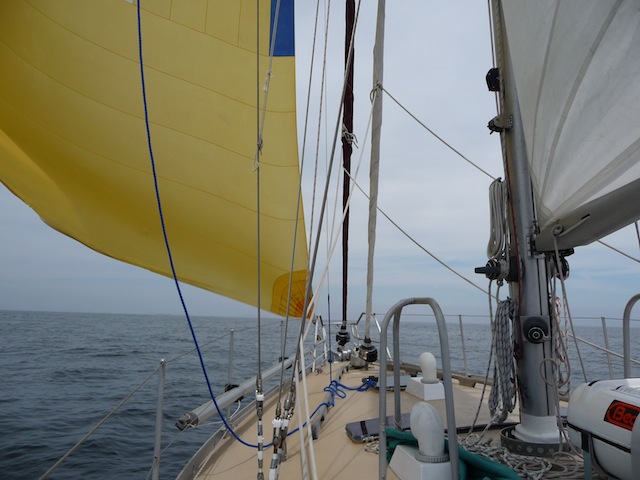 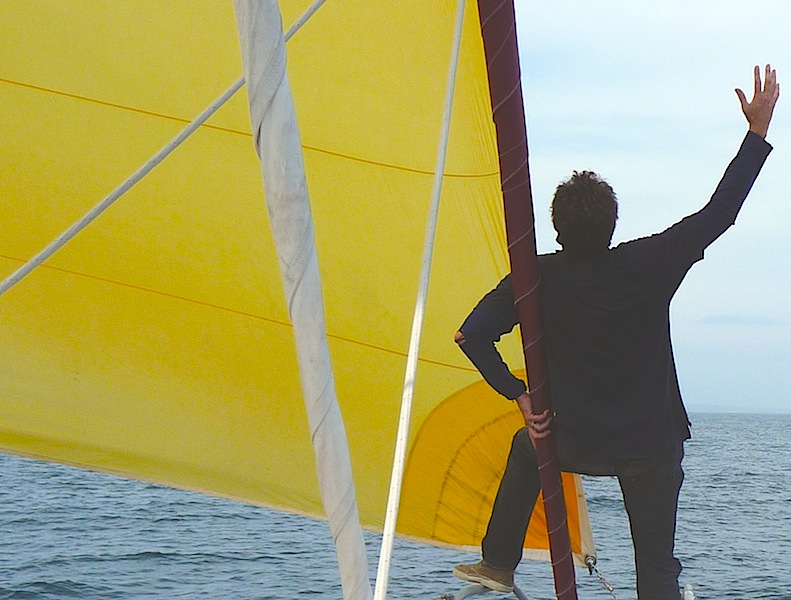 Another advantage: with the sail held further forward, when it does start collapsing it is much less likely to get wrapped around the forestay.

I had also hoped the sprit would let me get the luff of the sail a bit tighter when dancing at the other edge of the sail’s range. But I can’t say I noticed a significant difference. On a close reach the sail is stable enough for the autopilot to steer at a 70 to 75 degree AWA; you can get to 60 degrees (sometimes) steering by hand.

At the end of the day I was wondering if I should have made the sprit a foot longer. This prompted the bride to make some jokes about men and their members.

During the morning, while waiting for the wind to come up, I also spent some time circling the boat in the dinghy sussing out the aesthetic of the new nose from various angles. Now, as I study the photos I took, I’d say the nose (at least as far as looks are concerned) is long enough as is. 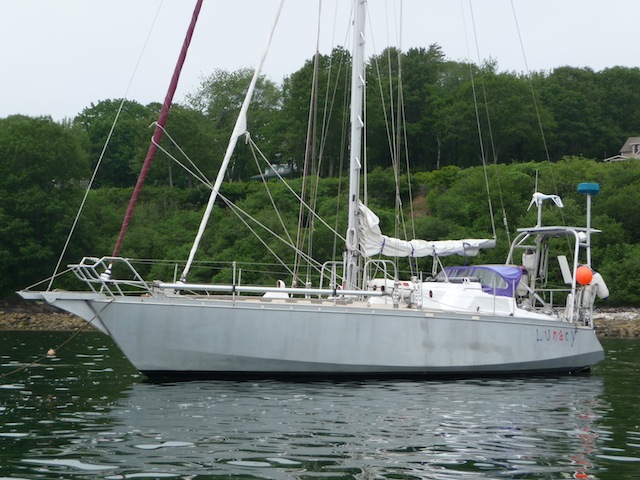 The next step is to get a sail built for light-air upwind work. Doug Pope of Pope Sails has promised to come down to Portland for a consult next week. 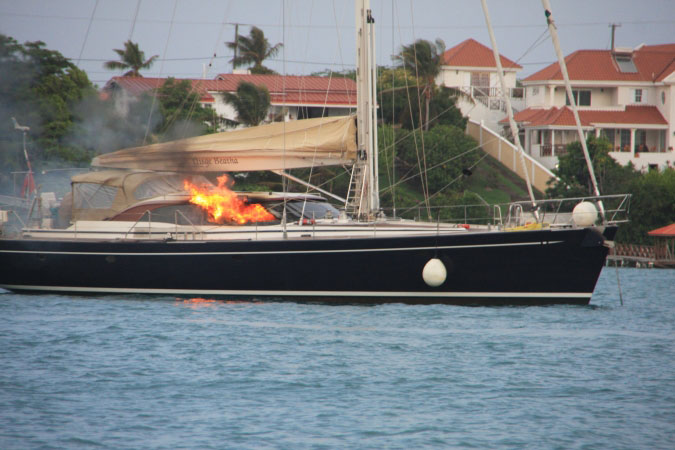 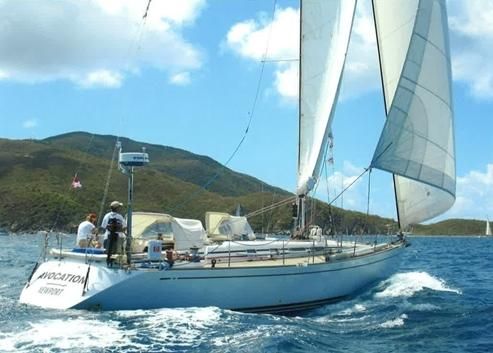