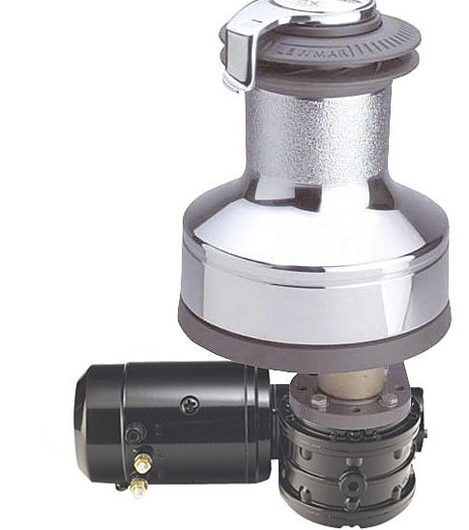 I’ve been trying for a while to figure out exactly what it was that happened in Jolly Harbor, Antigua, back in March. Accounts are vague and somewhat contradictory. As is often the case, Dick Durham, news editor at Yachting Monthly, seems to have developed the best information. The magazine’s most recent web post on the subject describes it, in the words of one eyewitness, as a scene from “an abattoir with body parts all over the cockpit.” According to YM‘s current print issue (p.11), the horrific accident was the result of “a complex riding turn on the drum of [a] foot-operated self-tailing winch.”

What seems clear is that: a) the boat involved was an Amel Maramu, ranging somewhere in size from 50 to 56 feet; b) the winch was electrically powered, built by Lewmar; c) a woman from Venezuela lost her hand and some part of an arm, and also had her other hand crushed, while trying to hoist her husband up a mast; and d) the good Samaritan who tried to rescue her lost 7 (or was it 8?) fingers for his trouble.

My testicles shrivel at the thought of it.

According to YM, the good Samaritan was named John Ahlgren, age 63, from Norway, though other accounts, including the one in the local paper, assert he is Swiss.

According to Practical Sailor, the woman’s name was Lola Khon.

Lewmar, in response to this carnage, has recently issued the following advisory:

On 5 March 2011, an accident occured aboard a 2006 Amel 54 in Jolly Harbour Marina, Antigua while carrying out the lifting operation of a crew member using a self-tailing winch. Currently, an investigation is underway.

Safety is of paramount importance to Lewmar and, in advance of the outcome of the investigation and as part of our ongoing commitment to operational safety, we would like to remind owners of Lewmar manual and electrically-operated winches of the following key points from  the Lewmar Electric 40-77 & Hydraulic 46-111 Winches Manual, Sections 2.1 and 6.1:

–Under no circumstances should any self tailing winch be used in self tailing mode for any lifting operation; rather suitable and adequate manual tailing should be arranged with proper means of manually cleating or stopping the hoist.

–Isolate the winch using circuit breaker/isolator when not in use.

–Only persons who are completely familiar with the controls and those who have been fully made aware of the correct use of the winch should be allowed to use it.

–It is the unavoidable responsibility of the owner or master or other responsible party to assess the risk of any operation on the vessel.

All safety notices are available in the relevant Lewmar Technical Manuals on Lewmar.com. Click on Support, then Product Literature, and filter by product. If you have any questions about the safe operation of a Lewmar product, please email press@lewmar.com.

It also seems clear that none of the severed body parts were successfully reattached to their bodies at the hospital. Again with the testicles. It all reminds me of a recurring nightmare I had as a child, where someone’s arm or leg would get chopped off by an outboard motor. In those dreams I always carefully collected the missing limb, just in case it could be reinstalled.

More specifically, I see two major morals to the tale of woe in evidence: 1) powered winches (and windlasses) must be respected; and 2) when going aloft you should have some way to secure yourself to the mast so the line you’re on can be cut if all hell breaks loose on deck.