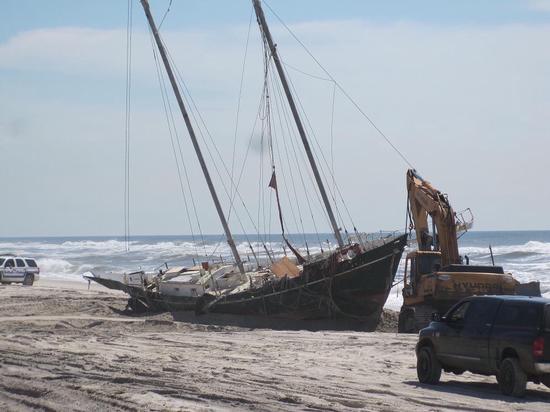 The Tom Colvin schooner on which I blogged earlier, which purportedly was wrecked by its owner’s son after he borrowed it without permission, was removed from the beach at Fire Island last week. The skinny at Saltaire38 has it that the owner gave the guys who took it out some cash plus the boat for their trouble. They hoped to sell it, but damaged the hull with their bulldozer. Locals now are guessing it will be cut up and removed from the island in pieces. 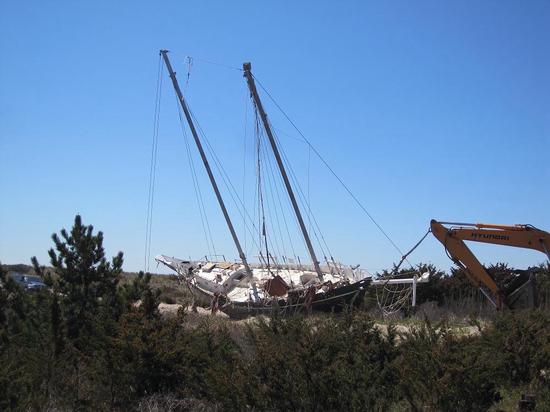 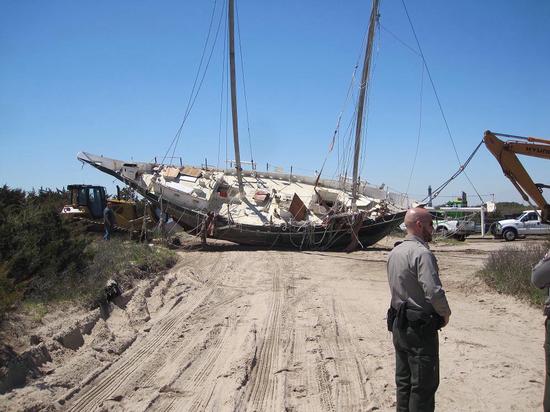 These photos I’ve posted are from a discussion forum at Northeast.com. There’s also a great gallery of photos by a fellow named Frank Marcus you can look at here.

Also, you can read a little more about the incident and see an aerial shot of the wreck at this Coast Guard Auxiliary publication here.

Tis a sad end to a great boat. 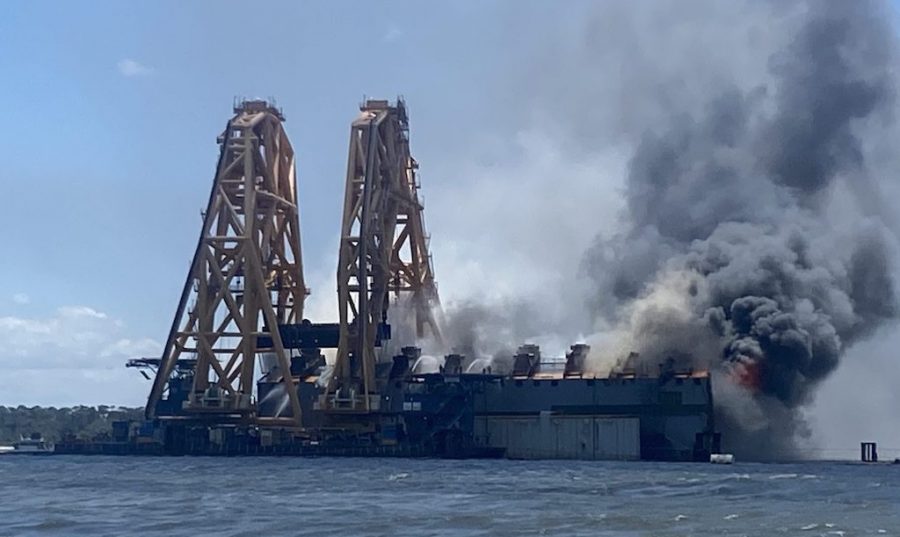