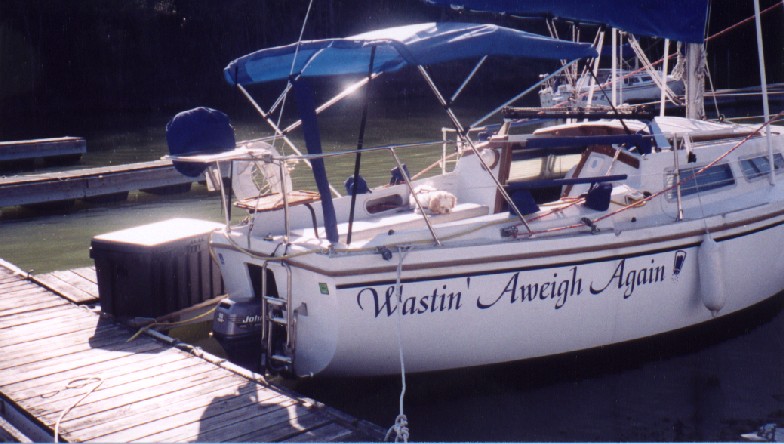 A rose is a rose, it is said, and smells just as sweet by any other name. Would that it were true of boats. In fact, it seems many boats these days have perfectly horrible names. Glancing around at transoms in marinas and mooring fields, I must blush and/or wince at half the names I see.

I realize this is a subjective topic and that one mariner’s bon mot is another’s bad joke. But based on my own observations, I’d say many of you boatowners out there have created very dangerous situations with your boat names, wherein your boat’s self esteem may be so threatened it might at any moment, out of sheer embarrassment, cease to be a boat. Needless to say, there could be grave consequences if you and your family happen to be on board when this occurs.

Those who must immediately change their boat’s name (they should know who they are by the end of this post) may complain that to do so will bring bad luck. Certainly there are various deities who take great offense when a boat’s name is changed improperly, but these same deities will also cause trouble if a boat’s name is just plain silly to begin with. By taking appropriate measures, however, the un-naming and re-naming of a poorly named boat can be performed quite safely and should greatly improve performance.

How to Un-Name Your Boat

The following is an ecumenical un-naming procedure that encompasses the tenants of all relevant religions and belief systems and is guaranteed to be 100 percent effective. It should not, however, be used on anything other than a boat.

First, walk (or swim) around your boat three times in a counter-clockwise direction (or clockwise, if you are in the southern hemisphere). Next take one red human hair, which must be exactly six inches long and must be from a genuine redhead, wrap it around a rabbit’s foot three times in a clockwise direction (or counter-clockwise, if you are in the southern hemisphere), then soak the rabbit’s foot liberally in rum. It should not be cheap rum, but the most expensive you can reasonably afford. Rub the rum-soaked rabbit’s foot vigorously over your boat’s existing name, then drink the rest of the rum. Throw the rabbit’s foot over your left shoulder into the sea.

Next remove all traces of the boat’s existing name. It is not enough merely to paint over the old name; it must be obliterated entirely. This means getting out the sand-blaster, the grinder, the heat-gun, whatever it takes to physically erase the monstrosity from your transom.

You must also remove the old name from any ancillary equipment or documents, or, if this is not possible, said equipment and documents should be destroyed by fire. This is especially important, so be careful you don’t overlook anything.

Once you have finished un-naming your boat, you must never again mention the old name. To re-name your boat, simply follow all the usual procedures. Smash a bottle of champagne on her bow and utter some appropriate christening-type words, then distribute more champagne and other inebriants to whoever happens to be around. Sailors, of course, must to be sure replace the coin under the mast with a new one in order for the new name to take.

If this sounds drab, you might try a Viking christening. Evidently they believed that for a ship to have good luck its keel must taste the blood of a virgin prior to touching water. To make sure things went smoothly, they lashed virgin slaves (both male and female) to the keel blocks they used in launching a ship. As it slid into the water, the ship neatly crushed the bodies of the slaves and so bloodied its keel and theoretically lived happily ever after. This procedure unfortunately is now illegal in many jurisdictions, so be sure to consult an attorney before performing it.

Of course, the trickiest part about re-naming your boat will be selecting a new name. After all, you don’t want to have to go through all this again. Though success can never really be guaranteed, there are some simple rules to follow.

First, never make your boat’s name a pun. This is easily the most common mistake. Remember, your boat needs a name that will dignify it, not humiliate it, and there is no such thing as a dignified pun. It is okay to use an unintentional pun, but you should not change the spelling of the name to emphasize the pun once you discover it.

You should not select a name that is so obscure and esoteric, or blatantly unintelligible, that it’s meaning is known only to you. This disease, admittedly, is most prevalent among sailors, especially those who have attended too many graduate schools or own all 13 volumes of the Oxford English Dictionary. 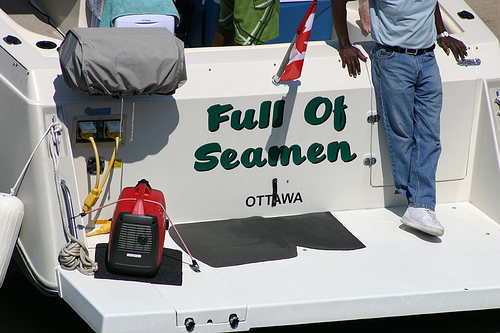 It is permissible, of course, to name your boat after any random female. Your mom, your sister, your dental hygienist, whoever. This is the most traditional approach and hence the most foolproof way to curry favor with interested deities. It is generally not wise to name your boat after a male, except if the male is a famous historical figure, a dead sailor or soldier, or a financial benefactor, particularly one whose munificence allowed you to purchase the boat in the first place. In these cases you should, of course, still always refer to the boat as a “she.”

In keeping with the financial benefactor theme, it is also permissible to give your boat a name that reflects your own professional calling or status. Again, however, you must resist the temptation to make the name a pun.

Another common ploy is to use a superlative adjective, though one must be careful here. If you select an adjective that is so superlative as to sound bombastic, the deities may think you are bragging and squash you like a bug just to teach you a lesson. (We will recall, for example, what happened to the good ship Titanic.)

Of course, there are any number of other appropriate themes and subjects that can form the basis of a good name, so don’t be afraid to use your imagination. If you are uncertain as to whether a particular name is offensive, there is a simple test you can perform. Write the name on a clean strip of sheepskin, then soak it in the blood of a virgin killed in a Viking christening ceremony. If the sheepskin turns the color of Pepto-Bismol, then the gods don’t like it.

Otherwise you’ll have to take your chances. You may find it takes a few boats to get the hang of naming them correctly. Take, for example, my old boat Crazy Horse. I thought this was perfectly acceptable, falling as it does within the male-historical-figure rule, but it turned out hardly anyone now remembers the once-famous Sioux chief who defeated Custer at Little Big Horn. Most people I met while cruising on the boat thought I had named it after a rock band (very tacky) or a Parisian strip joint (possibly a violation of the scatological rule).

It turned out I didn’t do so well with Lunacy either. I thought I was being clever naming the boat after both my daughter (Lucy) and stepdaughter (Una). Even worse, I thought I was being ingenious when I came up with the color scheme for the graphic I put on the boat’s stern: blue for L, C, and Y; red for N and A; and purple (blue and red mixed together) for U (the one letter both names Lucy and Una have in common.

In fact, however, whenever I check into a marina or port somewhere and say the name out loud, people think I’ve named the boat Luna-Sea. Which is a clear violation of the pun rule and is so cliché I absolutely want to shrivel up and die.

Next time around I’m thinking I’ll probably buy some leaky old wooden fixer-upper and name her something like Incontinent. But, then again, maybe that’s just asking for trouble. 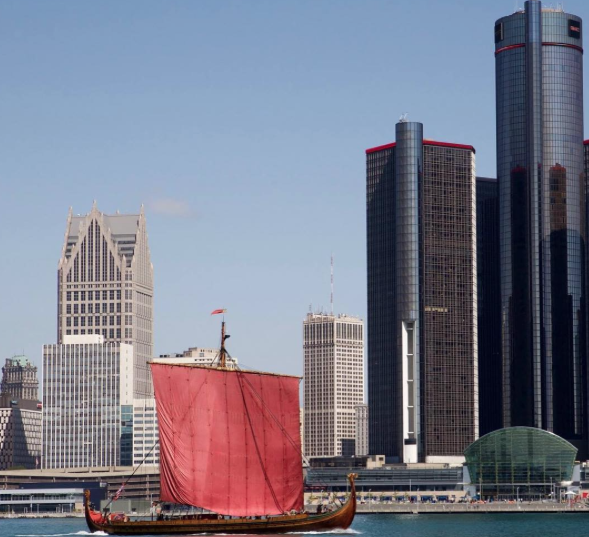