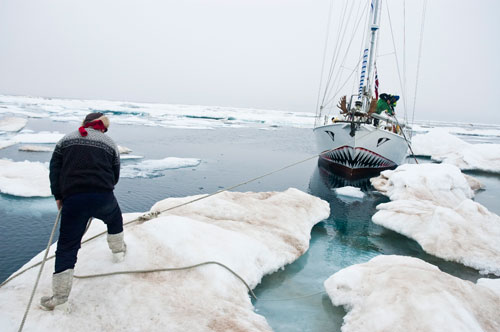 I’m still up to my eyeballs in Miami. I’ve sailed three boats here over the past two days, and tomorrow I’m driving five hours to sail two more up in St. Augustine. But in between boats I have been following the news and thought I better throw in my two cents on the latest big rumpus in the cruising world.

Everyone and their mother now knows that Somali pirates have killed four American voyagers they took hostage off the coast of Oman. But I reckon fewer people are aware that Norwegian adventurer and madman Jarle Andhoey has gone missing off Antarctica on his 47-foot steel sloop Berserk.

I won’t insult your intelligence by restating the particulars in the pirate story. The best story online I’ve found so far, interestingly, was posted by the New York Daily News (or the Noise, as I used to call it when I lived in New York). They caught the all-important detail that Scott Adam, the bible-toting skipper of the 58-foot cutter Quest that was taken by pirates last Friday, was an ex-Hollywood director who once worked on such important TV shows as The Love Boat and The Dukes of Hazzard. But the more salient fact that really caught my attention was that Quest was being trailed by four American warships, including the aircraft carrier Enterprise, when the excrement hit the fan.

As for Jarle Andhoey and Berserk, I refer you to this link from the Sydney Morning Herald. All that is known at this point is that Berserk‘s EPIRB went off Tuesday while she was in the Ross Sea. It is believed that Andhoey had previously put ashore two crew who were attempting to reach the South Pole and that two others were still on Berserk with him when the EPIRB was activated. Sometime Tuesday night the EPIRB ceased transmitting, and a New Zealand navy vessel that arrived on the scene earlier today found no trace of Berserk. The navy vessel has retreated due to truly atrocious weather, but two other vessels are now en route to continue the search.

Andhoey has been courting danger in high latitudes as far back as the late 1990s, when he first voyaged to Antarctica aboard his first Berserk, a 28-foot fiberglass Albin Vega sloop. To get a good idea of how truly crazed he is (or was), I urge you to read the book Berserk in the Antarctic, by David Mercy, an American backpacker who crewed with Andhoey on that first voyage. More recently, since acquiring a bigger boat, Andhoey has been running adventure-sailing charters and I gather has also been the subject of a film.

Before inflicting my entirely irrelevant opinions on you, I should say first that my heart goes out to the families of Scott and Jean Adam, Phyllis Macay, and Bob Riggle, who were all killed aboard Quest. I also pray fervently that Andhoey and his crew will survive whatever ordeal they have encountered.

But the fact is all these people deliberately sailed into areas where they could reasonably expect to run into serious trouble. Their motives for doing so were entirely personal. They certainly deserve our sympathy, and I certainly admire their courage, but I’m not so sure we should expend enormous resources (e.g., aircraft carriers!) trying to pull their butts out of the fires they threw themselves into. When we do expend resources saving people like this, as I’ve said before, they should be charged for the trouble. 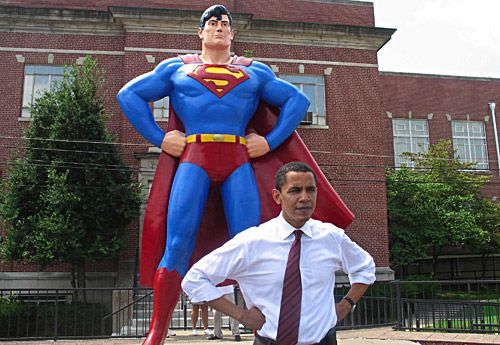 I also have some advice for President Obama: this is your chance, big boy! Send some U.S. Marines into Puntland to shut down some Somali pirate havens, a la Tom Jefferson and the shores of Tripoli, and you’ll have much more cred with gun-toting Republicans who think you were born outside the U.S. and hate the fact you are beige instead of white.

UPDATE: Thursday 2/24. Turns out Jarle Andhoey is one of the two crew ashore trying to travel overland on ATVs to the South Pole. That figures, I guess. He and his companion, 18-year-old Samuel Massie, have phoned in and are now returning to Scott Base, where they were first put ashore. Weather has improved and the search for Berserk is continuing, but prospects for finding the vessel and the two Norwegians and one Brit aboard now seem poor. See this Sail-World story for details.