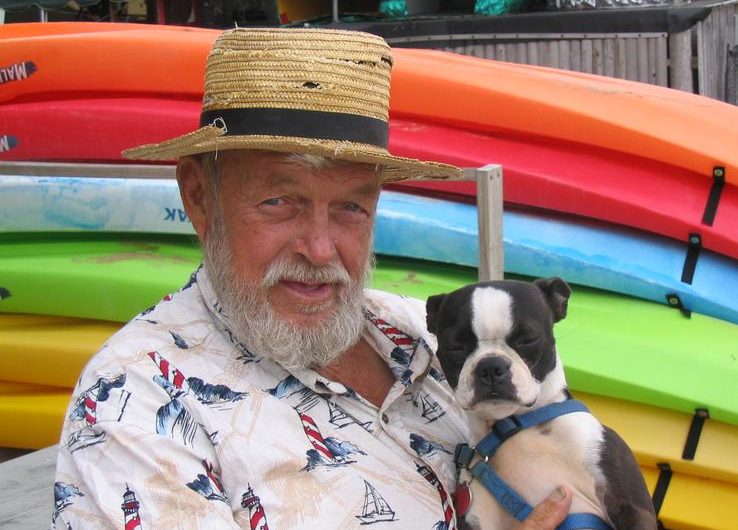 Ah, mortality. It says something of the sort of man he was that I first learned of the recent demise of my old cruising acquaintance Poppa Neutrino while reading the Wall Street Journal this morning. You’ll recall I blogged about him in November, when his attempt to circumnavigate the world on a raft made of trash came to an ignominious end on Lake Champlain. He was, in one sense, little more than a vagrant homeless man, but this never stopped him from living large.

Turns out old Poppa was living on borrowed time. Just three days before setting out on his raft from Burlington, Vermont, back in November he had a pacemaker installed and his doctors urged him to abort his trip.

“I told them destiny was waiting for me,” he later remarked, after his raft was destroyed at the foot of a cliff just 10 miles into the voyage.

Previously Poppa suffered a heart attack during his voyage across the Atlantic aboard another raft made of trash in the summer of 1998. He finally died of heart failure this past Sunday in New Orleans, where he was visiting his daughter. According to a report in the Burlington Free Press, a friend of Neutrino’s, Mike Winkler of Burlington, who drove down with him part way last week, said Neutrino spoke several times during the trip of his impending death. 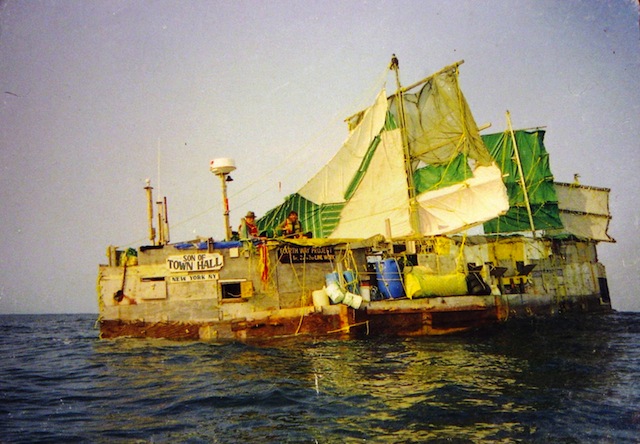 Besides his many nautical exploits (which included successful raft voyages across the Atlantic, to Cuba, and down the Mississippi River, as well as a few other aborted adventures), Poppa was an erstwhile jazz musician, a North Beach beatnik in San Francisco during the 1950s, a preacher, a war correspondent, and a sign painter, to name but a few of his past identities. You can see him performing some music in this video here, or if you have a whole hour to kill, I heartily recommend you watch the documentary film, Random Lunacy (2007), that chronicles his life and can now be viewed on Hulu.

I cannot say I knew him well, but I feel very privileged to have met the man.

(PS: Isn’t that Regatta Dog from Sailing Anarchy hanging with Poppa in the photo up top???)