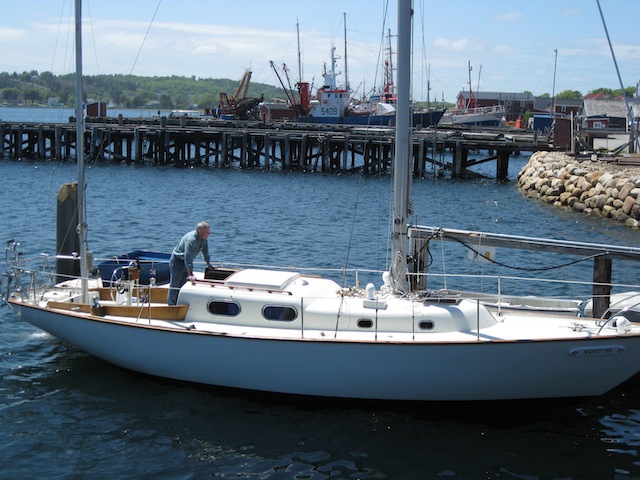 It staggers me to think that in just a few short years my old fiberglass yawl Crazy Horse (built in 1964) will be half a century old. She’s been fortunate in that she’s had owners who have continually maintained and upgraded her. When I owned her, back when she was merely 30 years old, I focussed mostly on utilitarian stuff and didn’t worry so much about aesthetics. I could never convince myself her hideous faux-wood Formica interior was attractive, but I did learn to live with it. My best trick was to hang lots of wild, colorful artwork to draw attention away from it. I also pretty much ignored the crazed grey gelcoat. These days the old girl belongs to Don Wilson, of Lunenburg, Nova Scotia, who has renamed her Eventide and has done her up proper.

As you can see up top, he has repainted the topsides and deck. He has also repainted and refinished the interior: 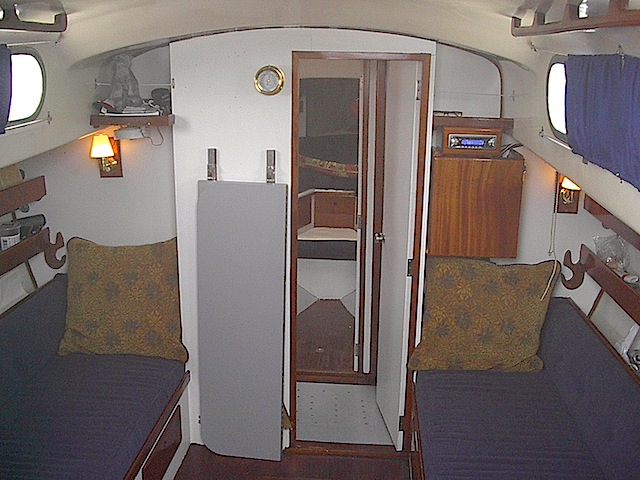 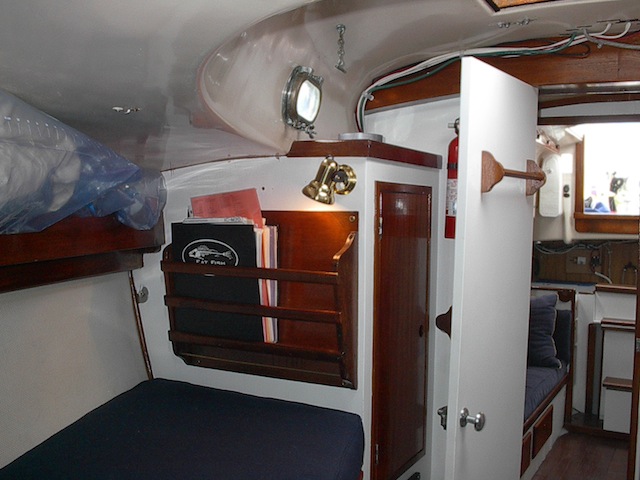 The owners before Don, who cruised the Caribbean for a couple of years, were like me and made prosaic upgrades. They rewired the boat, bought new primary winches, added an SSB radio, and other stuff like that. Don, in addition to making her look pretty, has installed new lighting, replaced the VHF, added a chartplotter, rewired the mast, rebuilt the forward hatch, and replaced the water tank and all the plumbing. He tells me he plans to sail her south in another couple of years.

I am sure, in the end, she will outlive us all. 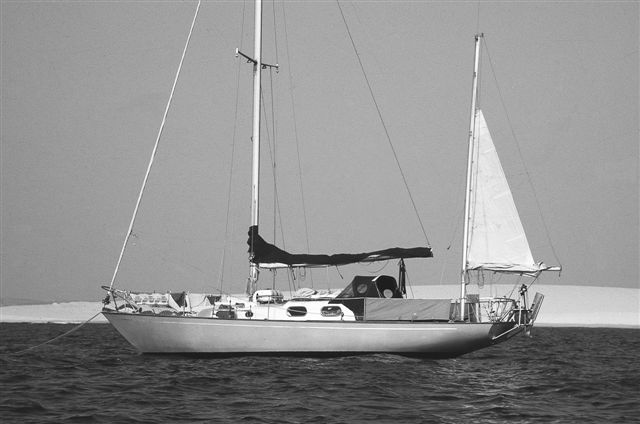 This is what she looked like when I was sailing her. A bit rough around the edges, but she did get around. This shot was taken in the Cape Verdes in spring 1997.