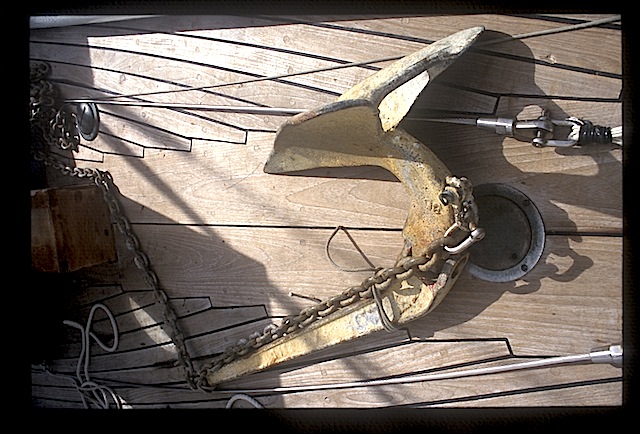 Speaking of fouled anchors (see the last paragraph and photo of my last post), here’s a neat little trick I learned while sailing with Don Street aboard his antique yawl Iolaire in the Fastnet Race. We were becalmed off the south coast of England, confronting a soon to be extremely contrary tide, and were wondering if we might soon have to anchor to keep from losing ground. Because we’d be anchoring in very deep water in uncertain holding ground, Don absolutely insisted we “becue the anchor” to prepare it for launching.

None of the crew had any idea what he was talking about. Needless to say, he was very happy to demonstrate.

The concept is quite simple. Instead of shackling your rode to the stock of your anchor, shackle it instead to the head of the anchor. Then lash the rode to the end of the stock with some light line. As you can see in the photo up top, Don likes to add another bit of lashing in the middle of the stock.

Set the anchor as you normally would. If the anchor gets fouled and won’t break out when you try to hoist it, you then yank on the rode hard enough to break the lashing on the stock. You’ll likely need to come up short on the rode and use your engine to do this. But once the line is broken, the rode will be pulling directly on the head of the anchor, and the anchor should come clear directly.

From time to time you’ll see fancy new gadgets on the market that promise to help you retrieve hopelessly fouled anchors. They are normally just variations on this age-old theme. One way or another they shift the rode’s attachment point from the end of the stock to the head of the anchor. You really don’t need a gadget to do this. Some twine or even a plastic wire-tie should do the trick.

But note that the weight of the lashing you use is important. It should be heavy enough that it doesn’t break under normal loads as an anchor pivots and resets itself during a big wind shift, but also light enough that you can break it when your anchor truly is stuck. Because there is some risk of a becued anchor breaking out accidentally, it may not be wise use this tactic when settling into an anchorage long term. But for short-term anchoring in foul holding ground, it can be quite handy. 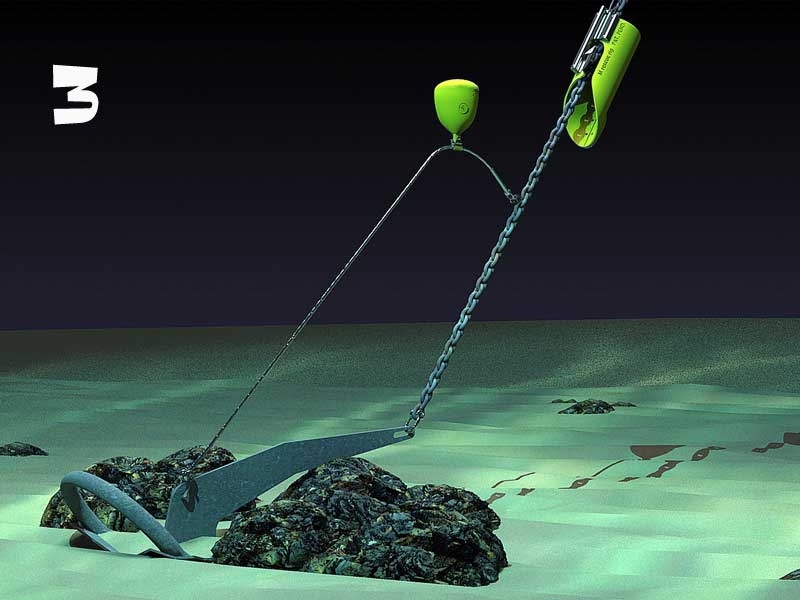 The latest new product that employs this same principle is the Anchor Witch. As you can see in this photo and in the video here, the system has a weighted messenger that drops down the anchor rode to connect with a pennant made off to the anchor’s head. Seems elaborate and a bit fussy to me, but it should obviate the risk of an anchor breaking out accidentally. 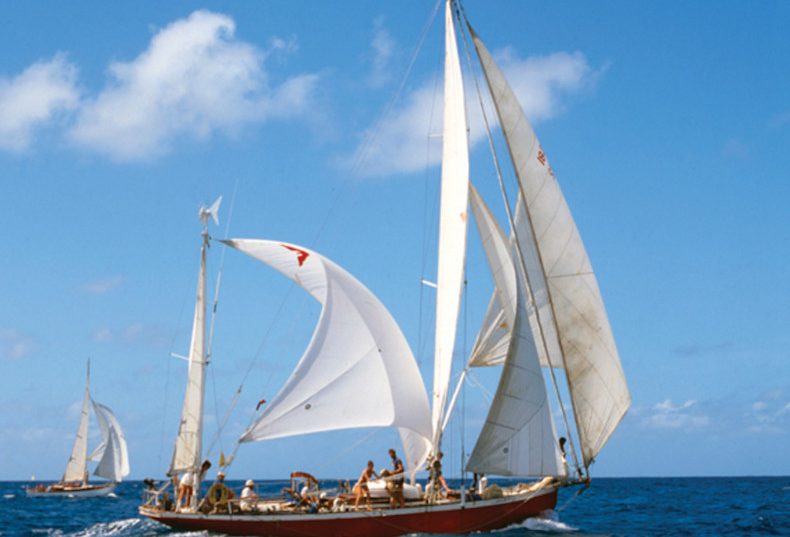 DON STREET’S IOLAIRE: Lost On the Coast of Ibiza