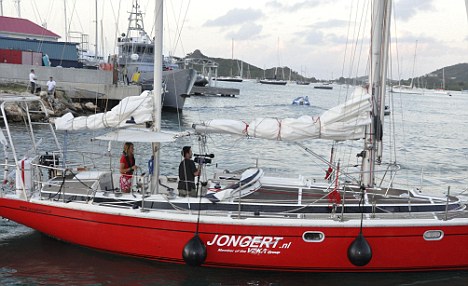 What a difference a year makes. Last December right about this time I posted a story about Laura Dekker getting busted in St. Maarten after she ran away from home so she could sail around the world alone without the Dutch government messing up her plans. The kill-joy government deported her butt back to Holland and for a while it looked like she wasn’t sailing anywhere. This year she sailed into St. Maarten and cast anchor in Simpson Bay on Saturday after a 17-day passage from the Cape Verdes aboard Guppy, her 38-foot Jeanneau ketch. This time she looked much happier.

After finally getting permission to sail from the government, Laura, now age 15, departed Holland in early August with her dad, then struck out alone from Gibraltar later in the month for parts south. Since then she’s spent time in both the Canary Islands and the Cape Verdes. The passage to St. Maarten seems to have gone fairly smoothly, with a mix of both strong and light conditions. The only significant problem occurred just two days shy of landfall when the steering oar on Guppy‘s windvane sheared off. As Laura recounts in her blog, putting on the spare blade in a brisk breeze was a bit challenging, but she seems to have managed fine. 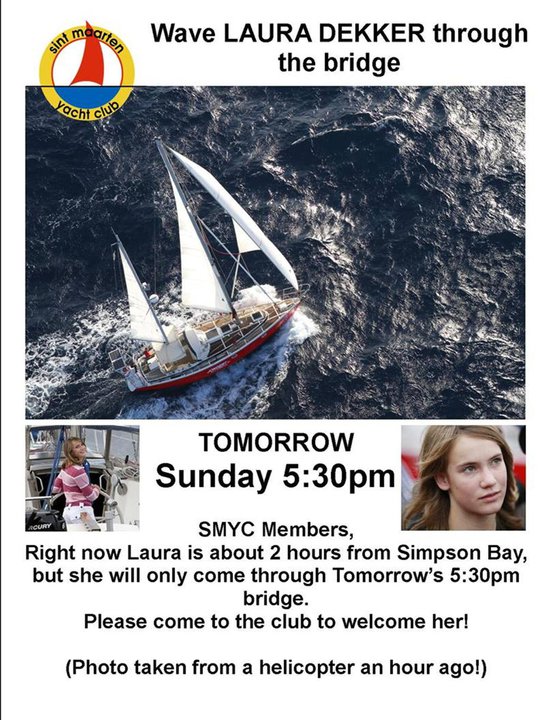 Dekker’s current plan is to cruise the West Indies and transit the Panama Canal sometime in April or May. (The canal recently was closed for only the third time in its history due to flooding caused by torrential rains, but is now open again.)

In her blog, Laura posits that she may be the youngest person ever to have sailed solo across the Atlantic. But in fact this accolade currently belongs to Mike Perham, who made a similar tradewind Atlantic crossing in 2007 at age 14. Laura is hoping her proposed 2-year west-about tradewind circumnavigation will make her the youngest person ever sail around the world alone. Right now that record belongs (unofficially) to Jessica Watson, who completed a non-stop circuit from Sydney, Australia, earlier this year and is now a bonafide public figure. Meanwhile, Abby Sunderland, who embarrassed herself trying to cross the Southern Ocean in winter and had to be rescued, is probably wishing she was, too.