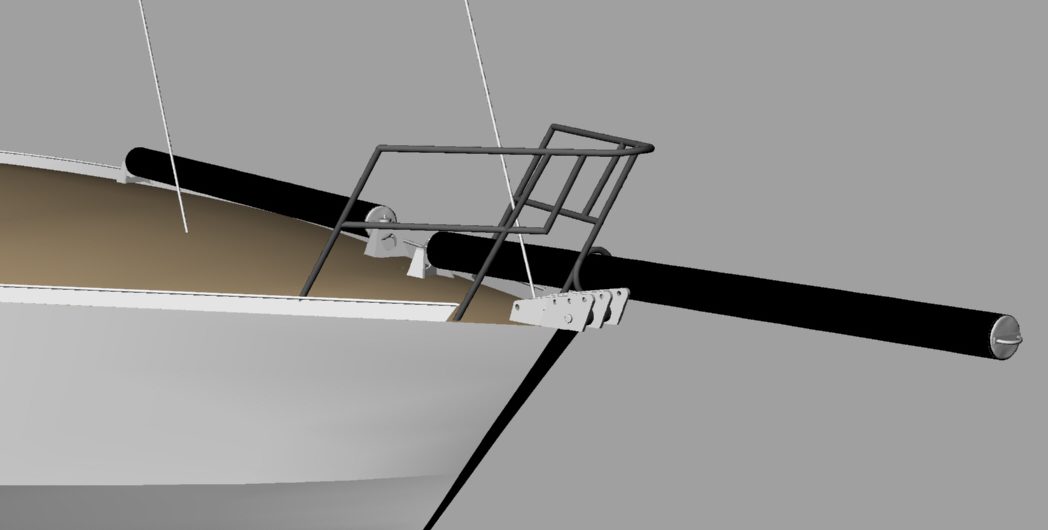 As Martin Luther King once put it: I have a dream. His was most admirable; mine is a bit selfish. Pretty much ever since I acquired Lunacy, I’ve had visions of a bowsprit of some sort dangling off her bow. Something that would allow me both to fly an asymmetric spinnaker in a sock forward of her stem and a Code 0 sail on a furler, so I can sail the boat to windward more easily in light air without having to change the working jib to a big genoa.

This winter I’m thinking maybe my dream will become reality, so I asked Yves-Marie Tanton, who originally designed Lunacy, for his thoughts on the subject. I was a little amazed when he promptly sent back the drawings you see up top and below.

I explained to Yves-Marie that I was thinking in terms of a fixed sprit, not too long, and supported from underneath. As much as I love the idea of taking a sprit way out there, my understanding is you can only do this with an A-sail sprit. If you want to fly a Code 0, with a luff set up super taut so you can carry the sail to weather, you need a very strong sprit, as the Code 0 luff will in fact be carrying the headstay’s rig load when the sail is loaded.

A friend of mine, Neil McCubbin, who sails an aluminum Garcia, recently had such a sprit added to his boat. He sent me some pix to help inspire me, and I shared these with Yves-Marie: 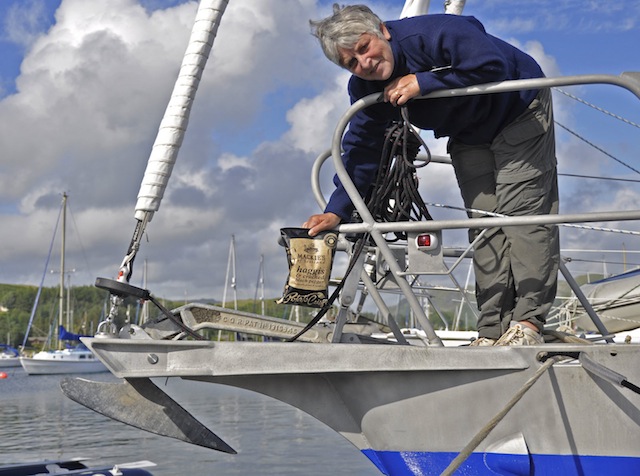 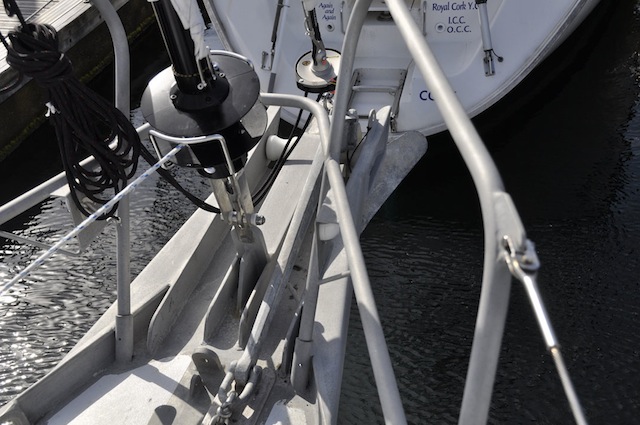 As you can see, Neil’s bowsprit is pretty swank. (That’s his beautiful bride Helen posing over it with the bag of haggis-flavored potato chips.) The guys at Garcia in France, who are real artists when it comes to welding aluminum, put it on for him. I showed these same pix to Brian Harris at the Maine Yacht Center, where Lunacy is sleeping this winter, and he said it would be both easier and cheaper to put on a simple A-frame sprit, made from a pair of aluminum tubes, that could be supported underneath by a bobstay made out of high-modulus rope.

But Yves-Marie doesn’t like the idea of a fixed sprit. He proposes using a 10-foot removable aluminum pole, with 6 feet of it projecting forward of the stem. He seems to think a nice beefy pole like this, well supported on deck, can handle a Code 0 sail without a bobstay underneath. Note that in his drawings here the pole is shown both in its deployed position and in stowed position in chocks on deck: 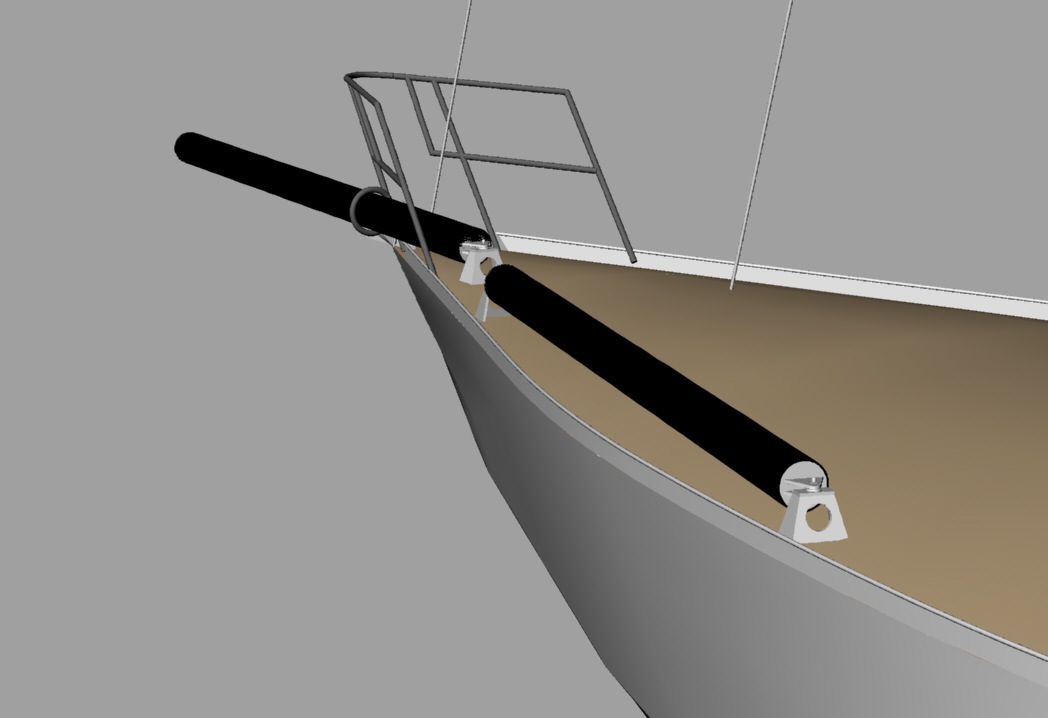 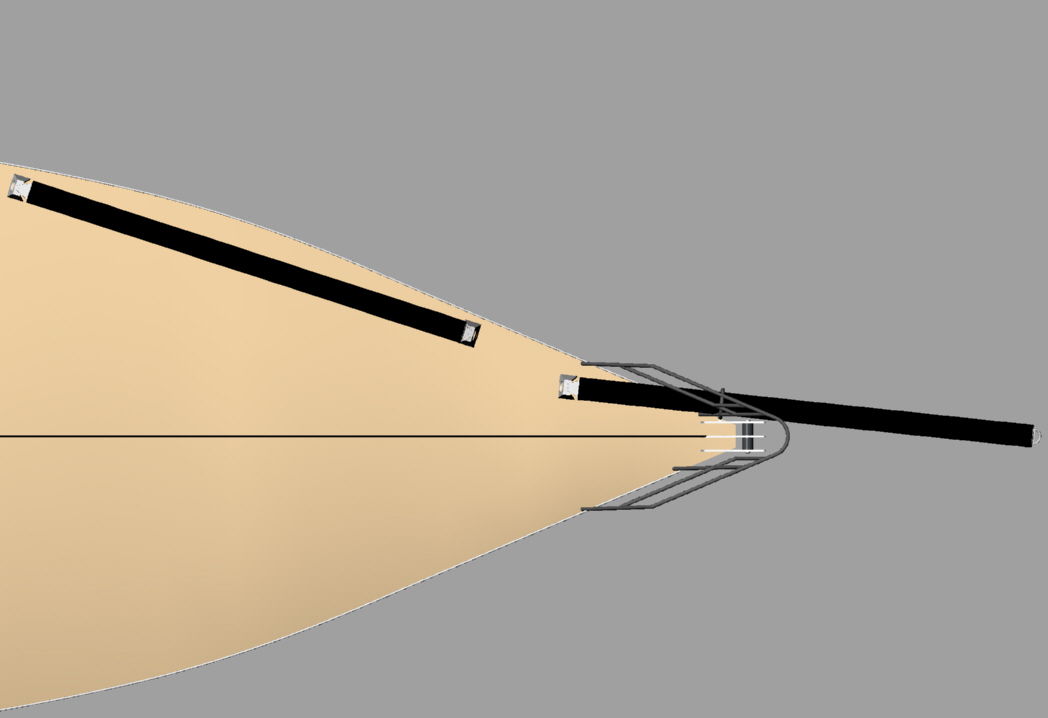 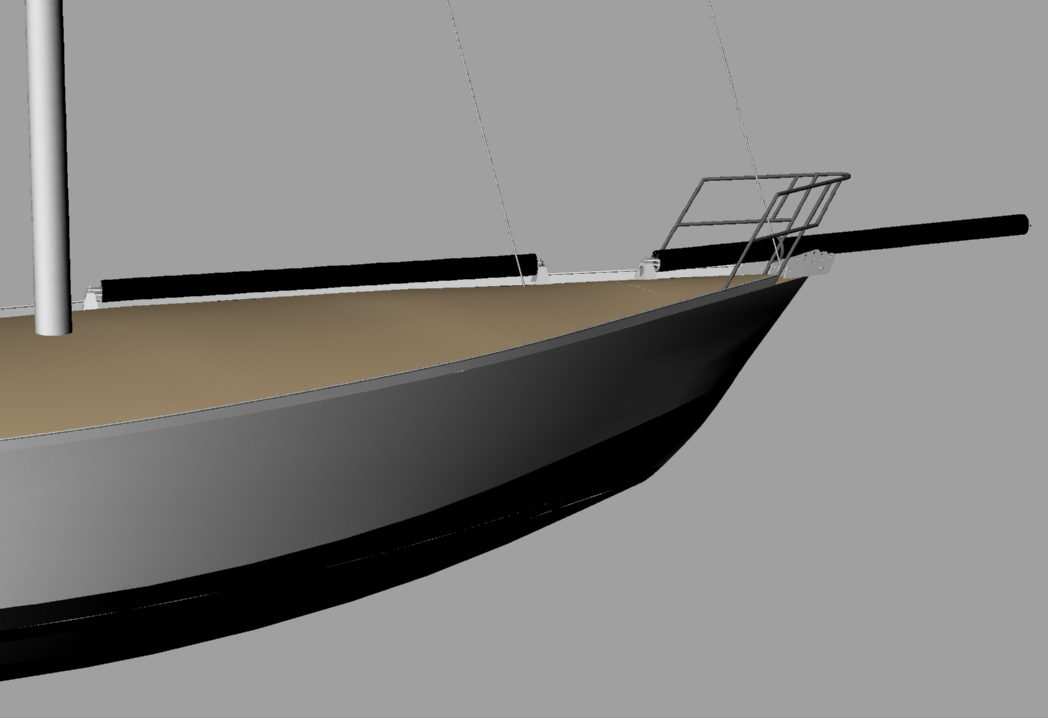 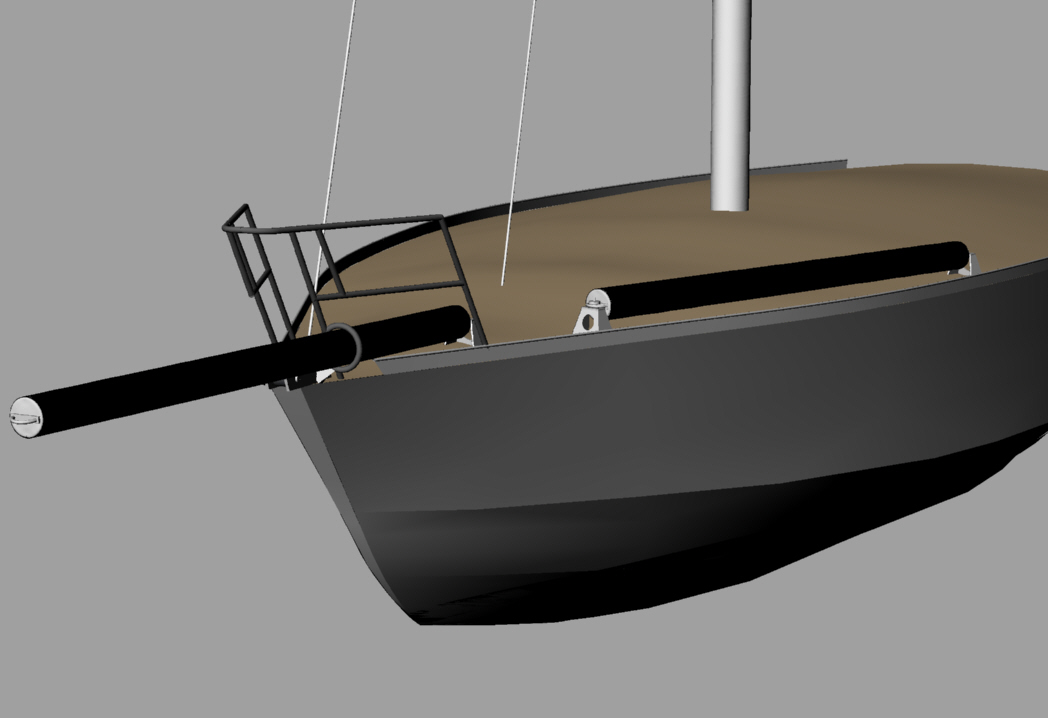 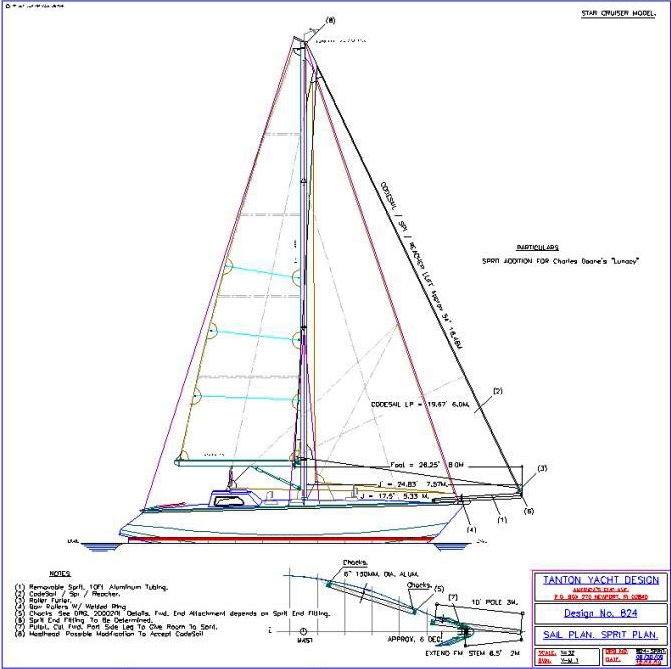 I’m titillated, but also a bit nervous. Can such a pole really handle the load? I’m also thinking that wrestling the pole in and out of position may be enough of a bother that I’ll be less inclined to deploy it in situations where I can carry an A-sail or Code 0 for only a short period of time.

I’ll be consulting some other people about this and would be very happy to hear your opinion.