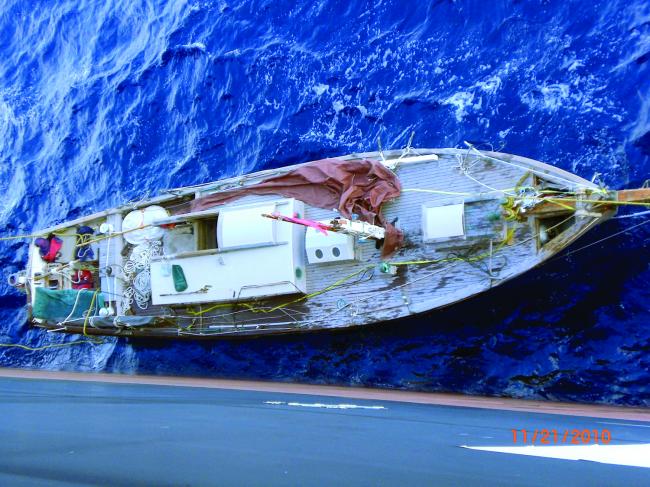 Here’s another casualty of the annual fall exodus south to the islands. Emma Goldman, a 41-foot wooden ketch departed Martha’s Vineyard bound for Bermuda on November 6, was rolled and dismasted in a Gulf Stream gale, then drifted for 12 days with two survivors aboard. They were picked up Sunday by an oil tanker. Unfortunately, one crew member, William Thorns, 63, a carpenter from the Vineyard, who reportedly was alone on deck wearing a line and harness at the time, was lost overboard when the boat capsized.

The survivors were Amanda Thorns, 25, daughter of the deceased, and Dennis White, 64, owner and skipper of Emma Goldman. 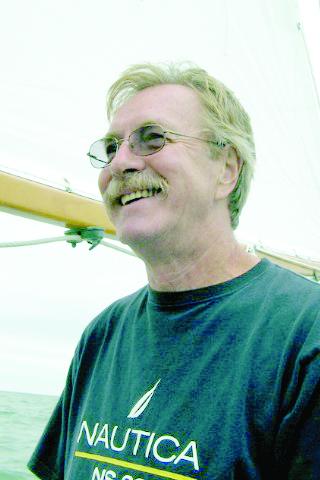 The vessel had departed Martha’s Vineyard around two weeks ago bound for Bermuda with the owner and two crew onboard (crew were father and daughter). Shortly after entering the Gulf Stream they encountered unexpectedly bad weather and the owner reports experiencing 25- to 30-foot waves.

During this storm the vessel rolled over and Mr. William Thorns was lost overboard. Mr. Thorns’s daughter, Amanda, and the vessel owner Dennis White were left drifting for 12 days without any power or means of raising the alarm. The vessel lost the use of her sails and motor during the incident and it took the two survivors three days to bail out the boat.

During the initial period after the storm a large piece of rigging was left in the water still attached to the yacht, and this very easily could have ruptured the hull. After failed attempts to hail two passing merchant vessels, the two managed to catch the attention of an 80,000 GRT oil tanker that was sailing from Philadelphia to Nigeria, by using hand-held flares.

Whilst it is always easy to find solutions to problems in hindsight, Bermuda Radio strongly suggests that all vessels that are attempting Atlantic crossings should carry a working 406mhz EPIRB (Emergency Position Indicating Radio Beacon) onboard their vessel. In this case it would not have helped save the life of Mr. Thorns but would have ensured that help was sent as soon as the vessel encountered problem.

You can also read local newspaper accounts here and here. 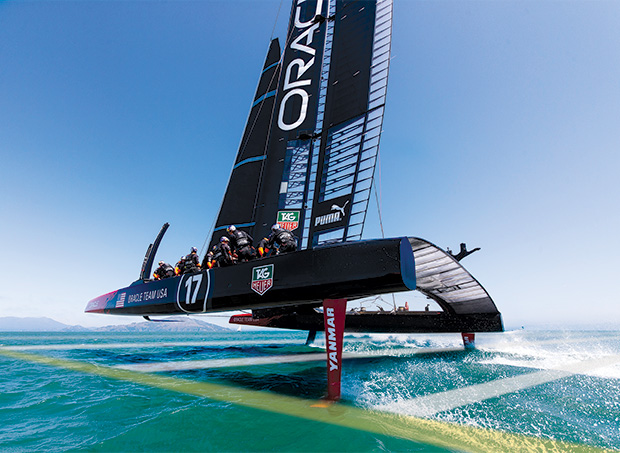