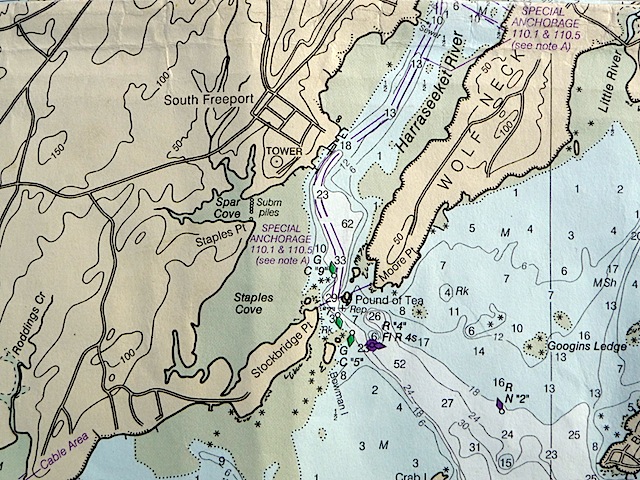 Sailing from Jewell Island to South Freeport was my last proper outing on Lunacy this year. I’ve delayed sharing details with you, I suppose because I’m still in denial about having the old girl hauled this winter. I chose to sail to South Freeport only because of the weather report. I had dismissed it as a destination in the past, because the entrance on the chart looks a bit protracted and involved, and because in season I’ve always assumed it would be crowded there.

But we were now distinctly out of season, and I needed a place to spend the night that a) offered decent shelter from the howling northwest wind forecast on the NOAA weather radio; and b) was north of Portland, so I could comfortably ride that howling breeze down the bay the following day. After studying the chart for some time, I concluded South Freeport might be my best bet.

The sail up the bay was fabulous. There was a moderate north wind blowing, which put South Freeport dead to windward, but the tide was coming in, flowing hard up the bay, so I had plenty of lee bow action to help me out. The most direct route would have been to beat straight up Broad Sound, but instead I took a long northwesterly slant across the sound, through the channel east of Whaleboat Island, and up into Middle Bay, west of Harpswell Neck, so I could check out the anchorage at Lower Goose Island.

It looked pretty attractive. And according to Taft & Rinlaub’s Cruising Guide to the Maine Coast the islands round about–the lesser Goslings and Upper Goose Island just to the north–seemed well worth exploring on foot. The anchorage itself, directly in the lee of an island running on a southwest-northeast bias, theoretically should provide good protection against any breeze from the northwest. But I remembered my recent experience anchoring at Cliff Island, and how a northwest wind can get bent into a much more northerly one when flowing twixt the many diagonally oriented islands in these parts.

So, somewhat reluctantly, I sailed on, though the breeze was getting weaker and weaker. Once abeam of Lower Goose, I noticed the water was thick with great clumps of dead leaves and cut grass. Thick enough in spots that I had to whip out a boathook and scrape accumulated detritus off the the windvane’s servo oar. This did not seem a natural phenomenon, and I assumed instead the leaves and grass must be waste from the many suburbanly manicured lawns in the area. 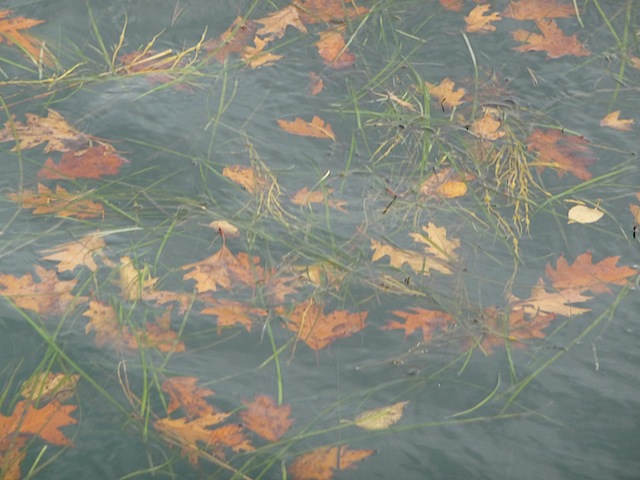 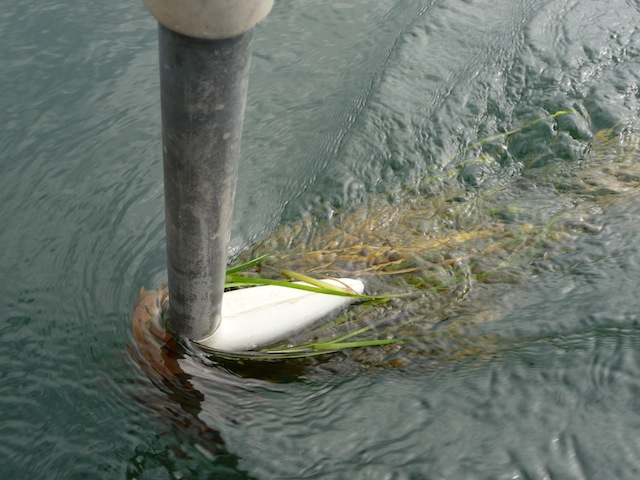 Finally, once my bow was within yards of a tiny islet called Shelter Island, just abeam of Upper Goose Island, the wind died altogether.

I savored my immobility for perhaps half an hour, then fired up the engine and motored north around Upper Goose Island, then south past Bustins Island, then northwest up the long channel into South Freeport.

There are scads of facilities at South Freeport, including the Harraseeket Yacht Club, the Strouts Point Wharf Co., and a full-on Brewer’s marina and yard. There are also scads of moorings (most of them vacant this time of year) and little or no room to anchor without straying into shoal water. Soon after I had a mooring pennant laced about one of Lunacy‘s bow cleats, I rushed ashore in the dinghy to explore. The yards were busy putting boats to bed for the winter, and the picturesque little village behind the waterfront was alive with fall foliage. 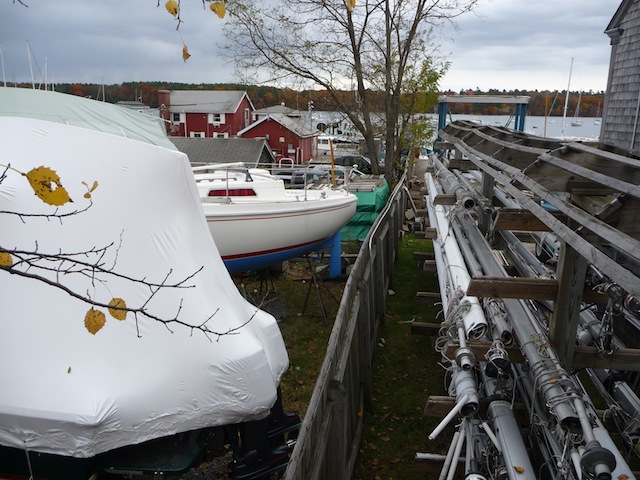 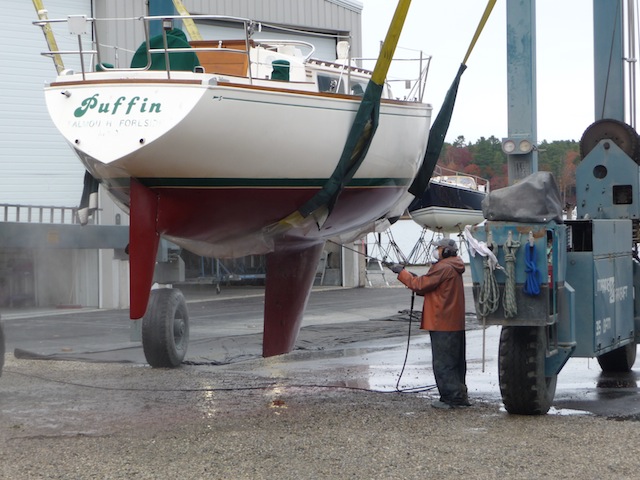 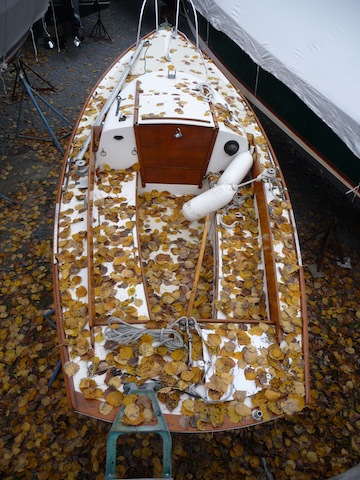 Later, back aboard the boat as the sun plunged below the tree line, I enjoyed this view of So. Freeport’s most distinctive landmark, known simply as “the Castle.” Originally this was a garish hotel and tourist attraction built by some flamboyant trolley magnate at the turn of the 20th century. All but the tower itself was eventually destroyed in a fire, a suspiciously common fate shared by many Maine tourist hotels. Now evidently the ruins are private property and may only be viewed at a distance.

The fierce northwest wind, as it turned out, never appeared. All through the night it was dead quiet, though NOAA had promised it would be otherwise. Then in the morning when I awoke, I found the wind was instead howling from the southwest, with Portland now dead to windward.

It was, I suppose, a fitting end to the season. I didn’t even bother touching the sails and simply motored dead into it, with the bitter cold fall breeze chapping my face raw and pulling tears from my eyes like pus from an infected wound.