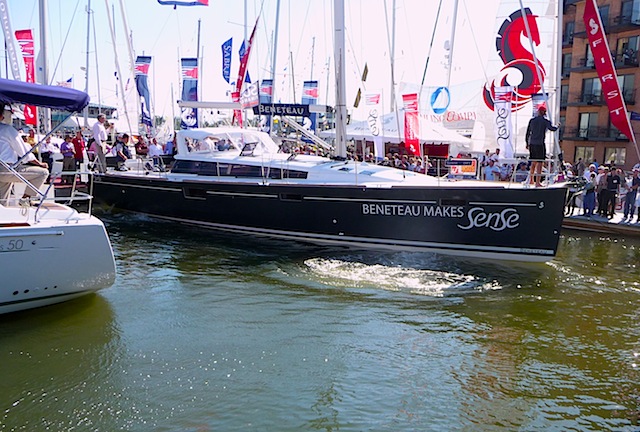 Yet another tidbit from Annapolis: Beneteau‘s new Dock & Go propulsion system made a big debut and was featured on a new Beneteau Sense 50 that put on a little show and attracted big crowds and rounds of applause every hour, on the hour, just like the fountains in front of the Bellagio in Las Vegas. Wonder of wonders, the big 50-footer was spinning like a top within its own length and motoring sideways from dock to dock.

We’ve seen this kind of technology before on powerboats, but never on a sailboat. What makes the magic happen is a big bow-thruster up front coupled with a sail-drive leg aft that can spin through a full 360 degrees in less than a second. The two propulsion units are not operated separately, but instead answer to a single joystick control that is dirt simple to operate.

For a lot of high-end cruisers who like the idea of sailing around in a big fancy boat, but get real nervous whenever they get anywhere near a dock in one, this should be a real game-changer. Starting next year the system will be available as an option on all larger Beneteaus and Jeanneaus. I expect several other builders will feel compelled to follow suit ASAP. 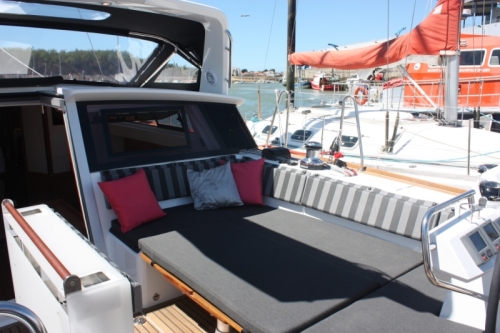 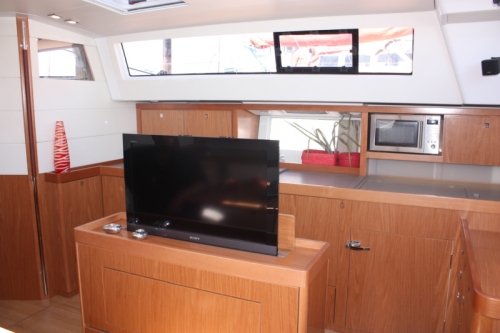 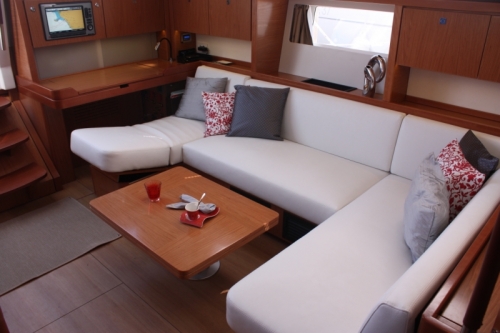 In and of itself the Sense is a very different sort of boat for Beneteau. There’s a pronounced hard chine in the hull, just like on the last generation of Volvo Open 70 raceboats, and the interior is very stylized, with lots of Swiss-Army-knife fold-away multi-purpose features. One detail I really liked was the big-ass port-side cockpit locker with a berth in it. 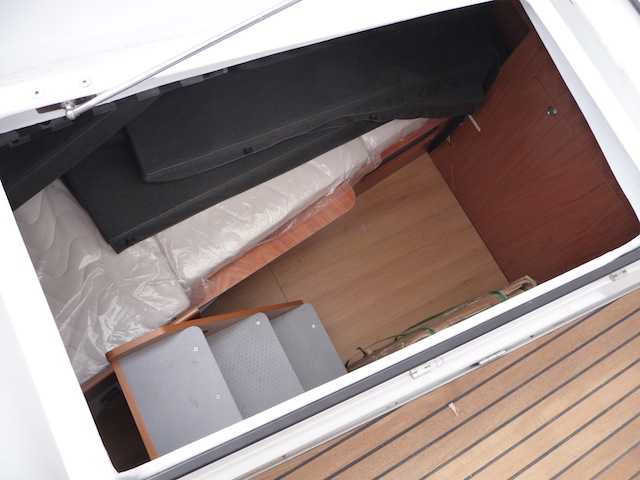 In Beneteau’s literature this is described as the “occasional cabin.” I’m thinking of all the times I’ve offered to let children sleep in cockpit lockers. And I’m wondering: who at Beneteau has been reading my mail???