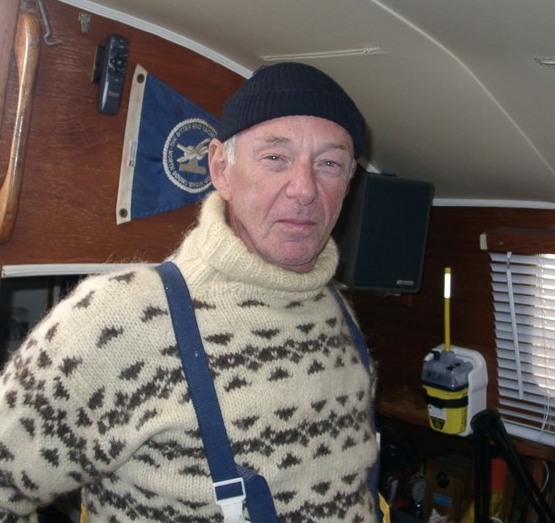 I have been remiss in not remarking on the passing of two sailors of note, both of whom were important to me. A couple of weeks ago I learned of their departures on the very same day, within the very same hour, and was a bit stunned by the news.

I knew Chuck Husick (photo up top) rather well, as I edited his copy at SAIL for several years and always enjoyed chewing over technical problems with him. Trained as an electrical engineer, he served as a top executive at several marine and aviation companies and later embarked on a career as a journalist, during which he published literally hundreds of articles in most all of the major boating publications.

My favorite memory of Chuck is when I went to visit him at his home in St. Petersburg, Florida, so I could write a profile of him and his boat Bonne Etoile, an old Irwin ketch that he cruised a great deal over the years.

We were like a couple of kids playing in a treehouse together. Bonne Etoile was a bit ragged around the edges and very much a homemade science experiment, with clever jury-rigged electrical innovations sprouting out of every nook and cranny. After Chuck showed me several of these, we went sailing for all of about 15 minutes. Then as soon as he learned I’d never flown a plane before, he turned right around, docked the boat, and rushed me over to his flying club.

So Chuck and I spent the rest of the afternoon touring the west coast of Florida in a little two-seater Cessna. Chuck graciously let me handle the controls most of the time once we were in the air and patiently tutored me in some the finer points of plane handling. By the end of the day I had a huge grin on my face.

Much later he called me up and asked what happened to that profile I was writing. I could only laugh and explain we hadn’t spent enough time on his boat for me to write anything about it.

As for Dodge Morgan, I never met him, but was always very aware of him and once spent a great deal of time waiting for him to buy fuel at Dowling’s Shell station in St. Georges, Bermuda. His non-stop circumnavigation in 1985-86 was the first really big story I had to wrangle as editor of Offshore magazine way back when. Coincidentally, my Dodge Morgan correspondent was Amy Ullrich, who later became managing editor at SAIL and helped me squirm in the door there. 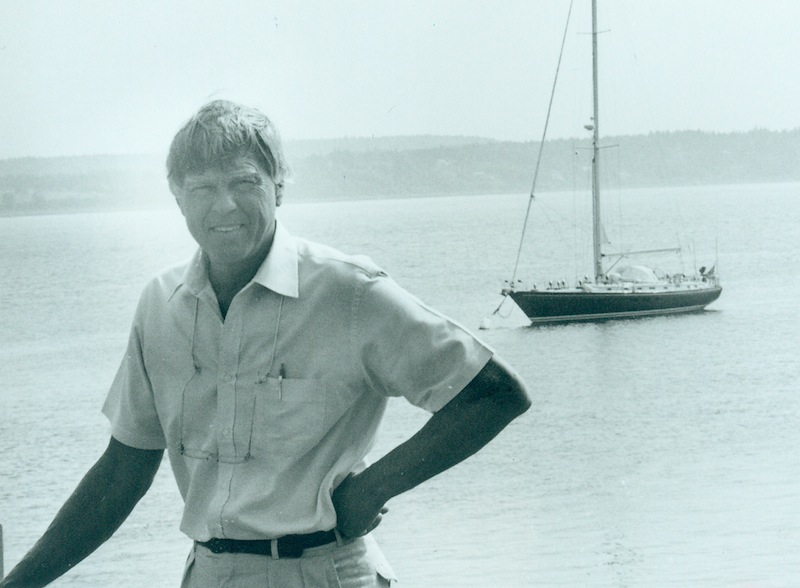 In many ways Morgan was both a throwback and a cutting-edge pioneer. Strictly a Corinthian sailor, he did not seek sponsorship for his great voyage or even much publicity. He did it all on his own dime (dissipating only a small part of the fortune he’d earned as an electronics entrepreneur) and in his own way.

Though Morgan’s goal was to set a world record, the boat he sailed, a 60-foot Hood-designed cutter named American Promise, was quite heavy and definitely emphasized comfort and safety over speed. She had two of everything onboard (including two generators, two desalinators, and two complete sets of sails) and carried 1,000 gallons of fuel. One very distinctive feature was that she flew a furling mainsail, which were rather rare at the time.

Prior to Morgan’s voyage only three other men had circumnavigated without stopping. The fastest circuit (by Chay Blyth in 1971, sailing westabout in high latitudes against the prevailing winds) was 292 days. By the time he reached Bermuda, his starting point, in April 1986, Morgan had cut that record nearly in half (his time was 150 days, 1 hour) and so set the stage for the great golden age of singlehanded ocean sailing we live in today.

Like Chuck Husick, Morgan was much more than just a sailor. He flew fighter jets for the U.S. Air Force, was a news reporter in Alaska, and headed his own advertising and PR firm before launching his career in electronics. Later in life he returned to his roots in journalism and bought two local papers in Maine, where he lived. He also wrote a regular monthly column for Points East, a regional boating magazine, and routinely infuriated its readers with his contrarian opinions.

Chuck Husick was likewise a man of contrarian views who never hesitated to speak his mind. One cause he latched on to like a terrier with a bone was the irrationality of federal marine toilet regulations. He spent a great deal of his own time and money lobbying Congress on this subject, as he believed strongly that the current law helps degrade rather than improve the marine environment.

Both of these men, and their opinions, will be sorely missed by many who love the sport of sailing.