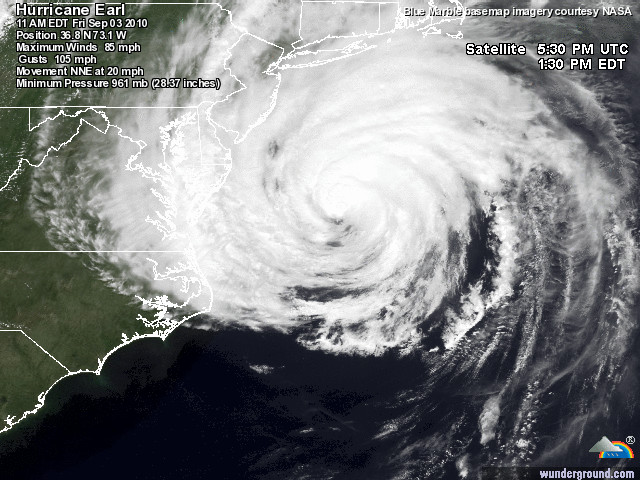 Our hurricane forecasting capabilities are now so excellent we normally have many days to fret over the advent of potentially catastrophic tropical weather. The much heralded approach of Hurricane Earl provides an excellent case in point. We here in the Northeast have seen him coming for about a week now and just two days ago things looked dire enough that many folk decided the only prudent thing to do was to haul out as many boats as possible.

Back then it seemed likely that Earl would still be a Category 3 storm by the time he got up here and that he might even make landfall somewhere in New England. But now it seems clear he will be Category 1 devolving into a tropical storm as he brushes past east of Cape Cod sometime tonight. For those of us north of the cape, who will now be about 200 miles west of his projected track, what this likely translates to is nothing worse than a semi-respectable nor’easter.

On Wednesday, let me tell you, I was feeling pretty damn smug. I’d already scheduled a haul-out for Lunacy in Portland over at Maine Yacht Center, which now has a swank new Travelift, so I could renew her anti-fouling and attend to a few other matters. Meanwhile, over at Portland Yacht Services, where Lunacy‘s seasonal mooring is situated, the waterfront guys were talking some madness about a Category 5 eyewall passing directly overhead. The following day (yesterday), pursuant to a request from the MYC management, I stripped off all Lunacy‘s sails and her dodger. Pursuant to a request from the PYS management, I also pulled Lunacy‘s tender out of the water. At both places they were hauling boats like crazy.

This morning I spent a couple of hours tending to little boats (one of mine and a couple of others belonging to a friend who is out of town) here in Portsmouth, either hauling them out or moving them to better protected docks and lashing them up good. By then, however, it seemed obvious that none of this was really necessary. Hurricane prep, however, has a momentum all of its own. Once you’ve decided you should take precautions, there seems little point in doing it half-heartedly.

I can’t tell you how many times in the last 40 years we here in New England have buckled down for hurricanes that never amounted to much, but I’d guess it happens about every 3 or 4 years on average. What inspires us each time, though most of us weren’t even alive then, is the memory of the Great Hurricane of 1938. It hit Long Island as a Category 3 storm in late September of that year, tracked across Long Island Sound, and pretty much ran straight up the Connecticut River into Vermont. About 800 people were killed and even far, far inland the flooding was horrendous. 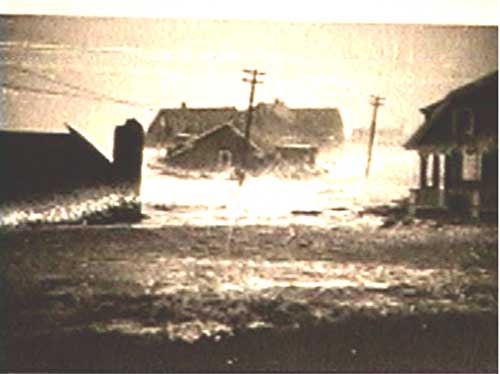 Ever since then we’ve waited for another like it to come along and whack us hard again… with a mix of both dread and delicious anticipation. 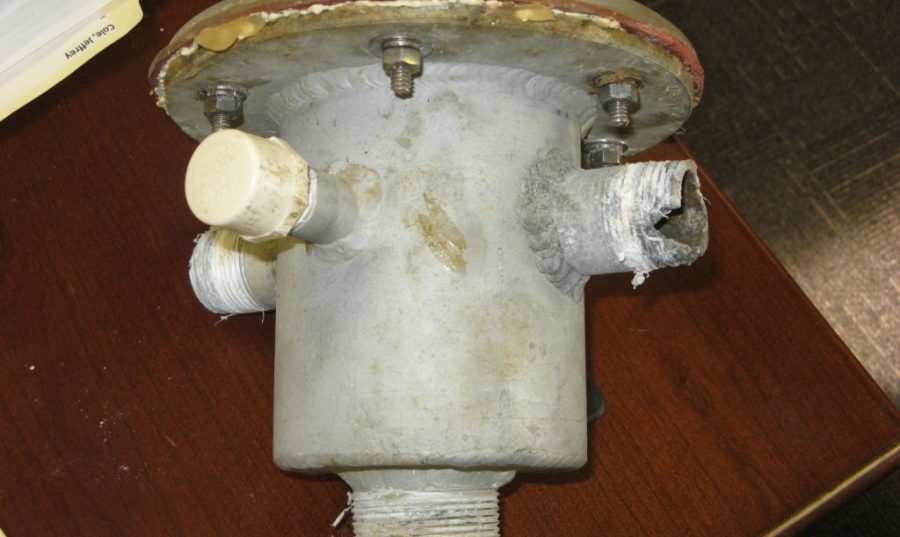