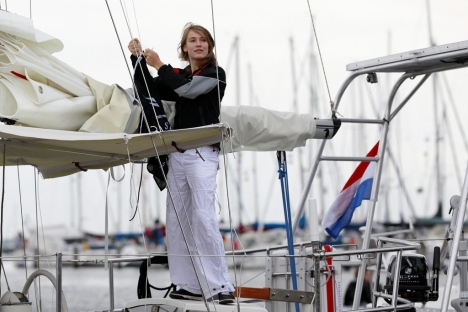 It seems the sailing world’s latest child circumnavigator, Laura Dekker, age 14, confounded hovering media vultures over the weekend by suddenly appearing in Gibraltar, then leaving again in secret to set out alone on her trip around the world. Dekker originally planned to make her solo departure out of Portimao, Portugal, where she and her father brought her 38-foot Jeanneau Gin Fizz Guppy after leaving Holland earlier this month on a shakedown passage. The media, apparently, were on hand in Portimao on Saturday, expecting to make a fuss over Laura’s long-awaited official farewell. Meanwhile, the sneaky teen, after a enjoying a private farewell with family and friends, set out alone from Gib that same day.

The reason for the change in venue was entirely bureaucratic. Turns out you have to be at least 18 to set off on an ocean passage alone from Portugal, and the authorities weren’t about to make an exception for Laura. Gibraltar, which is but a sliver of peninsula on Spain’s southern coast that enjoys nebulous semi-autonomous status as a British possession, is apparently more liberal in these matters.

The reason for the secrecy is that Laura is evidently getting tired of being a sailing celebrity. In her latest blog entry, posted yesterday, she complained about all the press and tourists who were pestering her at the marina in Portimao. Reportedly she and her father, Dick, departed Portimao aboard Guppy last Wednesday, but left the media with the impression they were going on short test sail and would soon return.

In other news, it also seems that Laura has gathered a support team to help wrangle her relationship with the rest of the world. She now has a manager, Peter Klarenbeek, and has made a deal with a TV production company, Masmedia. They’ll be meeting her at each of the ports she visits and, among other things, will help her navigate the various government bureaucracies that may, like the Portuguese, have issues with her age. I expect that bureaucratic problems may well be a determining factor in how Laura’s route plays out. For example, she is now headed south toward Madeira and the Canary Islands and should arrive at one or the other in the next week or so. If she puts into Madeira, however, she will again be on Portuguese soil and will again have a problem leaving alone.

(Note: In spite of now having a “team,” Laura’s website is still pretty minimalist. Some stuff in the Dutch version doesn’t appear in the English-language version, so if you want to catch everything you have to use Google to translate all the Dutch, which is tedious, to say the least.)

As with her immediate predecessors, Abby Sunderland and Jessica Watson, Laura is also inspiring a fair amount of controversy. She had to shut down the Guestbook portion of her website for a while to thwart some hostile naysayers and has also weathered some slings and arrows in the blogosphere. Among her critics is my fellow BoaterMouth blogger Lenny Rudow, whose nuanced analysis of the voyage you can read here.

Lenny, you’ll see, makes the same mistake many other laypeople make, equating Abby Sunderland’s rather idiotic voyage (non-stop eastabout in the Southern Ocean during winter) to Laura’s much more ordinary one (westabout Milk Run in season with lots of stops along the way). You’ll find also that he does things like fish for billfish and giant tuna from jet-skis and ultralight planes.

Those who don’t fish may think this sounds a little “stupid” (Lenny’s word), but please don’t judge him. I’ve met Lenny and I can assure you he is nowhere near as stupid as he makes Laura Dekker sound. 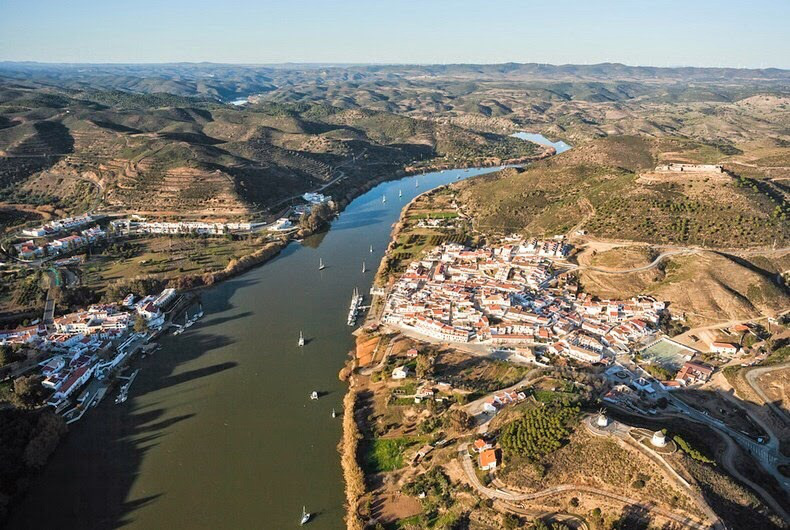