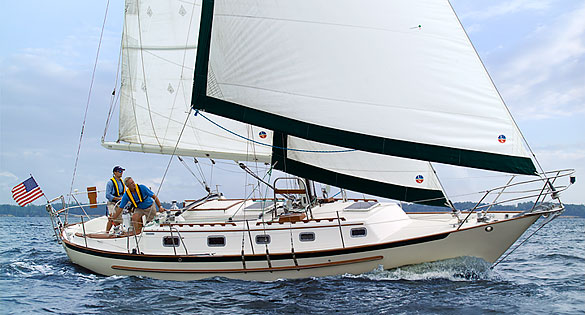 Originally dubbed the Crealock 37 after its designer, “Gentleman Bill” Crealock, this boat is now deemed a conservative cruiser, though when first conceived it was considered a more cutting-edge performance cruiser, thanks to its long fin keel and skeg-hung rudder. Molds to produce the boat were originally created by Clipper Marine, which went bankrupt before building could begin. The molds were acquired by a firm called Cruising Consultants, which launched 16 hulls in 1978 and ’79 before selling out in turn to Pacific Seacraft. Pacific Seacraft produced the boat in Fullerton, California, for 27 years before closing its doors in 2007, whereupon a marine archeologist, Stephen Brodie, acquired the company name and tooling for several boats, including the 37, and shifted production to North Carolina.

Pacific Seacraft has long been renowned for quality work, and this is reflected in the contruction of the 37, which has been steadily upgraded over the years. Prior to 1993 hulls were solid laminate composed of mat and woven roving and decks were cored with plywood; subsequently stitched bi-axial fabrics have been employed and decks have been balsa-cored with plywood interposed anywhere hardware is installed. All hardware is through-bolted on backing plates with fastener holes carefully sealed in epoxy beforehand. More recently the hull laminate has also included a layer of Kevlar fabric to increase impact resistance and since 1988, to resolve issues with blistering, vinylester resin has been used in exterior layers.

In some cases PSC 37 hulls also have layers of foam or balsa included in the laminate as insulation. These optional insulation cores are added on top of the regular lay-up, so these boats, besides having slightly less interior volume, are both somewhat heavier and stronger than their siblings.

The hull is stiffened with a molded pan riven with apertures that allow it to be securely glassed in place. The pan incorporates major furniture components, the engine beds, and also the sides and bottoms of the water tanks, which are covered with Formica-faced plywood lids. The main bulkhead is tabbed to both the hull and deck and is also through-bolted to a teak deck beam. All partial bulkheads, cabinets, and shelving are likewise glassed to the hull.

Besides being reasonably heavy, the PSC 37 is relatively narrow with long overhangs and consequently has an easy motion and is not inclined to pound in head seas. It also tracks very well and has great ultimate stability. Reportedly it doesn’t bury its rail until heeled to 35 degrees and achieves maximum righting moment at 75 degrees, with only a small decrease at 90 degrees, when its mast is parallel to the water.  Its AVS is an impressive 140 degrees. It is also a very attractive boat, with well balanced lines that appeal to a broad spectrum of sailors.

Like any boat with a short waterline, the PSC 37 sails faster than its D/L ratio suggests and is certainly faster than old CCA designs of similar size, thanks to its split underbody and somewhat lighter weight. In spite of its stern overhang and narrow canoe transom, many owners report hitting 10 knots or better surfing down big waves. The boat’s shrouds are secured to outboard chainplates through-bolted to the hull (a very strong installation), but its narrow beam still allows for decent sheeting angles, so apparent wind angles when closehauled can usually be kept within 40 degrees sailing in flat water. Note however that boats equipped with the optional (and quite popular) shoal-draft Scheel keel, which features a flared ballast bulb, are slightly less closewinded. Most boats have cutter rigs, though a few were also built as sloops and yawls. Most also have wheel steering, though the original design called for a tiller. 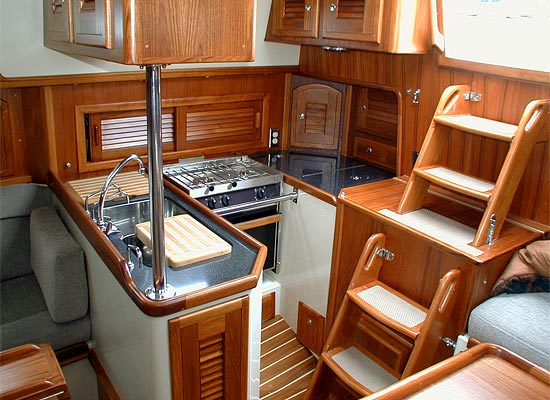 Thanks to its narrow beam and pinched hindquarters, the PSC 37 has limited interior space and a rather straightforward lay-out. The forward stateroom does seem large and boasts a very comfortable offset Pullman double, but beyond this berthing is limited to settees in the saloon (the dinette table on the starboard side can be converted to form a double berth) and a roomy quarterberth that is nowhere near wide enough to be a double. The nav table just forward of the quarterberth has its own dedicated seat, so at least the navigator need not sit on anyone’s head while working. Headroom throughout is well in excess of 6 feet, courtesy of the rather tall cabinhouse, and ventilation is very good. The interior finish is neat and traditional, with lots of teak trim. Joinerwork is high quality, but not flashy.

Over the years the PSC 37 has been equipped with various engines, all of them diesel fueled. The smallest was a 24-hp Volvo, which probably isn’t strong enough in some situations; the largest, standard since the late 1980s, is a 50-hp Yanmar, which is probably more powerful than necessary, particularly given the boat’s rather small fuel tank. This, it should be noted, is aluminum and is situated in the bilge, where it reportedly suffers corrosion over time. Fortunately, the tank is relatively easy to access and can be removed without dismantling or destroying any joinery.

Engine access is also superb, as the cockpit floor can be unbolted and removed, putting all parts of the engine and the stern tube within easy reach. On early boats with wheel steering the pedestal must first be removed before lifting the cockpit floor, which is a huge hassle, but later, after wheel steering became standard, the floor was redesigned to make this unnecessary. On all boats the engine can also be accessed at the front through the companionway and via a panel on the port side.

To sum up, the PSC 37 is an extraordinarily strong, well built ocean boat and is priced accordingly. It makes an ideal bluewater cruiser for a couple and also works well as a coastal cruiser for a small family. For those interested only in a coastal boat, it may be a bit heavy and expensive, but compared to many other lighter, less expensive boats it does hold its value well over time. 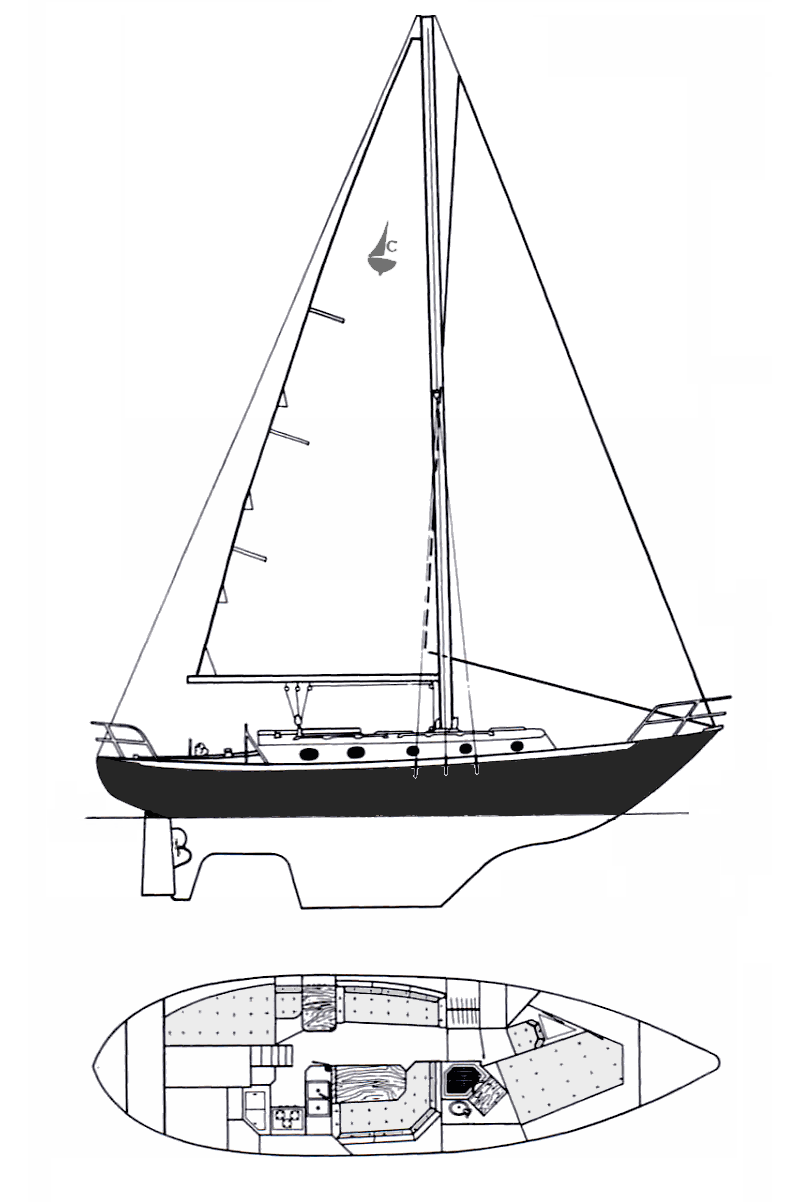