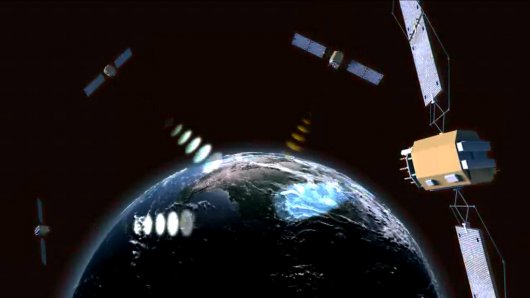 Ever since they start selling 406 MHz EPIRBs with built-in GPS units (the so-called G-PIRB) just a few years ago I’ve been thinking search-and-rescue (SAR) technology is just about as nifty as can be. Turns out I was wrong. NASA just announced this week it is developing and testing a new technology, called the Distress Alerting Satellite System (or DASS), that will greatly improve SAR response times in emergency situations.

Does this mean we’ll have to all go out and purchase new EPIRBs (just like when they switched from 121.5 MHz distress signals to 406 signals several years ago)??? Apparently not. Indeed, it seems DASS provides a positive disincentive to upgrade to a G-PIRB.

That’s because the key to this upgrade has to do not with the transmitters, but with the satellites that receive and process 406 distress signals. Currently the instruments and repeaters that do this are installed on NOAA weather satellites that fly in low-Earth or geostationary orbits. The LEO birds aren’t always in the right place to immediately detect distress signals, but they can get a Doppler fix on signals they receive. The geostationary birds, meanwhile, provide constant coverage of much of the earth’s surface, but can’t get a position fix on a signal unless it contains position data (i.e., is transmitted by a G-PIRB). As a result, it sometimes takes SAR officials over an hour to respond to the EPIRB distress signals they receive.

To overcome this deficiency NASA plans to move its SAR instruments and repeaters on to the U.S. Air Force’s constellation of mid-Earth orbit GPS satellites. That way, just like when you turn on your GPS receiver, any time you light off your EPIRB there will be several satellites in view that can simultaneously receive and process your distress call. This will make it possible for SAR authorities to instantly and accurately fix your position, even if your signal does not itself carry any position data.

Work on DASS began in 2002 and there are now nine active GPS satellites equipped with prototypes up testing the system. Several more are planned. The system should be complete sometime after 2015 and will ultimately be deployed on the Air Force’s Block III GPS birds, which should guarantee that any EPIRB signal can be immediately detected by four different satellites. There is also a possibility DASS may incorporate one- or two-way text messaging capability, but a decision on whether to develop this is still pending.

Reportedly the Europeans, Russians, and Chinese are also developing SAR components for their Galileo, GLONASS, and Compass satellite navigation systems.

For more info, you can check out this link here.