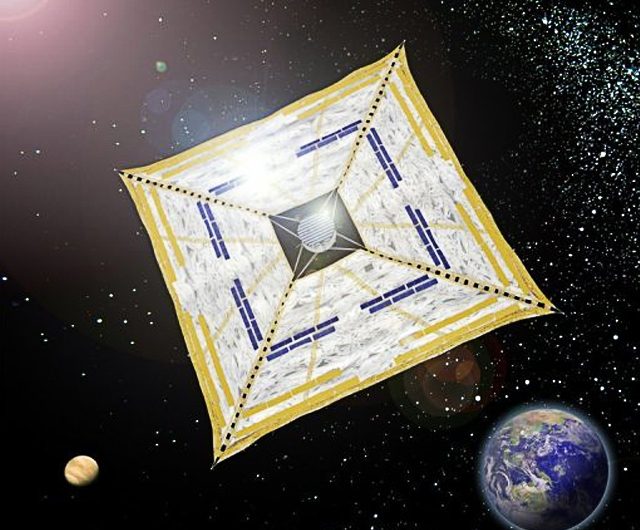 Sorry to inflict more space news on you guys, but this is truly noteworthy. The Japan Aerospace Exploration Agency (JAXA) succeeded today in launching the first spacecraft to be propelled by solar sails. Described by the Japanese as a “space yacht,” the craft, called IKAROS (for Interplanetary Kite-craft Accelerated by Radiation Of the Sun), will deploy a polymide membrane with a thickness of just 7.5 micrometers (or 0.0075 millimeters, about one-tenth the thickness of a human hair) that will both generate propulsive force as light photons bounce off it and electricity, thanks to the thin-film solar panels embedded on it. IKAROS both costs and weighs much less than conventional spacecraft and if successful promises to revolutionize deep-space exploration.

The critical phase of the IKAROS project comes about a month from now, when centrifugal force will be used to “hoist” sail. You can see how this is expected to work in this video here. Once the sail is out, the Japanese plan to steer their yacht via eight LCD reflector panels that are also embedded in the sail first to Venus and then to the far side of the sun. The total projected length of the mission is three years.

The idea of putting “light sails” on spacecraft has actually been around for centuries and has always seemed very seductive to those steeped in the tradition of marine sailing vessels. Some of you, for example, may remember the Disney film Treasure Planet, which featured some very imaginative light-sail powered craft: 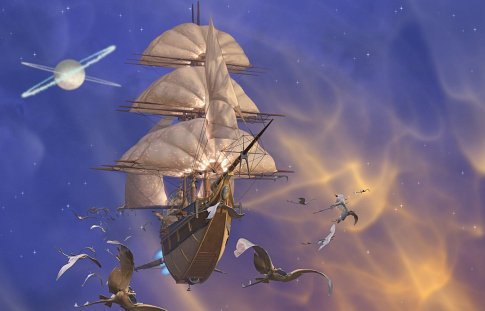 But no one has ever succeeded before now in actually getting such a craft aloft. Two earlier attempted launches–one by the international Planetary Society, the other by NASA–failed in 2005 and 2008 respectively.

If IKAROS pans out, the Japanese plan to launch a larger craft with a bigger sail (160 feet across diagonally, as opposed to the 66-foot sail on IKAROS) and a hybrid ion-drive engine that will be powered by solar-generated electricity. This yacht will be sent to Jupiter.

Meanwhile, here’s hoping IKAROS doesn’t meet with the same fate as its namesake! 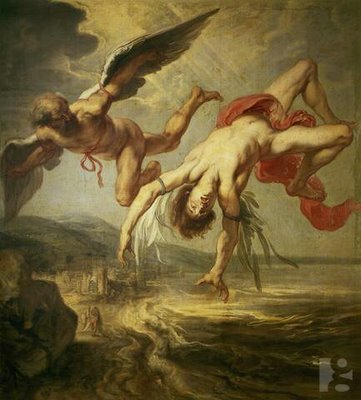 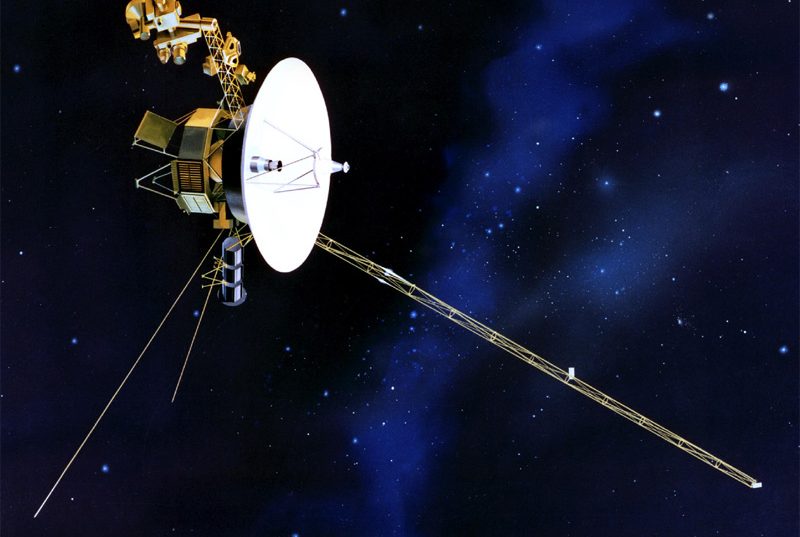