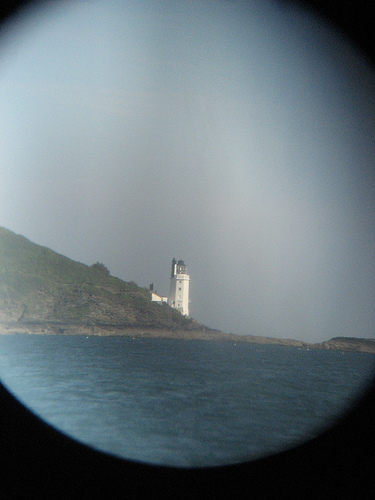 Quiz any curmudgeon these days on the subject of proper wayfinding and you’ll soon find yourself reefed down in a gale of conventional wisdom about the importance of paper charts, compass bearings, dead reckoning, sextants, and the like. But what curmudgeons tend to forget, as they rail on about how modern nav tools are corrupting us, is that many of their sacred cows are also just tools. They are more primitive, simpler, hence more reliable in one sense (if not more accurate), but still they are not the organic root of navigation.

Reduced to its purest form, human navigation (as opposed to more advanced forms used by migratory cetaceans, birds, and fish) is simply a matter of being able to look at something from a distance and say what it is. In a state of nature we can travel knowingly only as far as we can see.

I am now almost old enough to be a curmudgeon myself, and what I wonder about modern satellite navigation is this: will it ultimately impair our ability to just eyeball our way around a body of water? Will it cut us off from the root of navigation?

What satellites do is reduce it all to a video game. You are a throbbing dot on a glowing screen, and the object of the game is to maneuver your dot through the various hazards on the screen using the controls on your boat. All you have to see to do this (unless you’re trying to do something very precise, like bring the boat to a dock or a mooring) is the screen itself. Everything else you see around you—the buoys, the landmarks, the textures and contours of the shore—precisely because you are not trying to extract any information from it, is little more than scenery. 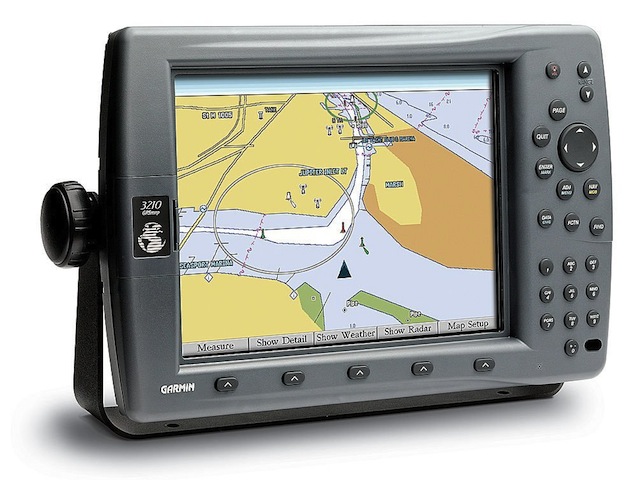 Shut down the game and the scenery becomes more meaningful, thus more vivid. The big reason for this is that the scenery now poses a threat, merely because it is unclear what is what. The tool we played with most before we had satellites and plotter screens, the paper chart, represents (more or less) the accurate recollections of those who have gone before us, but gives no hint of our own current location. To figure that out, we have to figure out what we are looking at and relate it to the chart on an ongoing basis.

This can be an intense process, particularly when you’re sailing somewhere you’ve never been before. For example, I well remember the first time I ever sailed south down Buzzard’s Bay into the teeth of a summer sea breeze, because my two buddies and I, as we slashed to windward through the vicious chop, spent the entire afternoon quarreling furiously over the identity of the distant humps we saw on the horizon through a frazzled glaze of salt spray. The only thing we agreed on was that the humps must be the Elizabeth Islands. What we disagreed on–at great length, and in multiple permutations–was which hump was which island. The debate, as I recall, was greatly aggravated by the fact that the most prominent landmark, a very tall windmill on what turned out to be Cuttyhunk, appeared nowhere on our chart.

One of the things I realized that day is that uncertainty is a powerful stimulant. It heightens the senses and sharpens the intellect (and an appetite for argument) in a wonderful way. I really learned Buzzard’s Bay that afternoon in a way I never would have had we merely been monitoring our progress on a plotter screen.

What I also learned is that eyeball navigation must always be a debate.  Even when you’re alone, sailing without debating partners, you must question every conclusion you reach and be willing to change it as soon as doubt is cast upon it. You must revel in the uncertainty, and your mind and eye must always be probing, asking questions, testing assumptions. What if the chart is wrong? What if this buoy is missing? What if this tower is not visible at this angle? And so on. In the end, when you have solved the puzzle and know the identity of everything you see, your knowledge will be much more complete than it would be otherwise.

What’s most intense is doing all this without a chart. This is truly organic navigation. I had the good fortune once to sail under a skipper who was a master of the art and thought nothing of entering harbors he’d never seen before regardless of whether he had charts or not. Probably the most impressive bit of eyeball navigation I ever participated in was when we entered Charleston Harbor in South Carolina without a chart… at night, no less.

This sounds a bit like hubris, of course, and it is. But we sure did feel proud of ourselves after we made it into the harbor and tied up the boat that evening. The flip side of the story, unfortunately, is that my skipper ultimately lost his boat, a large Alden schooner, eyeballing his way down a river in Spain one night. Even worse, he had charts for the river, and even a GPS onboard, but simply wasn’t using them.

The moral of this story is not that you should never rely on your eyeballs to see where you are going. Rather it is that you should rely on them first, then use every means available to figure out what you are seeing. Nowadays I think what happens is the exact opposite. We teach young sailors to navigate by simply prying some game device from their grasp and replacing it with one labelled Garmin. Often their inherent ability is measured by the extent to which they don’t need a manual to master the device. Then later, perhaps, as a “back-up,”, we try to teach them some traditional skills. 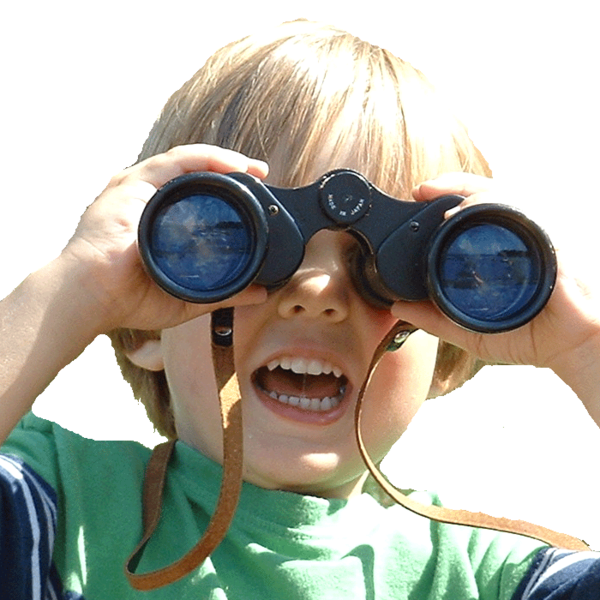 Instead, we should first pry everything from their hands, give them nothing (except maybe some binoculars), and teach them how to see the world like true navigators. Then, when they receive more tools to augment their ability, they hopefully will not be too quick to take them for granted.

PS: If you like this post and think I should be paid to write this blog, please click here. The link will take you to BoaterMouth, where you’ll find many other blogs about boats.