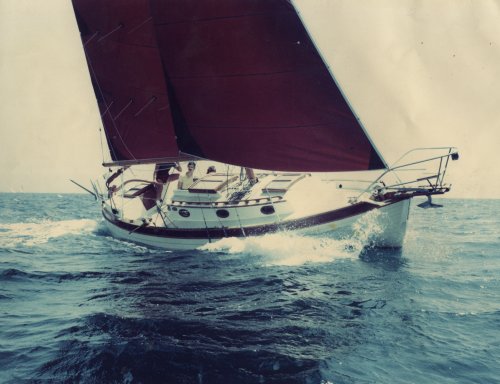 Legend has it the idea for this unique pocket cruiser was born round a campfire in Baja California in the early 1970s as two brothers, Dean and Stan Wixom, speculated on alternative modes of exploring Baja and the Sea of Cortez. They were on motorcycles, had tired of the dusty ride, and thought a small, but truly ocean-worthy cruising sailboat on a trailer might be a better way to travel. Dean later queried several yacht designers, but the only one who thought such a craft feasible was Lyle Hess, who allegedly took only a few minutes to sketch out the basic concept of what became the Nor’Sea 27.

Wixom built hull number one in a makeshift plant in Southern California in 1977, then three years later built himself a boat (hull number 77, as it happened) and sailed off over the horizon in it. His new business, Heritage Marine, he sold to Bob Eeg, who renamed the company Nor’Sea Marine and has continued building Nor’Sea 27s ever since. To date over 450 have been launched and many believe it to be the most seaworthy cruising sailboat in its size range.

The Nor’Sea is certainly not the only robust pocket cruiser that can be hauled on a trailer. Several others fit the same basic criteria: shoal draft (under 4 feet to slip on and off a trailer on a ramp), narrow beam (not more than 8 feet to transit highways without permits), and moderate displacement (not much more than 8,000 lbs). But the Nor’Sea may well be the deepest, heaviest sailboat ever explicitly designed to be trailerable. Indeed, its proponents readily admit it is not a true trailer-sailer, but is instead “transportable” by trailer. A large tow vehicle and preferably a triple-axle trailer are needed to move it, and many owners who do tow Nor’Seas to distant cruising grounds don’t launch on ramps but instead hire Travelifts to insert them in the water. Though the mast is deck-stepped in a hinged tabernacle, rigging the boat is said to take a minimum of three hours.

What is most unusual about the Nor’Sea 27 is its standard layout. Defying all dicta stating that an attractive, functional center-cockpit sailboat must be large, the little Nor’Sea features a center cockpit in front of a tiny aft cuddy cabin that houses a pair of quarterberths and, amazingly, the arrangement works very well. The boat’s lines, which incorporate a broad canoe stern, are clean and pleasing to the eye without exhibiting excessive freeboard, and the cockpit, though small, is very serviceable. The helm, most notably, consists of a long tiller that reaches over the top of the aft cabin from a large transom-hung rudder. Though there is also a much more conventional aft-cockpit version of the boat, the quirky center-cockpit version is far more popular.

Down below in the main cabin in the standard layout there is a decent galley to starboard, an enclosed head and small nav station to port, plus two settee berths either side of a saloon table that collapses to form a full double berth. (The aft-cockpit layout is similar, with twin quarterberths aft in the main cabin.) There is also a great deal of storage, with over 30 lockers to stash gear and supplies in. The end result is a functional small-boat interior that comfortably accommodates two couples or a couple with two children and also offers a remarkable amount of privacy. 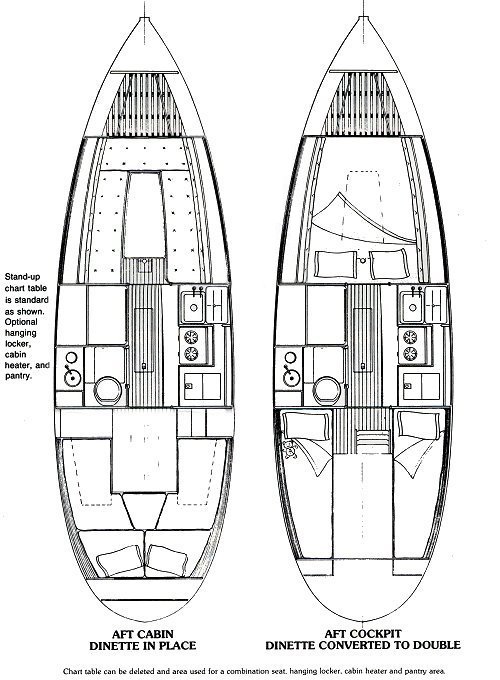 The boat’s construction is extremely strong. The hull is solid handlaid laminate, composed of up to 22 layers of mat and woven roving, with faux lapstrakes molded in. The lapstrakes, which require some care during layup, enhance the boat’s traditional appearance and also stiffen the hull, which is further supported by interior bulkheads and a partial molded liner. The plywood-cored deck is fixed to an inward flange with adhesive sealant and though-bolts on 6-inch centers. Deck fittings and hardware are through-bolted to stainless-steel backing plates. The ballast is encapsulated lead. The boat’s rig and many critical pieces of hardware, including the rudder pintle and gudgeons, are also significantly oversized. The interior joinerwork on factory-finished boats meanwhile is good, though there are also many owner-finished interiors of much more variable quality.

Given the Nor’Sea’s long production run, remarkably few chronic flaws have appeared. Early boats were fitted with raw-water-cooled Farymann diesels that inevitably suffer from internal corrosion over time. These eventually must be rebuilt or replaced. Engine access is tight, but the engine (located under the cockpit) is reportedly relatively easy to remove. The biggest potential problem is the aluminum fuel tank, buried in the keel directly under the engine. On early boats these have often been corroded by seawater dripping off the propeller’s packing gland and must be either glassed over entirely to preserve their integrity or excavated and replaced, which reportedly is an onerous job.

As to performance, the Nor’Sea by all accounts sails very well. It’s not hard to find Nor’Sea owners who boast of overtaking longer, lighter boats while cruising, though presumably this is much easier with a tall rig, as opposed to the once optional short rig. The boat’s interesting hull form features a long waterline and what is effectively a full keel with all of its forward end cut away. This facilitates launching and recovering the boat on a trailer ramp, and also reduces wetted surface area while still imparting good directional stability. The boat reportedly tracks well to weather given its draft and its helm is relatively light, though some complain it is not very well balanced.

Most important, the boat has a reputation for handling well in a seaway. This is reflected in both its motion comfort ratio, which is exceedingly high for a boat this size and weight, and its capsize screening value, which is reassuringly low. Note, however, that Nor’Seas built prior to 1980 carry less ballast (either 2,500 or 3,000 pounds, depending on which ballast package the original owner specified), thus are likely to feel at least somewhat less stable than newer boats carrying the now-standard 3,100 pounds.

The Nor’Sea 27 is a very much cult boat and used examples rarely stay on the market for long. Less than half are normally sold with trailers, and trailers large enough to haul a boat this heavy are expensive, so be sure to take this into account when considering prices. New boats can be built to various stages of completion. 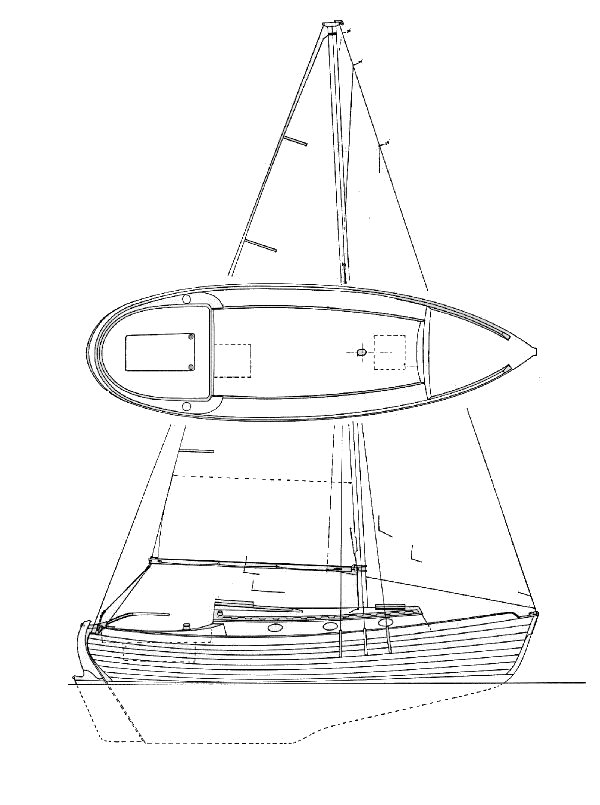 PS: If you like this post and think I should be paid to write this blog, please click here. The link will take you to the same post at BoaterMouth, where you’ll find many other blogs about boats.