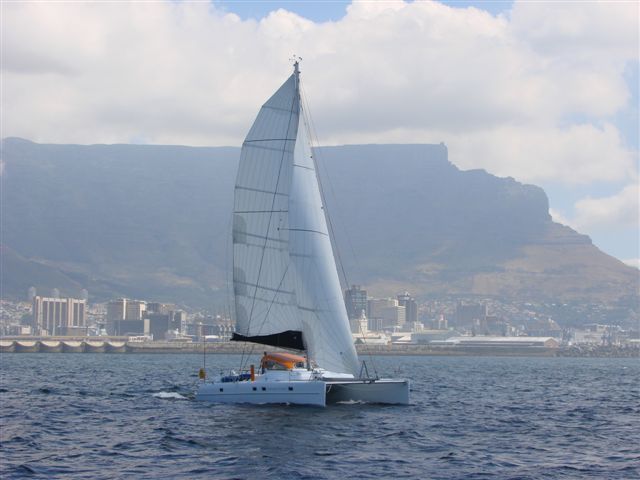 This is another boat I saw at the Miami show, though it wasn’t actually in the show. The owner, or an enterprising yacht broker, had anchored it right off the docks at the Sea Isle Marina with a big “For Sale” sign on it, hoping it might catch the eye of some cat-happy show-goer. I smiled when I saw it, for I know the boat well, as I helped deliver it across the South Atlantic from South Africa soon after it was first launched in 2007.

There were three of us who did the trip–myself, Hank Schmitt of Offshore Passage Opportunities (who acted as titular skipper), and the owner, Wayne Gallo. He had commissioned the boat’s creation after his wife announced she was no longer willing to live aboard the fat “condo cat” that had been their home for two years. An ex-motorcycle racer, Wayne decided he wanted a much lighter, more casual cruiser to replace his liveaboard boat, something that would be both somewhat habitable and a blast to sail.

In the right sort of breeze, this boat surely is that. On the day we sailed out of Cape Town (see above) we had 20 knots on the beam and the boat, called Doubletime, was screaming along doing 17 knots. Just three hours into the trip the starboard daggerboard broke away under the strain. After that, however, things got pretty tedious, as the South Atlantic is in fact a very tame ocean with generally light to moderate winds. 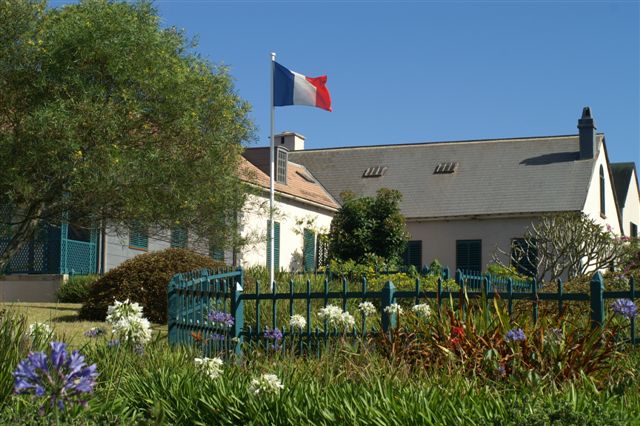 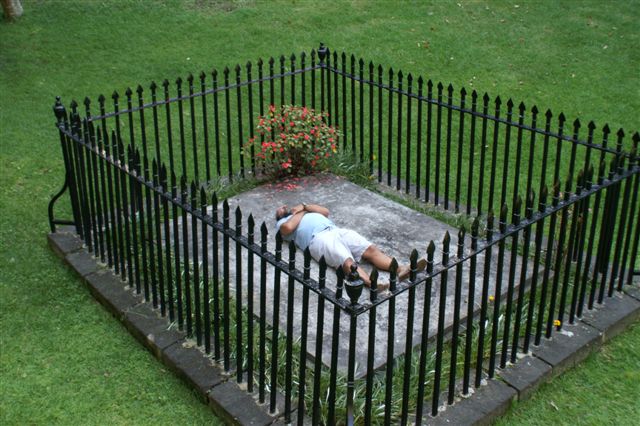 We did enjoy stopping in St. Helena, where Hank and I visited Napoleon’s house and his (first) tomb. Later, when I got off the boat in Brazil, I was detained by the federal police for a while… but that, as they say, is another story.

As far as I know, this is the only one of these boats that has ever been built. It is one of the most attractive examples I’ve encountered of a fast open-bridgedeck catamaran with enough living space to keep two couples or a small family comfortable during an extended cruise.

The boat is built by a small family-owned firm, Scape Yachts, outside Cape Town, which is where several of the most popular mass-production charter/cruising cats sold in North America now come from. The design, by Alexander Simonis and Maarten Voogd, is derived from that of a day-charter catamaran that Scape has sold to several head-boat operators.

The Scape 39’s construction is light and extremely stiff. Indeed, the crane operator who launched Doubletime in Cape Town (he has also launched many cats for big South African builders) proclaimed it the stiffest boat he’s ever handled. The laminate consists of stitched E-glass fabric vaccum-bagged in epoxy resin over a PVC foam core with carbon-fiber reinforcements in the crossbeams. The two hulls are quite narrow with very fine plumb bows and deep daggerboards and are conjoined by a nice high bridgedeck. The rig features plain aluminum spars, a large mainsail with a very full roach, a non-overlapping solent jib, and a fixed bowsprit for flying large reaching sails and asymmetric spinnakers. 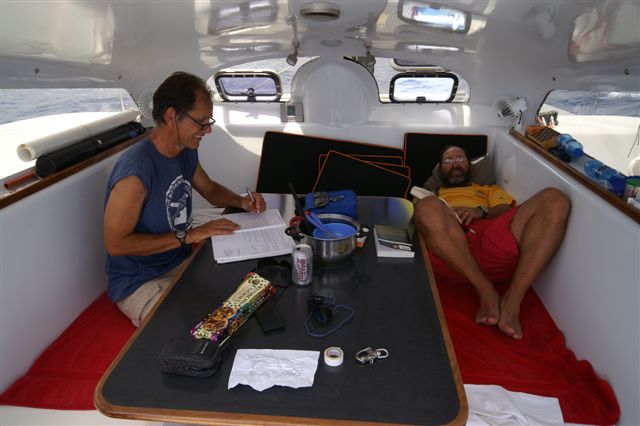 The main feature on deck is the distinctive hardtop “pod” directly behind the mast. This is the only shelter outside the hulls and contains two settees with a narrow table between them. Drop the table, add a filler cushion, and you’ve got a super-sized on-deck double berth. Leave it up and the pod serves as a great social center where meals can be shared or deck watches maintained in sheltered comfort. 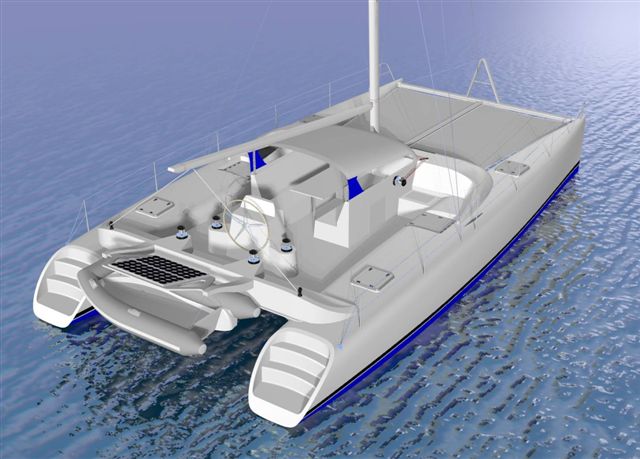 Behind the pod is a central steering pedestal surrounded by a battery of four winches controlling the double-bridle mainsheet, headsail sheets for any sails flown from the bowsrit, plus the control lines for the daggerboards. All halyards and reefing lines, plus the single-lead sheet for the solent jib, are fed through organizers and clutches to two winches mounted on either side of the pod. This deck lay-out works well and makes it possible for one crew member assisted by an autopilot, or two experienced crew working without a pilot, to sail the boat in most conditions. 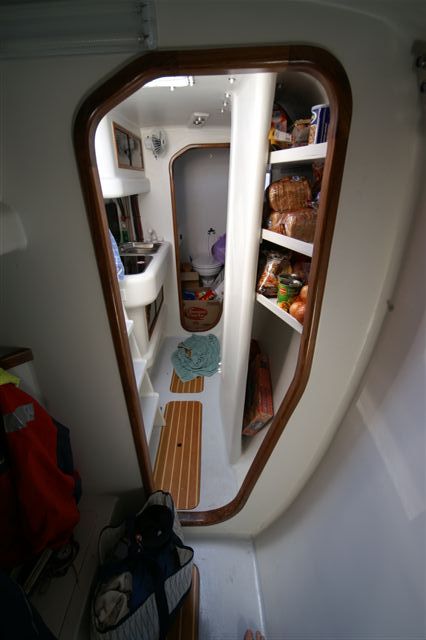 The accomodations in the hulls are a bit minimal, but are still more commodious and liveable than those I’ve seen on most other truly high-performance cruising cats in this size range. There are good-sized double platform berths all the way aft in each hull plus a head for each hull up forward. In the middle of the port hull there is a small stand-up nav station; the starboard hull has a small galley with a fixed range and sink. Both hulls also have narrow single berths in the bows forward of collision bulkheads. These can only be accessed through bow hatches and for most mortals are not habitable while sailing in anything like a seaway. Standing headroom in the hulls is a whisper under 6 feet, and storage is limited, though there are some very useful large open shelves behind the daggerboard cases.

The big problem with the living space is that you cannot move between the two hull interiors and the pod on deck without exposing yourself to the elements. On a coastal cruise in an agreeable climate this is not troublesome (indeed, to many it may seem a great asset), except on days when it rains hard. But when sailing in open water in strong conditions it can be uncomfortable, though not impossible, to deal with. During the few hours we spent in heavy air and rough water leaving Cape Town things got pretty wild. With incessant spray flying over the deck it was impossible to move from galley to dinette table to nav station without first donning foul-weather gear, and every time we opened a hatch to go anywhere we stood a good chance of shipping a wave below. Sleeping below when it was rough was something like trying to relax while going over Niagara Falls in a barrel.

Of course, the best thing about the boat is how fast it sails. Put a moderate breeze anywhere near its beam and it takes off in an instant.  It can easily sail faster than its nominal hull speed when conditions are right and has an actual top speed, according to its builders, of somewhere around 20 knots. It can and will fly a hull when pressed hard, thus is not a boat for the faint of heart. Because it does accelerate so hard, apparent wind speed and direction can be extremely variable and are often very different from the true wind, which seriously changes how you think about getting somewhere.

During my passage on the boat we sailed over 225 miles that first day, which is remarkable for a cruising vessel of this size. During most of our voyage, with light to moderate winds right aft, we made good about 160 miles a day while sailing quite conservatively. Thanks to its deep daggerboards, which provide plenty of lift, the Scape also performs well to windward, which is always a big plus on any catamaran.

In terms of systems, the boat can be kept very simple if you like.  Doubletime has twin inboard Yanmar diesels with saildrives, a very nice refrigeration system, and electric toilets. None of this is really necessary. An outboard engine on a bracket, a well insulated icebox (or even a couple of big portable coolers), and a pair of manual toilets would work just fine on the sort of cruises this boat is best suited for. 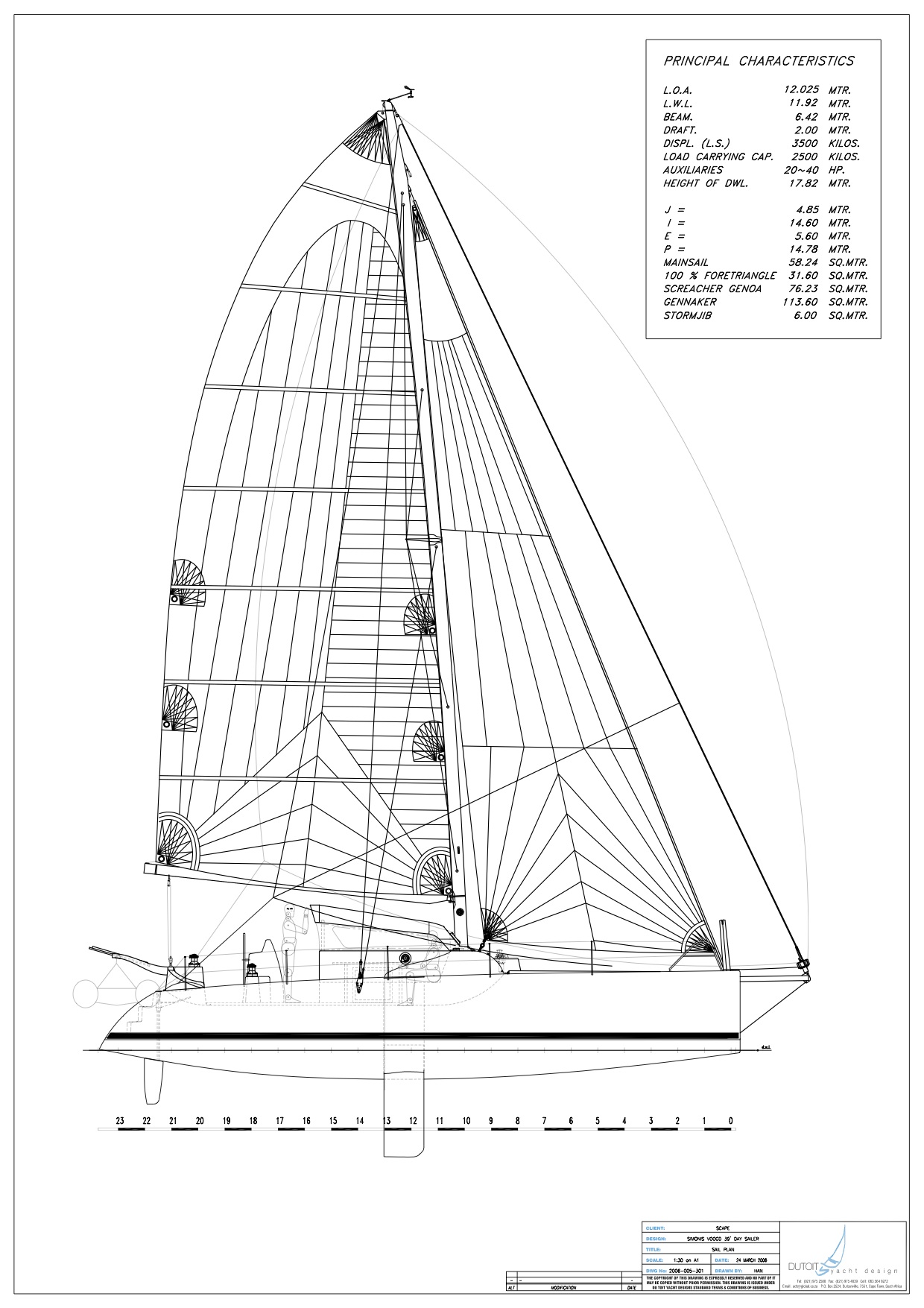 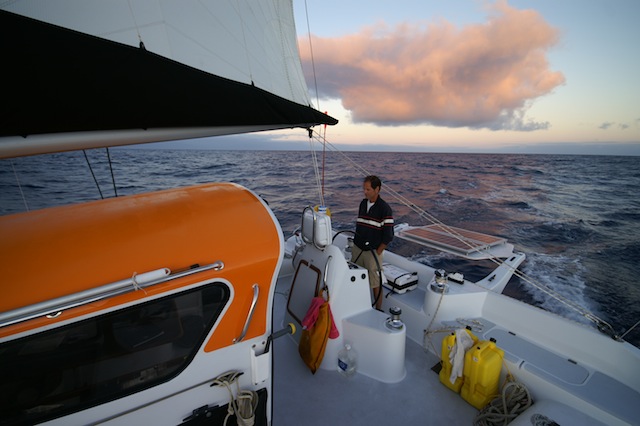 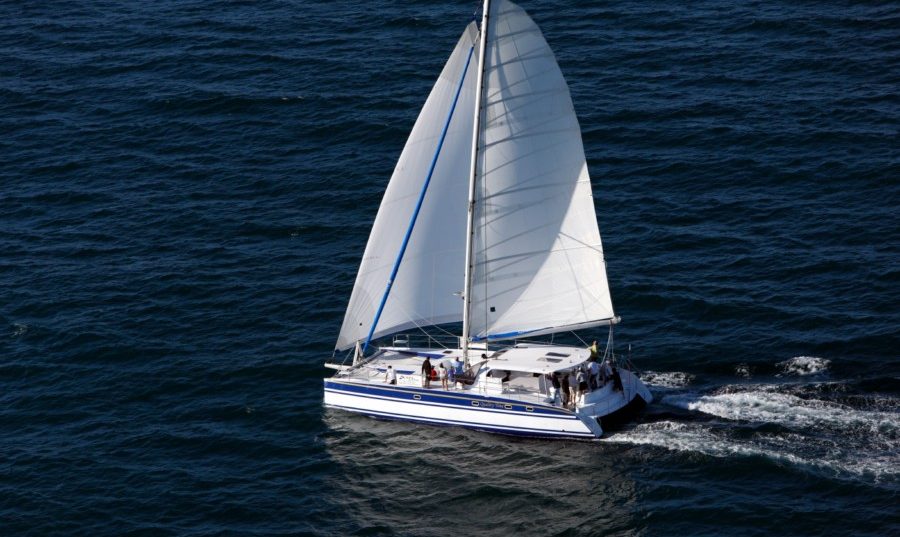