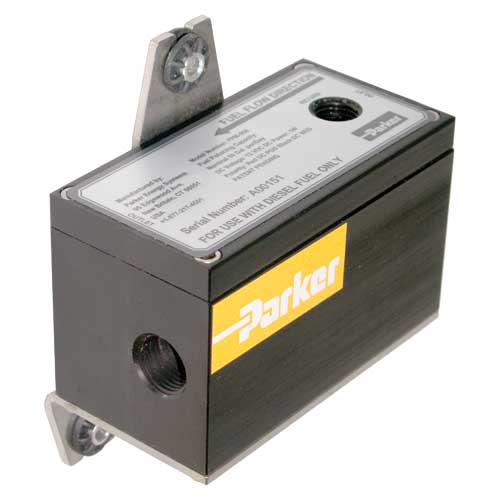 Having recently been involved in some annoying funky fuel adventures on my boat Lunacy, I was very interested in this new Parker Racor FPM-050 fuel-polishing “module” I found at the Miami show. The b lack box you see here is basically a pump that can continually pull a low volume of fuel through a Racor fuel filter when your boat is idle. Though you can also purchase a timer/controller unit that automatically turns the pump on and off at set intervals, its power draw is so low you can in fact leave it running unattended for indefinite periods of time. It seems an ideal way to keep fuel from getting wet and funky during an extended winter lay-up or when you are otherwise away from your boat for longer than you’d like to be.

According to the Parker guys I spoke with at the show, the FPM-050 has no moving parts and instead relies on solid-state piezoelectric technology to create a hydraulic pulsing action that moves fuel slowly through the unit. The typical flow rate is about 50 gallons a day, depending on the installation. On Lunacy this is almost enough to filter all the fuel in the main tank once every 24 hours. The unit reportedly draws only 150 milliamps at 12 volts, or less than 3 amp-hours a day. For any cruising boat on a mooring with even minimal wind or solar capacity this is a pittance, and certainly for any boat on a dock plugged into shorepower it is irrelevant. In Lunacy‘s case, I figure it would take 70 to 80 days of lying on the hard or on a mooring with absolutely no wind or sun before her batteries were affected by the drain.

The FPM-050 can easily be installed in an existing fuel line between a primary Racor filter and the engine it serves, with a return line teed into the engine’s return line, as illustrated here. Or you can create a dedicated fuel-polishing loop with a second Racor filter and dedicated feed and return lines. The FPM-050 can only be used with diesel, kerosene, or biodiesel fuels and retails for about $499. The FPM-PTC-12-A timer/controller, if you want it, sells separately for about $199.

Speaking of fuel and Miami, another thing I noticed is that the most popular boats at the show sure do burn lots of it. 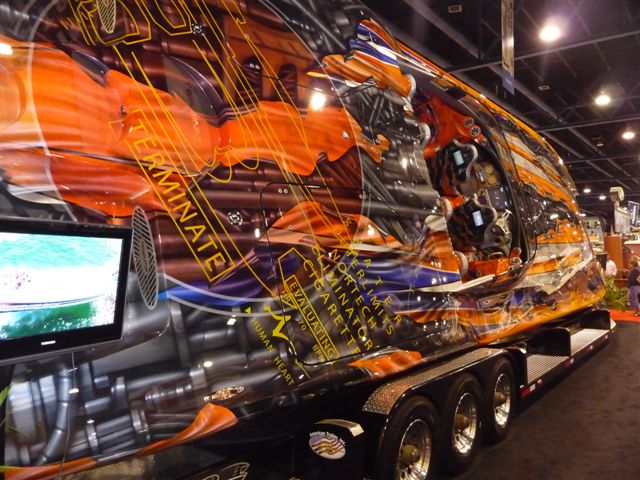 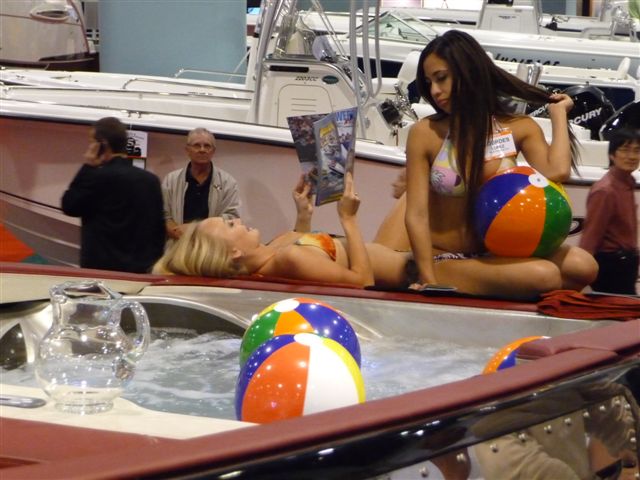 You don’t see boats and salespeople like this at most of the shows I attend. Vive la difference! 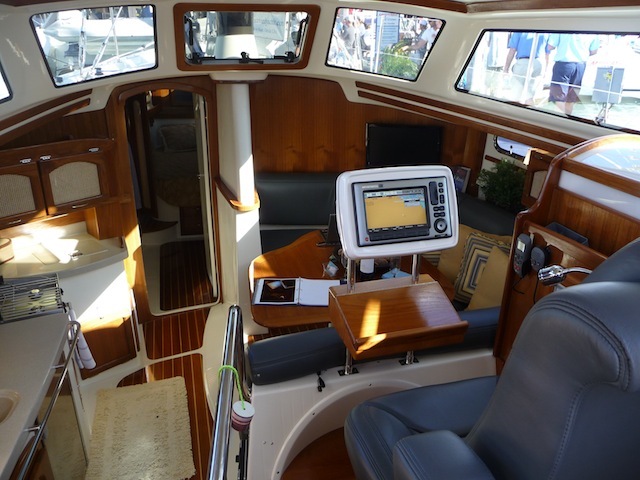 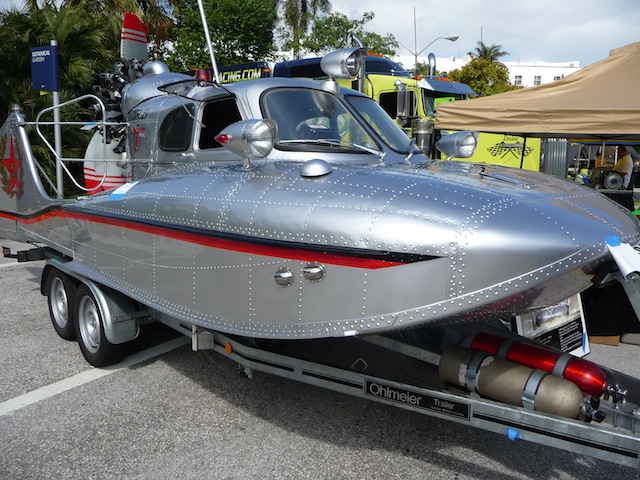