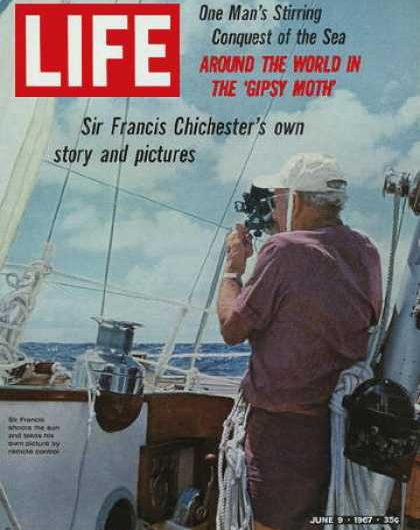 My recent foray into Chris Eakin’s A Race Too Far inspired me to re-read Gipsy Moth Circles the World, Sir Francis Chichester‘s account of the one-stop solo circumnavigation he undertook in 1966-67. As Eakins relates in his book, there was a great media frenzy in the U.K. on Chichester’s return, and this led immediately to the launching of the Golden Globe Race of 1968-69 by the Sunday Times newspaper. Over here in the U.S., some may recall, the echo of that frenzy landed Chichester on the cover of Life magazine. I am just old enough to remember that little publicity bomb well, and Chichester’s book was the first I ever read about a voyage of this type.

I always remembered it as being a bit dry and boring. I have not read it since and am pleased to report I liked it much better the second time. Chichester’s prose is indeed dry, but is also precise and very intelligent. With it he carefully documented, and modestly understated, what was truly a remarkable voyage.

What strikes me most on revisiting this adventure is what a phenomenally bad boat Gipsy Moth IV was. Had Chichester failed to return, we might now remember him more like we remember Donald Crowhurst, as a tragic figure who realized his boat was totally inadequate for the job, yet went ahead and sailed aboard her anyway. True, Chichester did have much more experience than Crowhurst, but he was also much older and in poorer health. When he sailed from Plymouth, England, in August 1966 he was 64 years old and had only recently recovered from what had been diagnosed as lung cancer (many now hold it was in fact a lung abscess). At the time of his departure he also had chronic pain in his legs and had great difficulty sleeping. 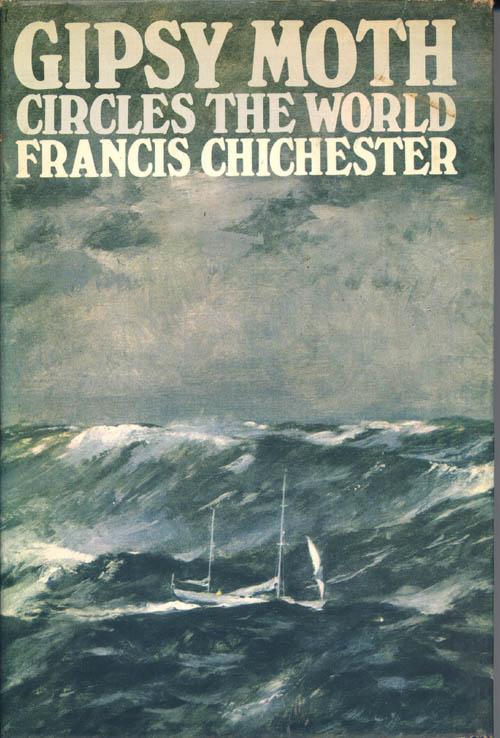 Like Crowhurst’s boat, GM IV was custom-built for her voyage. She was also custom-designed, by Illingworth & Primrose, one of the better known firms in Britain at the time. Chichester wanted a smaller boat with a full keel, more similar to his earlier Gipsy Moth III, in which he won the first singlehanded transatlantic race in 1960. John Illingworth instead presented him with a proposal for a big boat with a separated keel and a rudder on a skeg. Chichester got his way on the keel, but the boat somehow never got smaller and in the end measured 53 feet overall (or 38’6″ on her waterline). GM IV turned out quite narrow relative to her length, with soft bilges, and when first launched was, according to Chichester, so tender she lay over flat in a Force 6 breeze. As he described it, “the thought of what she would do in the huge Southern Ocean put ice in my blood.” 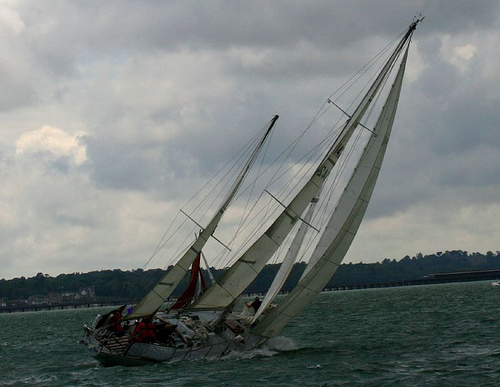 (GM IV heeling to a moderate breeze after her 2004 restoration)

In Britain, prior to her departure, more lead was added to GM IV‘s keel. Still, she heeled much too easily and Chichester sometimes found it impossible to control her on his outbound passage to Sydney, Australia. At certain times her helm was so hard he could not shift the tiller. At others she would suddenly bear away downwind and jibe for no apparent reason. It often took Chichester an hour or more to get his windvane to steer the boat; just as often the vane could only manage the helm for short periods of time. After the vane gear broke some 2,300 miles shy of Sydney, the wily old sailor spent many more hours agonizing over how to get GM IV to steer herself. After much experimenting, he found the only way to do it was to constantly keep her staysail aback on a line to the tiller.

At Sydney the famous Aussie America’s Cup designer Warwick Hood reconfigured GM IV‘s keel and parts of her rigging. Chichester hailed the improvement in the boat’s behavior on the inbound passage back to Plymouth, but still she was often hard to handle. Ultimately, Chichester deduced that the boat was very sensitive to her angle of heel. Once heeled past a certain point she became wild and unpredictable, and once Chichester understood this he had an easier time of it. 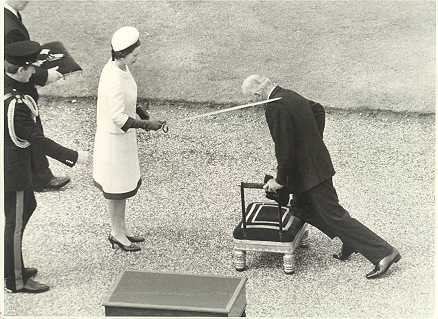 Not surprisingly, though GM IV earned him great fame and a knighthood, Chichester never thought well of her. In his book, perhaps characteristically, he summed up their relationship in a footnote:

Let me say at once that I think she is a very handsome boat and if she is controlled she can go fast. Time after time she has reminded me of Lisette, the famous mare. Lisette belonged to General Marbot, ADC to Napoleon. Marbot was able to buy her because she had a bad habit of killing grooms. Marbot controlled this viciousness as far as he was concerned and she saved his life, once by her great speed, a second time by treading and killing a Russian who was lunging at Marbot with a bayonet, and a third time by killing a Russian officer striking at Marbot with a saber which wounded Lisette. I admire Lisette immensely, but I do not think I could ever have been fond of her.

It says something of the British character, though I’m not sure what exactly, that they have chosen to worship this obstreperous vessel. Soon after Chichester’s voyage she was enshrined as a national treasure next to the great tea clipper Cutty Sark at Greenwich. Subsequently, in 2004, she was completely rehabilitated and sent round the world again on a commemorative adventure. The highlight of that trip was her stranding on a reef in the Tuamotus. Currently GM IV belongs to the United Kingdom Sailing Academy, and according to the most recent issue of Yachting Monthly is for sale. Evidently the UKSA has found that (surprise, surprise) she is unsuitable for sail training. Curiously, I can find no independent confirmation of this, and whenever I call the UKSA about the boat, they act as if they have never heard of her.

The other thing that really strikes me about Chichester’s voyage is how much he drank. I only learned recently that while loading gin on to GM IV he was quoted as remarking: “Any damn fool can navigate the world sober. It takes a really good sailor to do it drunk.” And on re-reading his book, I find he was indeed constantly rewarding himself with bottles of champagne or multiple strong cocktails after sail changes, changes in the weather, and what-not.  In addition to the champagne and spirits, GM IV also had an integral beer keg that fed brew to a tap fixed on the side of a clever gimbaled chair Chichester had installed in the galley. Assuming the man understated his consumption, it seems likely he was in fact half-drunk during much of the voyage. Which, as he himself noted, only makes it that much more impressive. 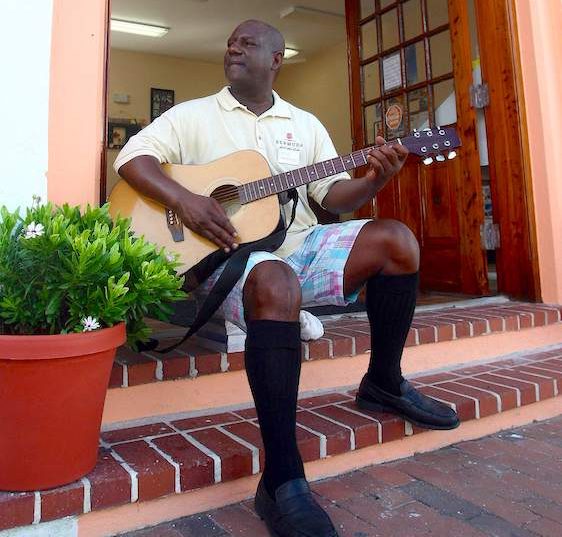 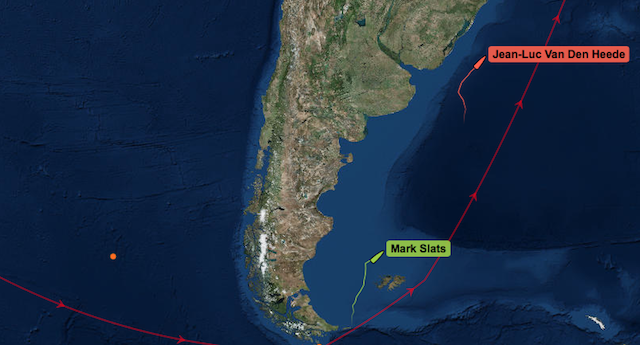 GOLDEN GLOBE RACE: Back in the Atlantic, Attrition, Bending the Rules