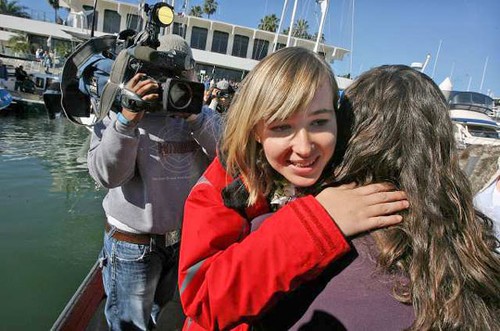 So now the fat is in the fire. We have two pubescent girls on the loose bound non-stop around the globe via Cape Horn and the Southern Ocean with all the world watching and cheering them on. Abby Sunderland, age 16 (in the photo above), departed Marina del Rey in Los Angeles on Saturday, and as I write is west of Ensenada heading south down the Mexican coast. Meanwhile, her rival, Jessica Watson, also 16, of Queensland, Australia, who already cleared Cape Horn on January 13, suffered multiple knockdowns over the weekend while riding out a 70-knot gale. During the worst of these her boat, an S&S 34 called Ella’s Pink Lady, was reportedly inverted at a 180-degree angle. Jessica’s EPIRB was ignited, though not intentionally, and both she and her boat are purportedly in good shape.

Having followed Jessica’s voyage since she departed Sydney on October 19, I must say I’m impressed with her pluck and spirit. She gives great video and certainly seems competent. Abby, thus far, is a largely unknown quantity. I assume she too is a competent sailor, but she’s sailing an Open 40 (called Wild Eyes, ex BTC Velocity), a lightweight racing sled with a thin, deep blade of a keel and an over-sized sailplan. If you watch this LA Times video released over the weekend, you’ll find that Abby’s mother believes that a) circumnavigating non-stop in high southern latitudes is actually safer (for teenage girls) than stopping places on a more equatorial route; and b) an Open 40 is a very safe boat in which to embark on a voyage like this. The woman clearly is delusional, or at best is simply trying to delude others. 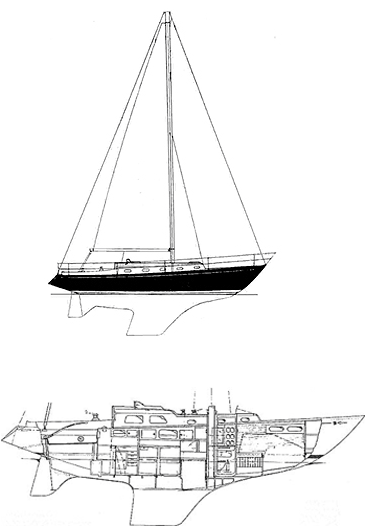 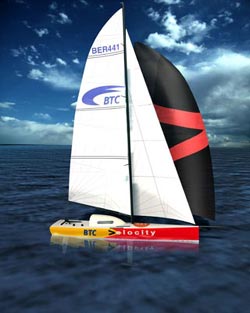 (Abby’s boat: An IMOCA Open 40. Which looks more conservative to you???)

The point, of course, is to become the youngest person to sail around the world alone. The first putative record-holder was Robin Lee Graham, who finished his 5-year-cruise in 1970; then came Tania Aebi, who finished a 2-year-cruise in 1987. Since Tania, we’ve seen a seemingly endless cavalcade of contenders, the most recent of whom were Zac Sunderland, Abby’s brother, who completed his circumnavigation in July 2009 and held the record briefly, and Mike Perham of Great Britain, who finished a few weeks later and is now the reigning champ.

As competitive enterprises go, this is all fairly pointless, as date of birth, rather than skill and ability, is the most determinative factor. And the ante keeps getting higher. Mike Perham, for example, sailed his voyage in an Open 50, but failed to go non-stop and cleared South America via the Panama Canal instead of Cape Horn. If Abby succeeds in her bid and transits Cape Horn in an Open 40, I’m sure the next kid will want an Open 60. (You know how kids are.) All of which does make for good spectacle, I suppose, particularly in this age of satellite communications, but someday some child will die doing this and it will be nothing but tragic and ugly. I confess I have a bad feeling about this latest go-round; I only pray my worst fears are not realized.

While I admire and appreciate what motivates these kids, I think there must be a better way to channel their energy. What they need is an organized event that is well regulated, with proscribed age limits and reasonable entry qualifications, plus a reasonably safe route and safe boats to compete in. We do the same for kids in other sports; why not in ocean sailing??? 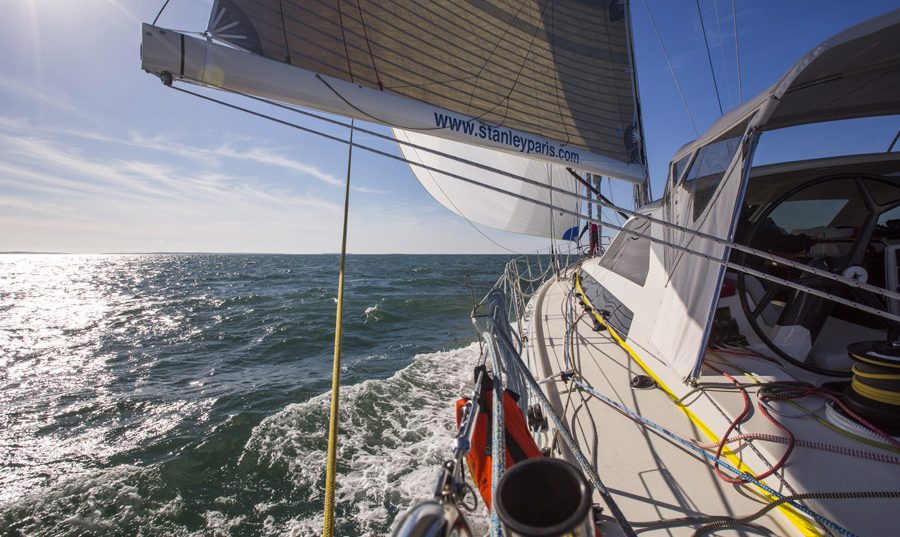 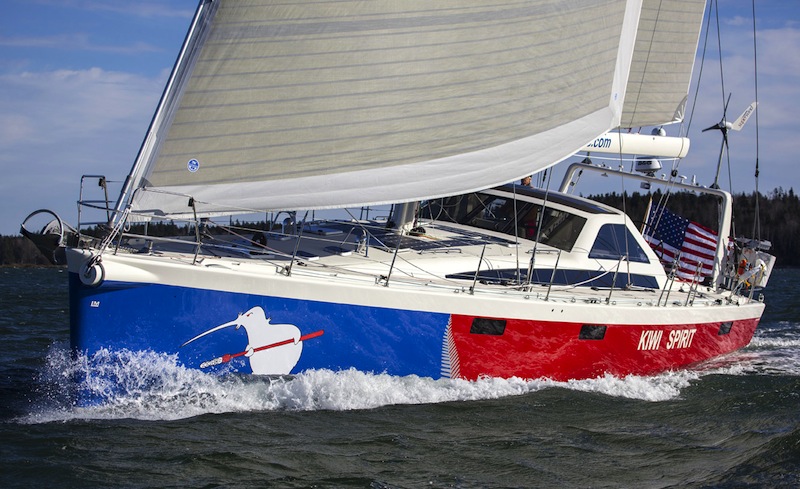