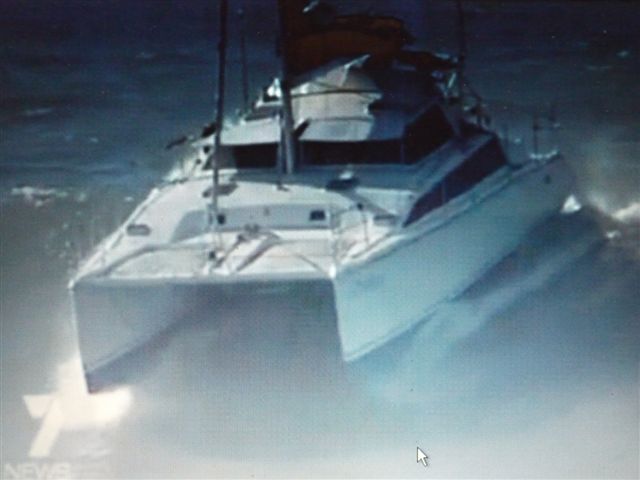 This is a Perry 43 catamaran named Saltonay coming in over the bar at the Southport Seaway entrance to Queensland’s Gold Coast in Australia. If you watch the whole video you’ll see these guys had one hell of an exciting ride.

Bulletin boards on the net have been crackling with critiques of the skipper’s seamanship. Having studied the situation a bit, I’ve come to the conclusion he knew what he was doing, though I’m not sure I would have done the same thing in his position.

There’s no doubt that the Southport bar is nothing to trifle with. Evidently it was absolutely treacherous prior to 1986, at which time the Seaway was constructed and the inlet’s banks were shored up with some serious rock retaining walls. But the entrance can still be quite challenging and at times is impassable. The local Volunteer Marine Rescue Association maintains an observation post atop what is known as the Seaway Tower overlooking the inlet and advises mariners by radio on what conditions are like. This aerial shot was taken when things were calm: 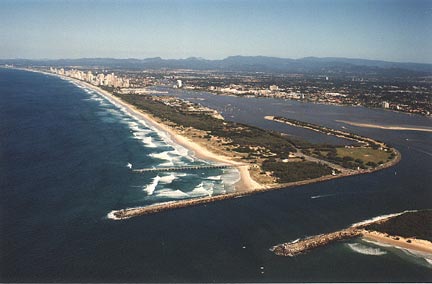 Here’s another shot of a monohull trying to get out the entrance when things weren’t so calm: 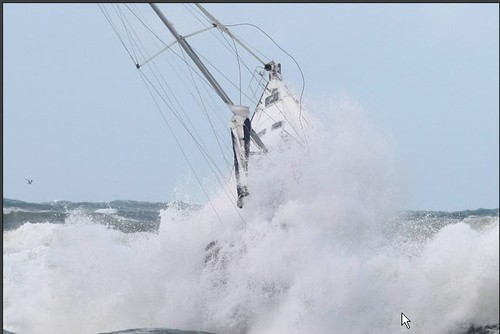 Saltonay‘s owner and skipper, Ian Sloan of Tasmania, is no novice when it comes to crossing dangerous bars. He has negotiated many of Australia’s more challenging inlets and underwent two days of specialized hands-on bar-crossing training at the Lakes Entrance in Victoria, considered by many to be the trickiest bar in Oz. Before deciding to take Saltonay through the Southport inlet Sloan and his crew of two stood off the entrance for about 18 hours, monitoring conditions while communicating both with VMR in the Seaway Tower and another vessel, a large powerboat, that was also standing off waiting for an opportunity to enter. Sloan made his final decision only after he watched the powerboat go through. Though the powerboat had some trouble during its transit and almost broached and hit the wall, Sloan figured his catamaran would be more stable and much less likely to broach. He then observed the wave sets in the inlet carefully before picking his moment. As you can see in the video, there is one split second where the cat almost starts slewing into a broach, but then quickly recovers.

Sloan wrote a full account of his Southport transit for Multihull World, an Aussie magazine, in which he describes his moment of truth as follows:

This wild and incredible ride lasted only for 20 to 30 seconds. Spray and water exploded all around the boat as the bows firstly bit into the face of the wave and then lifted as the buoyancy raised them. The rudders were doing their job as her bum tucked down, and she tracked like a rocket on rails, responding instantly to the corrections given by the helm. The noise inside the boat was like [that of] half a dozen bowling balls being bowled down a corrugated bowling lane.

Conditions in the cockpit were euphoric; we screamed and yelled like banshees with excitement. This was way over the top in terms of thrill rides on the Gold Coast. At no stage of the ride did any of us feel fear, concern, or anything approaching a worry that we were in jeopardy. It was the experience of a sailing lifetime, an adrenalin rush like none of us ever experienced.

I’m sure it was, but it is important to note that Sloan did have other options. Instead of shooting the Southport inlet he could have made a 120-mile detour and slipped behind the Gold Coast’s barrier islands further north at Brisbane. Several critics have noted that all the time spent waiting off Southport could just as well have been spent pursuing this safer alternative. In his account Sloan does explain that he originally did decide to detour to Brisbane, but got sucked into waiting at Southport by forecasts of improving conditions there.

Be that as it may, I doubt I would have had the balls to try this. I think I would have been crawling up to Brisbane like a whipped puppy. 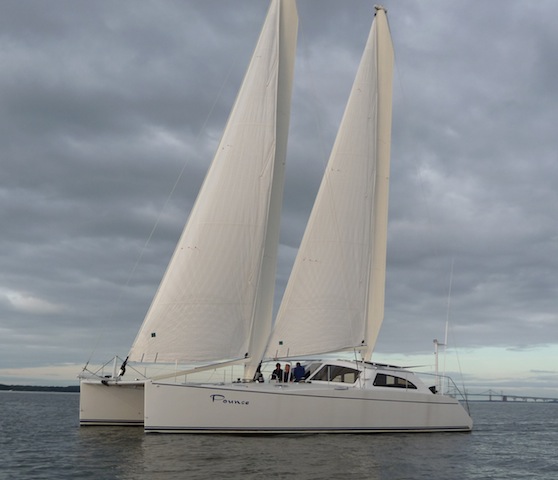 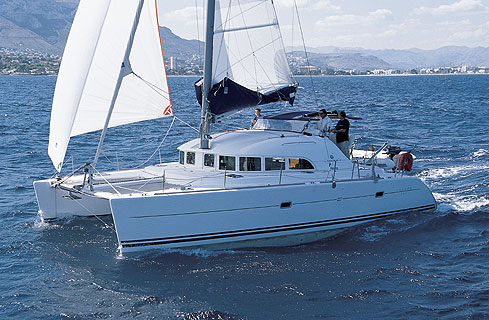