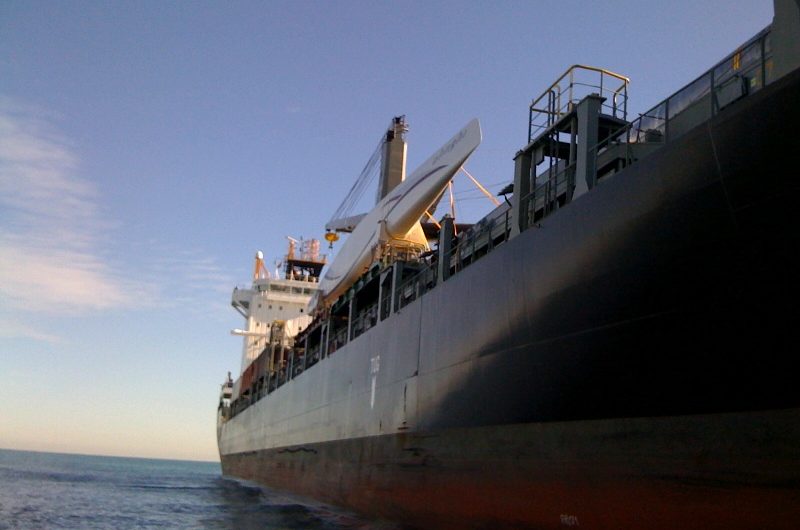 Happy New Year, sports fans. I’m just back from a post-Xmas family cruise on Lunacy down in the W’Indies, of which more later, but today I wanted to give you some quick updates on three evolving stories we were following back there in the tail end of 2009.

First up the Cup. Ernie Bertarelli has fortunately succeeded in getting his boat Alinghi 5 to Valencia for next month’s America’s Cup showdown. No information yet on how he managed to smooth things over in RAK, but presumably some species of time-consuming negotiation was involved. RAK, after all, is much closer to Valencia than San Diego, and in the end the two super-sized AC multihulls arrived on their respective freighters within hours of each other this past Sunday.

Not suprisingly, Ernie and and his nemesis Larry Ellison have found other issues to squabble about. Larry wants to make sure Ernie’s sails are manufactured in Switzerland. Ernie wants Larry to park his hard-winged boat in a very inconvenient place inside Valencia harbor. I expect each side will start complaining about the other’s fashion accessories most any day now.

Meanwhile, the runaway wanna-be teen circumnavigator Laura Dekker got some good news after she was captured in St. Maarten and got hauled back to the Netherlands against her will. A Dutch court has wisely ignored recommendations from child-welfare officials that Dekker be placed with a foster family and has ruled that she may start her trip around the world as early as next summer provided she meets certain conditions, the details of which have not been made public. Laura reportedly was ecstatic when she got the word. 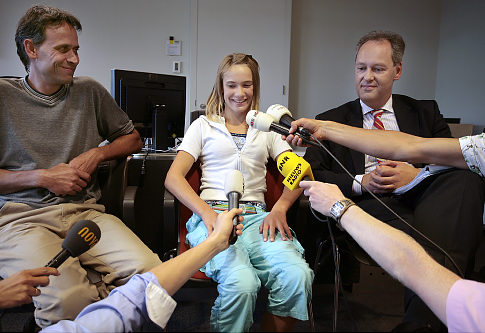 Finally, Reid Stowe‘s computer has crashed and his steady stream of blog and art posts has unfortunately ceased a few days shy of his 1,000th day at sea. He is, however, still providing voices updates via sat-phone to his shore team, so you can still follow his progress on his website, albeit on a less continual basis.