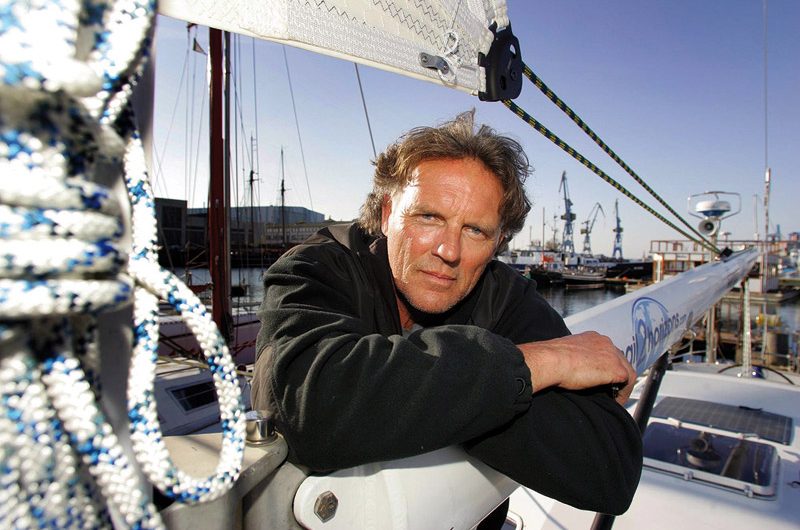 In yesterday’s post on the boats abandoned in this year’s ARC I mentioned how improved comms technology has made it easy for modern ocean sailors to bail out when the going gets tough.  In most cases, as with the ARC boats, the question is whether the crew instead might reasonably repair or jury-rig the vessel in question.  But better communications at sea can have all kinds of weird implications.

Take, for example, Bernt Luchtenborg, an extremely competent German solo voyager who was five months into a projected non-stop double circumnavigation aboard his 52-foot cutter Horizons when he smacked into something, probably a whale, and broke off his rudder on November 24 about 430 miles west of New Zealand.  Luchtenborg is the real deal.  He didn’t believe he was in any danger and went straight to work building a new rudder out of a cabin door.  But he also let folks on shore what was going on and in the end was brow-beaten into abandoning ship by his wife and insurance company.

Luchtenborg was “rescued” by a luxury cruise liner, Seven Seas Mariner, and according to the New Zealand press the liner’s skipper described the recovery of the solo sailor in large seas in a ship’s boat as a rather risky operation.  But, he noted, the passengers found it very entertaining. 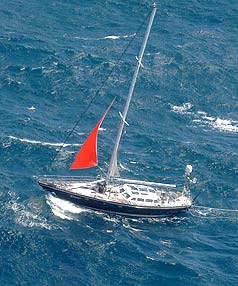 Luchtenborg went straight to work organizing a salvage effort and this week chartered a local fishing vessel out of Bluff, New Zealand, that located Horizons and towed her 500 miles to shore.  Luchtenborg is now working on his boat in Bluff (evidently the windvane and autopilot were also badly damaged after the abandonment) and plans to sail home to Germany when repairs are complete.

You seriously have to wonder what these insurance actuaries are smoking these days.  The math seems fairly simple to me.  The cost to the insurer of letting a policyholder jury-rig a rudder to sail an insured vessel to shore is zero (except perhaps if he makes a claim for the cabin door he used doing it).  The cost of a salvage effort conducted over hundreds of ocean miles in most cases will come to several thousand dollars.  In some cases it may cost nearly as much as the boat being salvaged.

As for Luchtenborg’s wife, she of course was only doing what wives are supposed to do.  Presumably Luchtenborg understood the implications of talking to her about his predicament.  (Note to self: do NOT phone home next time the rudder falls off the boat.)  A sat-phone connection can be a powerful weapon in the hands of a worried sailing widow.  Imagine Bernard Moitessier way back in 1969 when he decided to blow off finishing the Golden Globe Race and sail around the world again to Tahiti.  He let his wife know he wasn’t coming home by firing a note stuffed in a film canister on to the deck of a passing freighter with a slingshot.  I doubt he would have ever had the nerve to tell her over the phone.