I encountered this little weapon of a boat, the K650, at the Newport show, hunkered down on a trailer. A sport boat I guess i s what you’d call it, though what it looks like is a miniaturized Volvo Open 70. Which makes sense, since its designer, Juan Kouyoumdjian (a.k.a. Johnny Unpronounceable), has a portfolio filled with top Volvo boats, America’s Cup boats, you name it. Brendan Kavanaugh, North American rep for the builder, Yum Boats, told me the K650’s top speed under sail so far is 21 knots, but they think it’ll go 25.

What I found most interesting is the worm-drive swing keel, which is what allows the boat to be stored and easily launched off a trailer. The 600-pound lead keel folds up neatly against the bottom of the hull and can be swung up and down by yanking on a line in the cockpit. I crawled inside the hull through a tiny hatch in the foredeck to get a look at the mechanism and this is what I found. 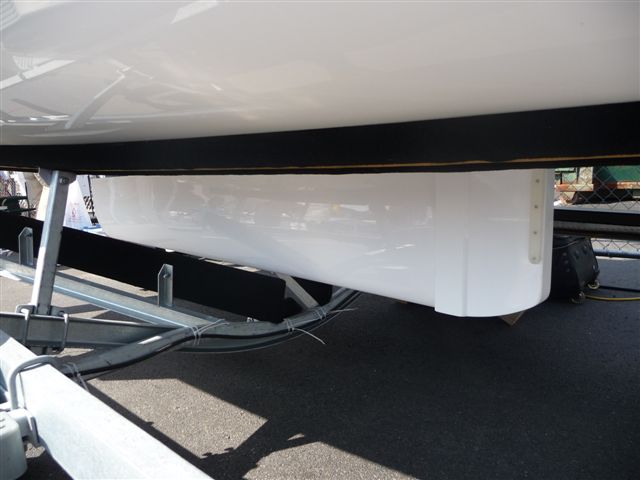 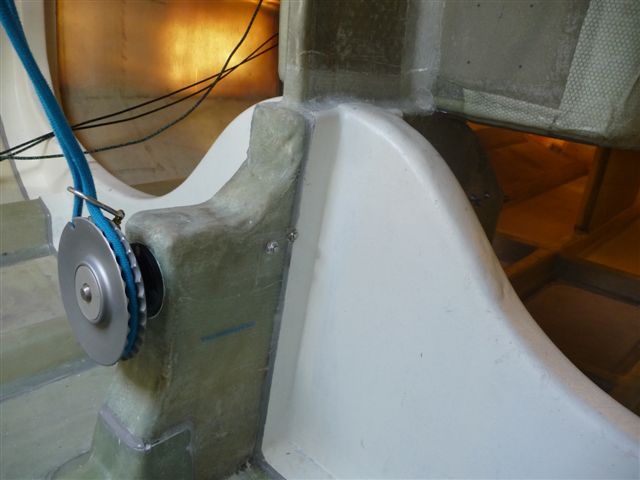 You can see the line-drive for spinning the stainless-steel worm gear, which is encased inside the sealed keel box. What a cool idea! I’d heard of worm-drive centerboards before, but never a whole keel. Brendan says the keel kicks up when it hits bottom. I asked him if this was the first boat ever designed with a worm-drive keel, and he said he thought so, but couldn’t say for sure. You never know. This is exactly the sort of thing Nat Herreshoff might have dreamed up.

While crawling around down there I also found the back side of the retractable articulated 6-foot bowsprit. Always wondered how they did this. 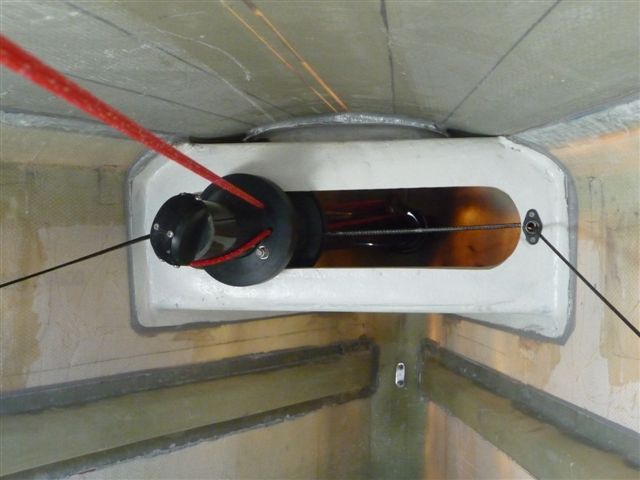 Other particulars include a rotating carbon wing mast, a resin-infused Airex-cored hull, and Karver hardware on deck. Something else I hadn’t seen before were the “Ackerman effect” twin rudders. The offset connections to the tiller turn the inside rudder (whichever way the boat is turning) a bit harder than the outside rudder, so that the outside rudder isn’t creating extra resistance through the turn. How sweet is that? 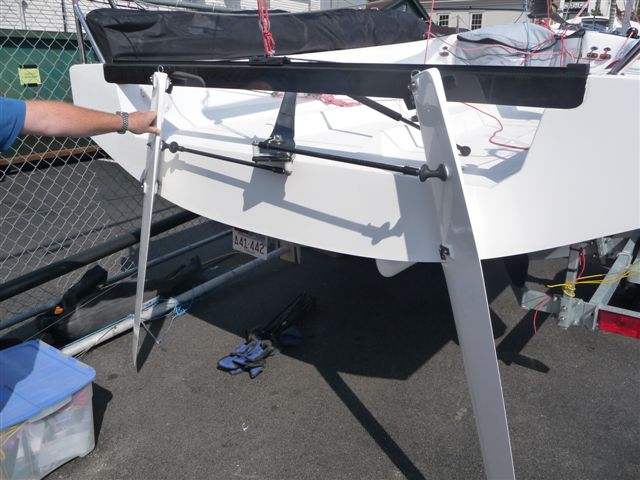 The boat sells for $70K; specs (in foots and inches) as follows: