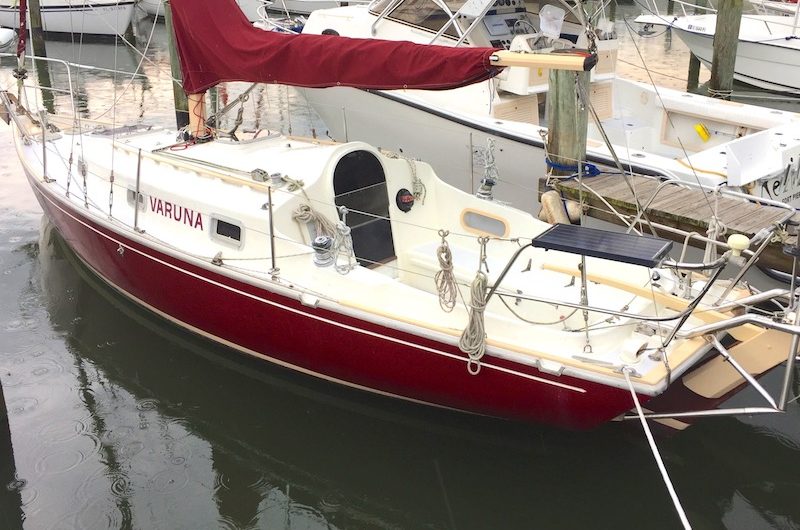 I have this straight from the horse’s mouth, so to speak, as Tania just dropped me an e-mail to help scare up some publicity. Though it no longer belongs to her, she’d really like the boat to be recovered. The boat (seen in a recent photo up top) being her old Contessa 26, Varuna, in which she sailed around the world alone as a teenager back in the 1980s.

Varuna was last seen on August 25, some distance west of Gibraltar, per Tania’s succinct missive:

Contessa 26, sloop, burgundy hull. Tony is the fourth owner since me–three of whom aborted grand sailing plans in favor of wanting time with new grandchildren. He bought her two years ago, fixed her up really nicely with all kinds of equipment, such as radar even, and took off in June. Stopped in the Azores and installed new batteries and regulators, which failed again once underway to Gibraltar. Boat got wet, as she would, engine failed for some as yet unknown reason, so did new regulators for solar panel. He was scared being out there with all the shipping, trying to make an engineless, radar-less, electronic-less landfall on Gibraltar. At dawn on Aug 25, he called a passing ship via VHF with his last bit of electricity and climbed to safety, leaving her adrift about 600 miles west of Gibraltar. He has already reported position, etc., to Azores SAR and Portugal SAR, though I don’t know it with any more precision. By now she must have been carried some distance south. 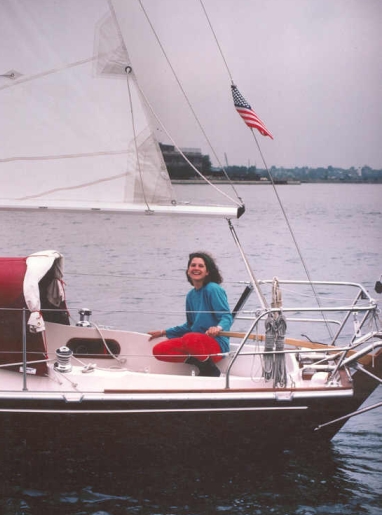 Tania aboard Varuna back in the day

Those who have read Tania’s book about her circumnavigation, Maiden Voyage, and have an appetite for irony may recall that Varuna’s status at the time of her abandonment mirrors much of Tania’s experience with the boat. These small low-slung Contessas are very wet offshore and it can be hard to keep systems running properly.

The last passage of Tania’s epic adventure was non-stop from Gibraltar to New York, more than 3,000 miles, in the fall of 1987 and took 52 days. A challenge, to say the least. For a while she lost comms capability and, per a sensational headline in the New York Post, was presumed to be lost at sea. 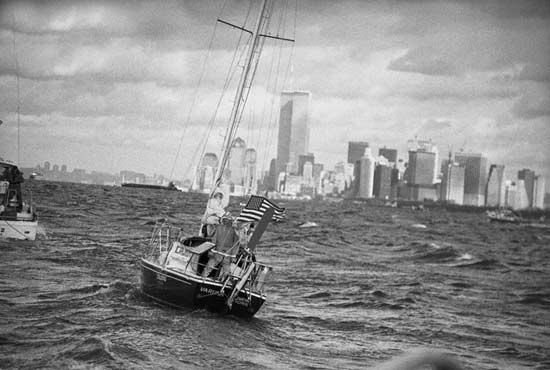 Tania aboard Varuna in New York Harbor on November 6, 1987, the day she finished her circumnavigation 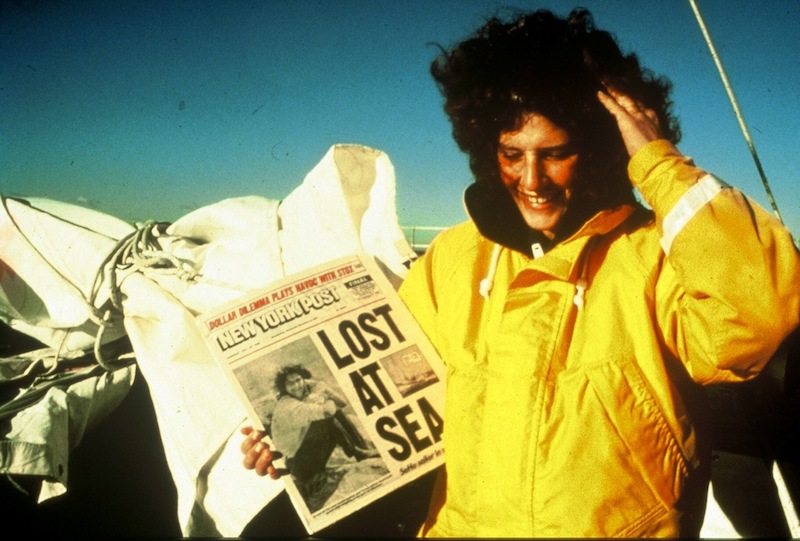 Holding up a copy of the Post’s erroneous headline, Harry Truman style

This time Varuna truly is lost. But I reckon there’s a very good chance someone will spot her. Soon there will be a thousand or more yachts charging west across the Atlantic from Europe to the Caribbean. You all keep your eyes peeled out there, and maybe take along an extra crew member or two, so you can salvage her when you find her.

0Shares
abandoned boatssolo circumnavigationsteen sailors
Previous PostPOPHAM BEACH PILING REMOVAL: The Politics of Beach ErosionNext PostEYE OF THE STORM: Cleaning Up the Mess in the Caribbean