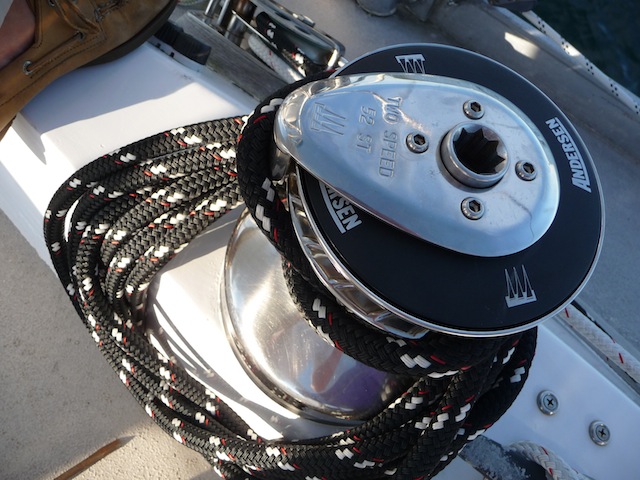 I spent Monday out on Lunacy again and revisited Wills Gut, or McMansion Cove, as I’ve come to think of it, for the first time in three years. Before the sun went down I installed the new “disc springs” on my Andersen winches, a seemingly easy job that turned out to be not so easy after all.

Fortunately, thanks to the exploratory surgery I performed last time I was on the boat, I did at least succeed in acquiring the right parts. What I hadn’t realized is that the seemingly innocuous black plastic lids on these winches actually do serve a purpose, which is why they’re called disc springs. My old springs had gone limp and were crumbling into pieces, due to UV exposure, presumably, and were deceptively easy to remove. 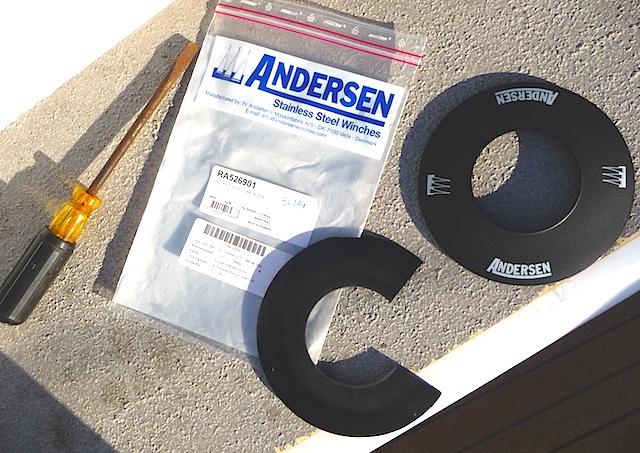 New disc spring and the broken flabby one it is replacing

The new ones, I found, were very stiff and had to be compressed downward quite a bit to fit under the heavy circlip that holds them in place. The act of simultaneously pressing the disc down (a fair amount of pressure is needed) while prying the clip into its mounting slot with a screwdriver requires a minimum of three hands to be performed efficiently. Absent the extra hand, liberal doses of profanity and persistence will eventually get the job done. 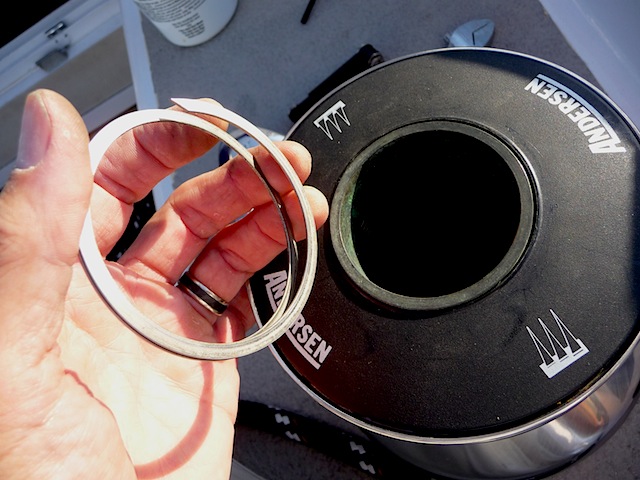 The problem in a nutshell. You need one hand to hold the clip, another to hold the screwdriver (or camera, in this image), and yet another to press the disc down so you can fit the clip on

I did finally succeed in reassembling my winches (see photo up top), and the next day, while sailing back to Portland, I found that the compression load of the disc springs on the self-tailing jaws made the jaws much grabbier. I never had a problem with lines coming out of the jaws before, but now there’s no way those suckers are falling out of there.

Note: When servicing an Andersen winch, I would leave the damn disc springs alone. As far as I can see, there are no moving parts under them that need lubricating.

For details on Wills Gut, please study my earlier Casco Bay Cruise post. Nothing seems to have changed in three years, except the construction on the old granite crib bridge linking Orrs and Bailey Islands has been completed. One of the McMansions lining Water Cove still has an unsecured WiFi signal, and this is still one of the easiest places to put into when transiting the breadth of Casco Bay. 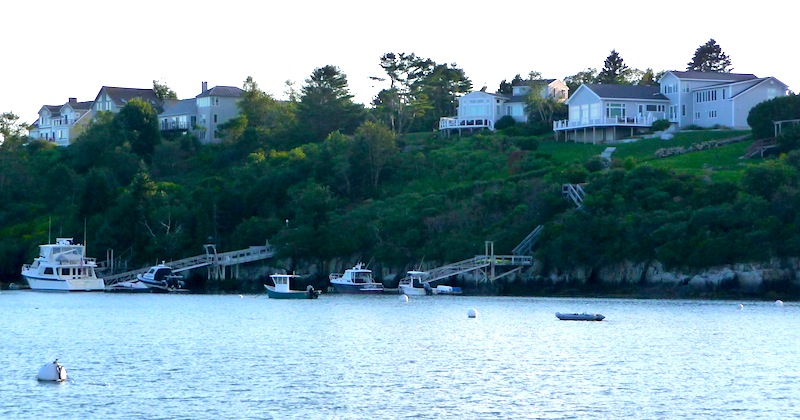 These are the McMansions on just one side of the cove. As long as they’re sharing their communication systems, I suppose we shouldn’t complain about them 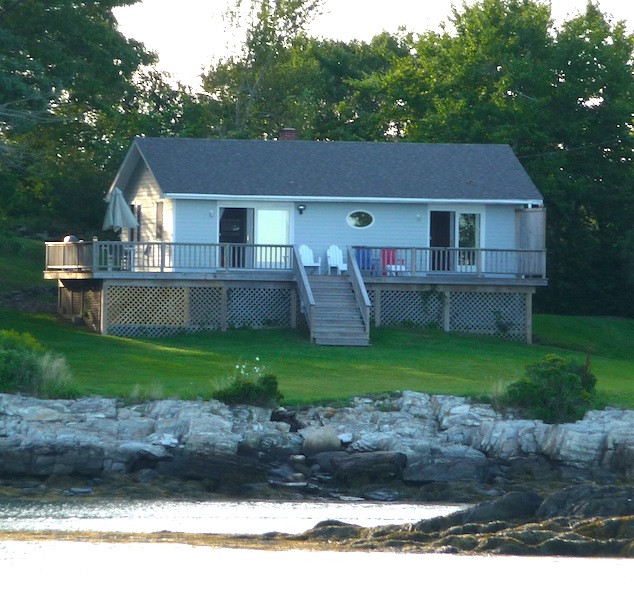 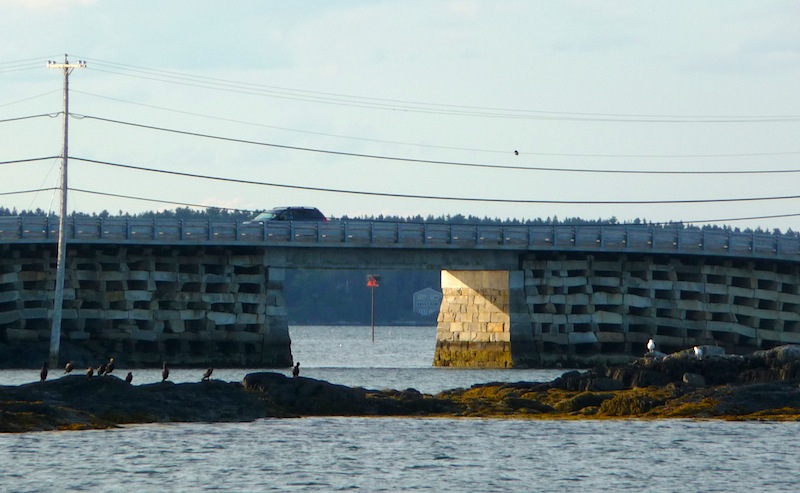 The granite crib bridge, believed to be the only one of its type in the world, has no fasteners in its base structure 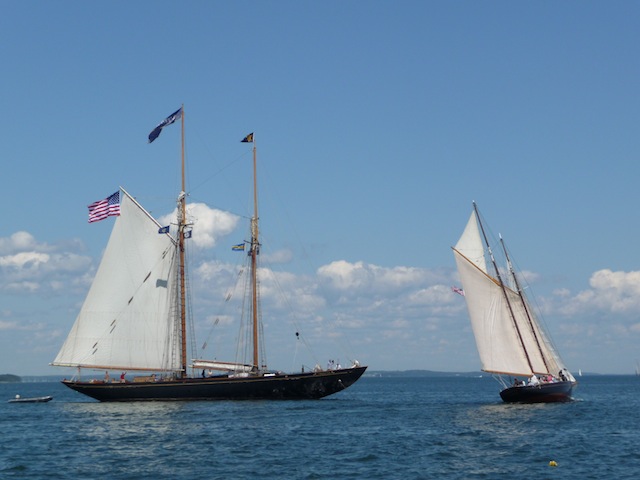 Seen in Portland before setting out. That’s the old Alden schooner Bagheera, an ex Mackinac Race winner that nows works as a head boat in Portland Harbor, under sail on the right. The big baby (121 feet) anchored on the left is Virginia, a replica of a Chesapeake Bay pilot schooner 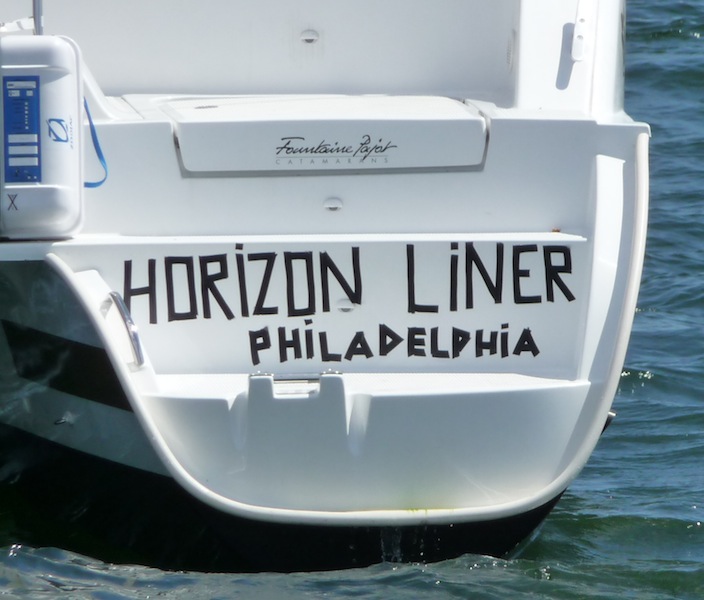 Also seen… in the mooring field at Portland Yacht Services. At last! A cheaper way to name your boat