CLARE AND I FINISHED BRINGING LUNACY back to Portland this weekend and spent the last night of our mini-cruise on a mooring at Cliff Island in Casco Bay on Friday night. Soon after we settled in a massive thunderstorm started zooming in from the southwest. The photo up top depicts its initial approach. 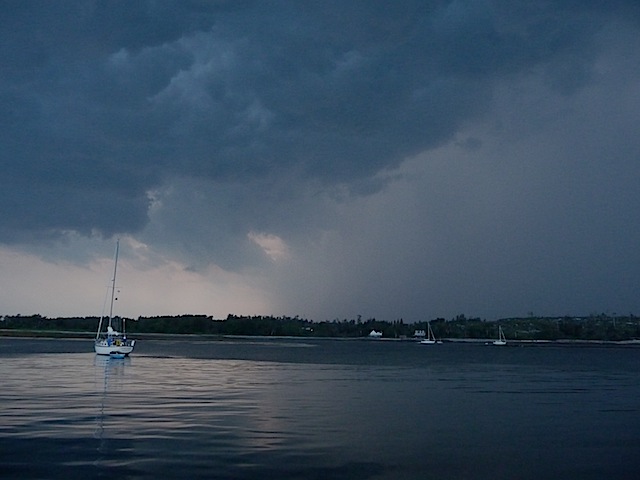 At first the wind was moderate, about 15 knots, and from the west, and we had very little rain as the heart of the first wave of the squall passed just north of us. Here you see a little Hunter (on the right) scuttling into the anchorage just as things started looking truly bleak: 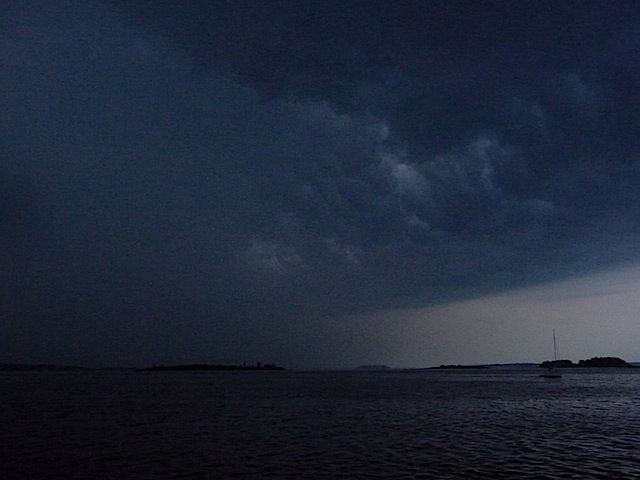 In the end all went black and things got quiet for a bit. Then came the second wave of the squall, which passed right over us, bringing torrential rain and massive gusts of southwest wind that spiked (according to Lunacy‘s masthead wind sensor) as high as 68 knots. 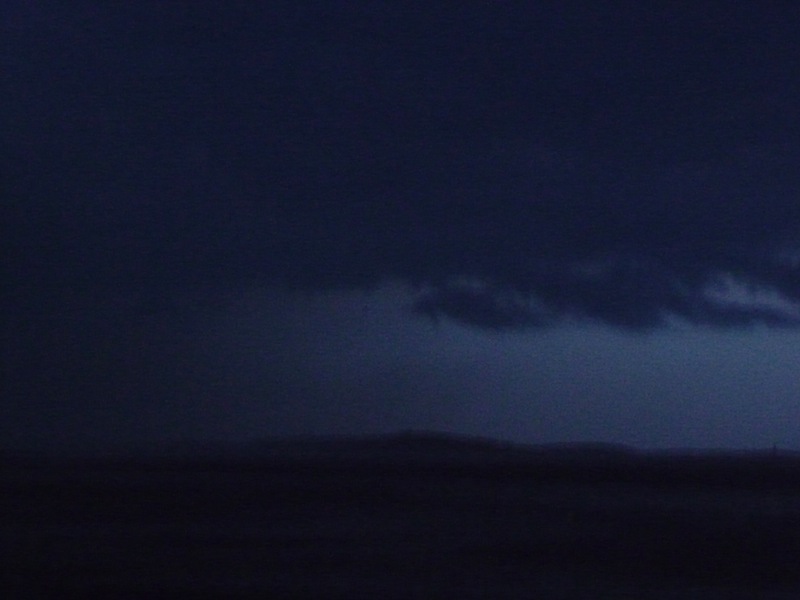 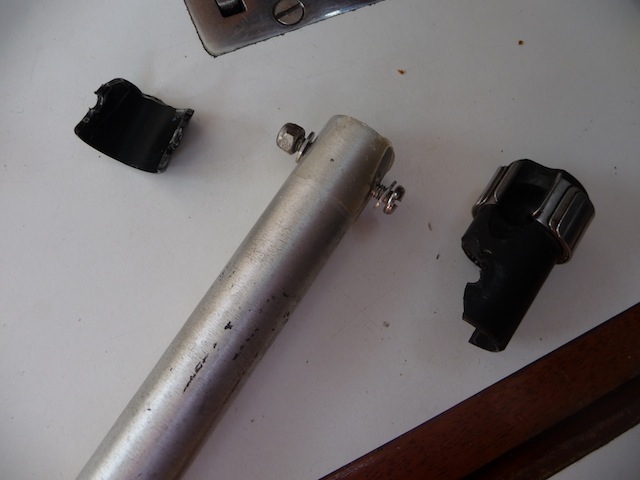 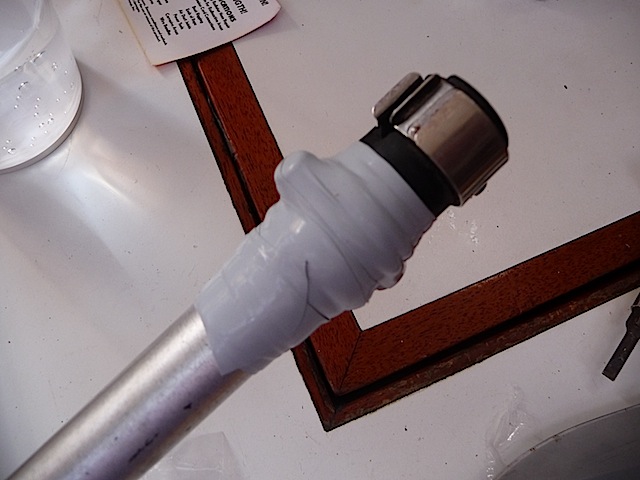 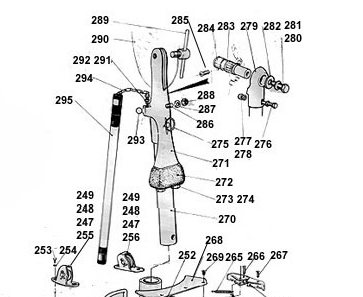 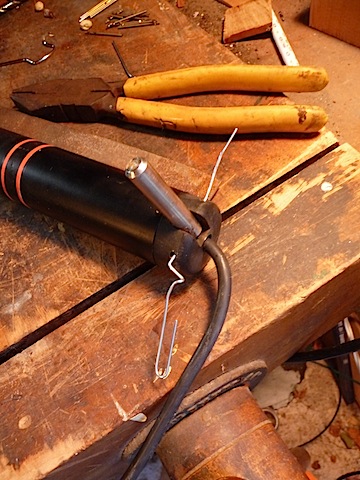 SOURCING PARTS IN GAMBIA: From the Fixing Your Boat in Exotic Places Department