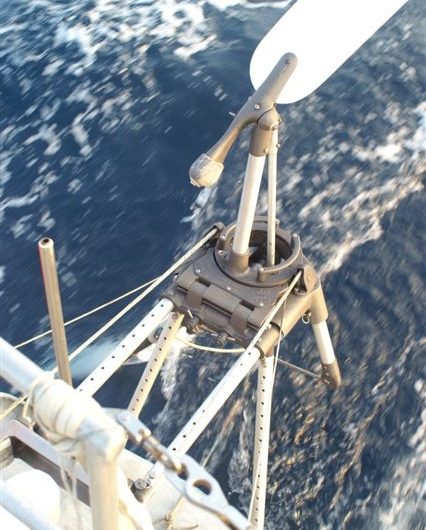 WHEN IT COMES TO AUTOPILOTS it is always best to divide your affections. No sense in being monogamously faithful to just one unit, giving it names and all, only to have it crap out on you in some less than sanguine circumstance. One reason I fell for Lunacy was because she came equipped with three different self-steering systems, each quite a bit different from the other two.

First, there is the Aries windvane in pure windvane mode (see photo up top), its air blade waving above its head, seeking the direction of the wind.

Second, there is the body of the Aries, its legs and servo-oar, coupled to an electronic brain in the form of a small tiller-pilot. It steers to a compass course and consumes very little power. 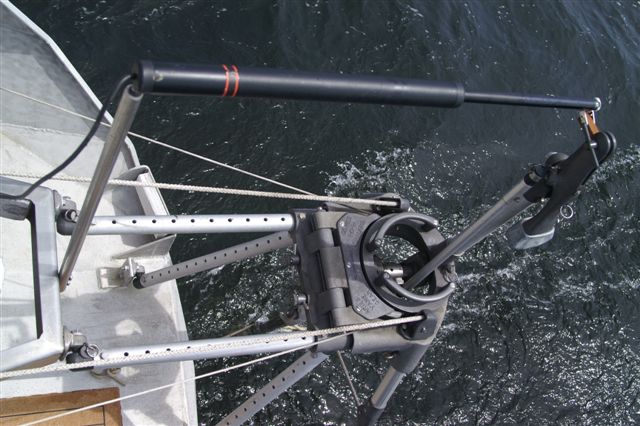 Lastly, there is a much larger tiller-pilot that is connected via a pin directly to Lunacy‘s tiller, which also, of course, is steered by a compass.

I normally use option two, as it is the most versatile. The “electric vane” can steer the boat when it is just motoring, but is also strong enough, thanks to the power of the servo-oar, to steer in heavy winds and seas. Option one, the pure windvane, works only for sailing; option three works for both motoring and sailing, but only if the sailing is in light to very moderate wind.

Option two, unfortunately, is also the most fragile. I’ve twice before broken the wooden bit used to connect the working end of the autopilot’s tiller ram to the pivoting vane base at the top of the Aries. This time, with Lunacy en route from Portland to Ridley’s Cove, the ram broke loose at both ends. First the mounting pin at the back of the ram broke away, which caused the ram body to drop off the back of the boat, in the process breaking off the wooden bit at the other end. But for the pilot’s electric cable, and Lunacy‘s little back-porch of transom scoop, I would have lost it overboard entirely. 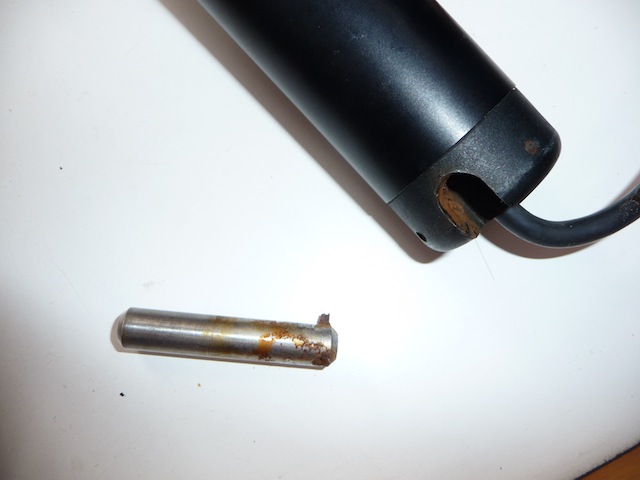 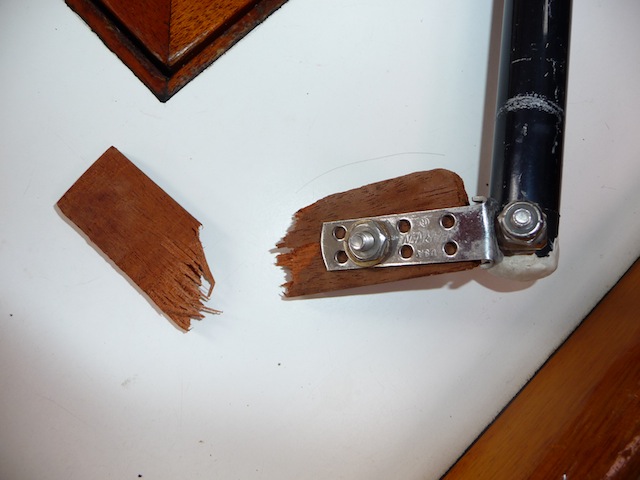 The best back-up when I lose my primary autopilot, I’ve found, is to put both the other systems to work. It is very easy to switch between the two, as they connect to the tiller in different ways, so I can lock one system on before removing the other. 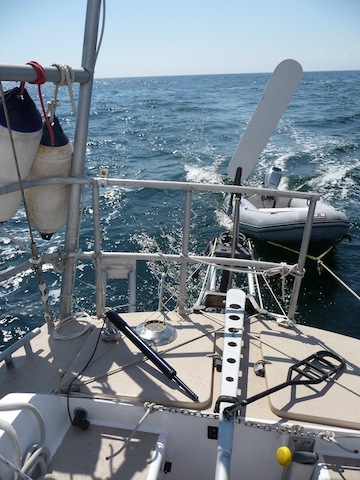 Windvane steering with the tiller-pilot in standby mode

If the wind is moderate to strong I use the windvane; when it goes light, or when I have to motor, I switch to the pilot. The one complication is I feel I should immobilize the vane when not using it, as otherwise the servo-oar bangs about, pivoting hard against its stops first one way then the other, creating drag and generally over-exercising itself. The process of doing this is simple–you pivot the vane down and let snap a pin on a spring to lock it on centerline to its base–but the act of doing it does involve hanging a bit off the stern for an instant. 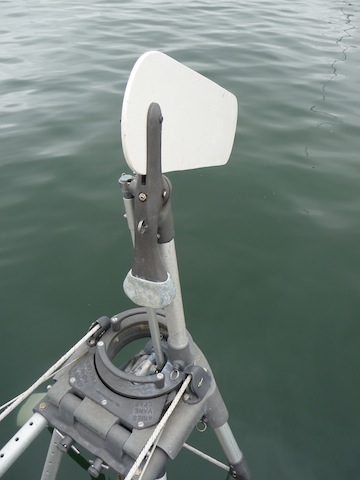 Windvane in standby mode, locked on centerline with its head drooping

A strong electric pilot that could steer in all situations would obviously be much more convenient, but would be difficult to tie into Lunacy‘s dirt-simple transom-hung rudder and tiller. I’d also still want the windvane as a back-up in any event. Autopilots are much more reliable now than they used to be, but I’ve been betrayed by too many in the past to really trust them.