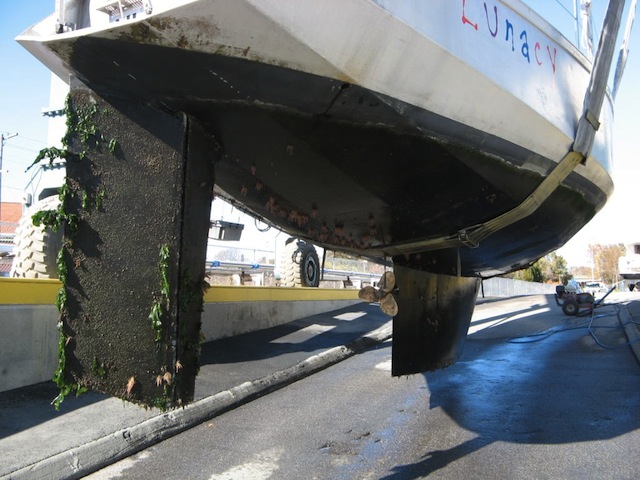 Lunacy was hauled for the winter on Friday, which means at last I have answers and evidence to share with the several people who’ve been asking me about the Ultrasonic Antifouling system I installed toward the end of the season last year. When Lunacy was hauled last year, after two months with the Ultrasonic unit running, there wasn’t a speck of growth on her anywhere. This year, after a full five months in the water, the results are decidedly different.

I couldn’t attend the haul-out, but once again, Jeff Stack, the service manager at Maine Yacht Center, was kind enough to snap some pix for me. He tells me the guys running the lift thought this was more growth than they’ve seen on other MYC boats treated with the yard’s standard antifouling paint, Pettit Hydrocoat.

Lunacy, you’ll recall, is swathed in Vivid Free, a zinc-based ablative paint (also by Pettit). My experience with zinc paint (I use it instead of copper paint because Lunacy has an aluminum hull) is that it works poorly as an antifouling agent when a boat is idle, which unfortunately is what Lunacy was for much of the summer. I am not ecstatic about these results, but I do think things would have been considerably fuzzier without the Ultrasonic. 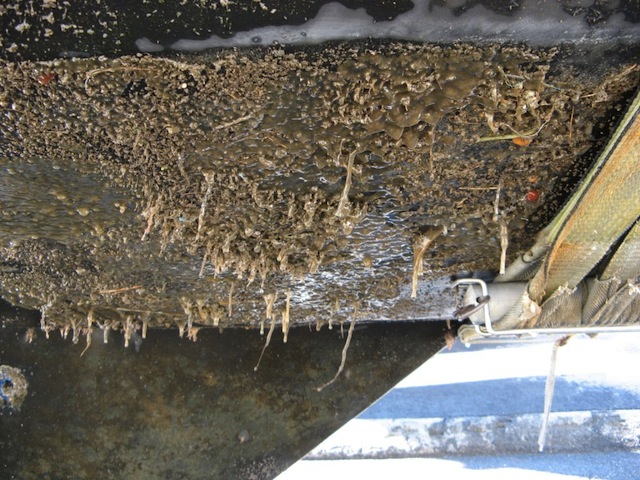 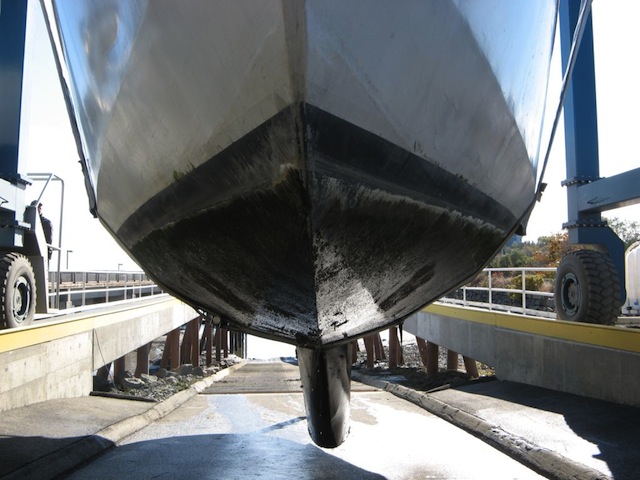 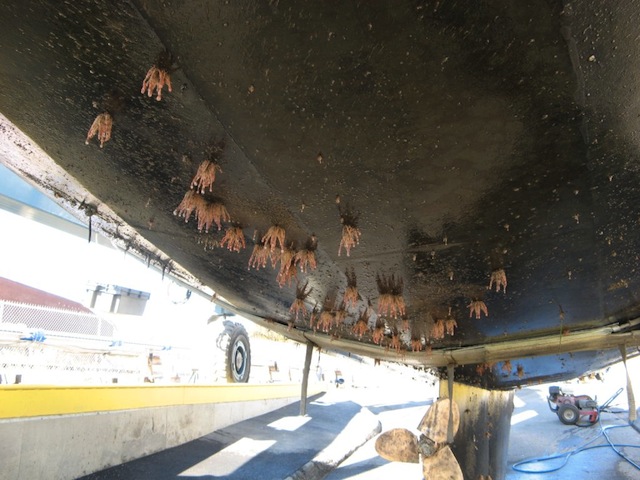 You’ll note the keel is relatively clean, but that there is significant growth in other areas. There doesn’t seem to be any hard growth anywhere. 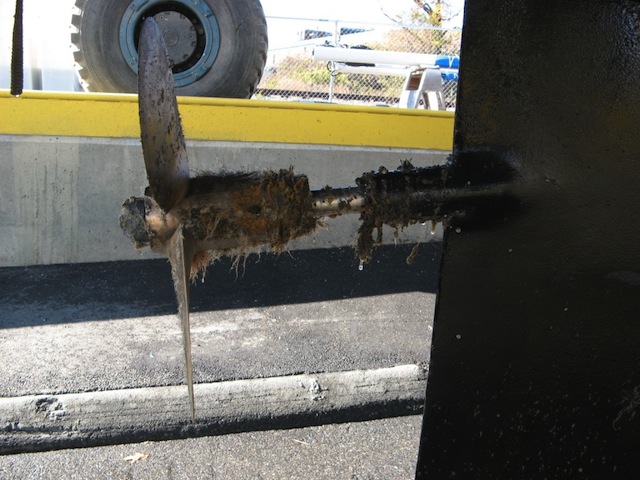 The propeller blades are reasonably clean, which is nice. But there’s been major anode wastage. The collar zinc on the prop shaft is gone, and the zinc on the propeller hub is almost gone. This is much more wastage than I normally see, but I have no way of knowing whether it has anything to do with the Ultrasonic system. 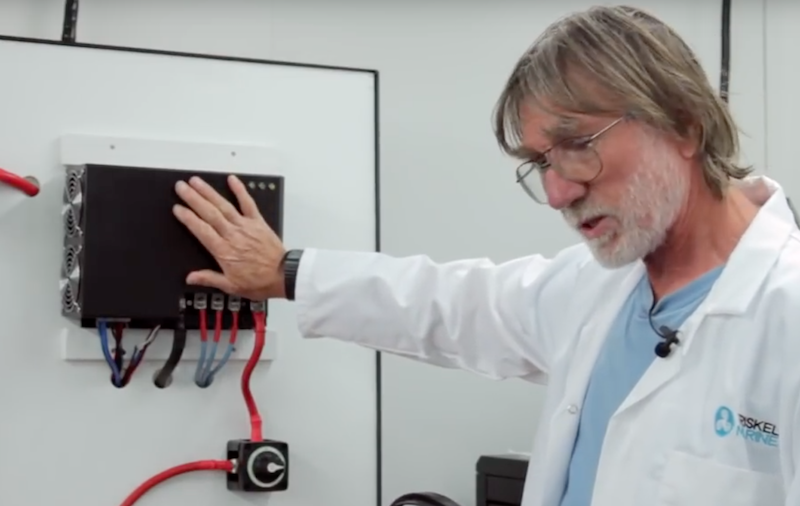