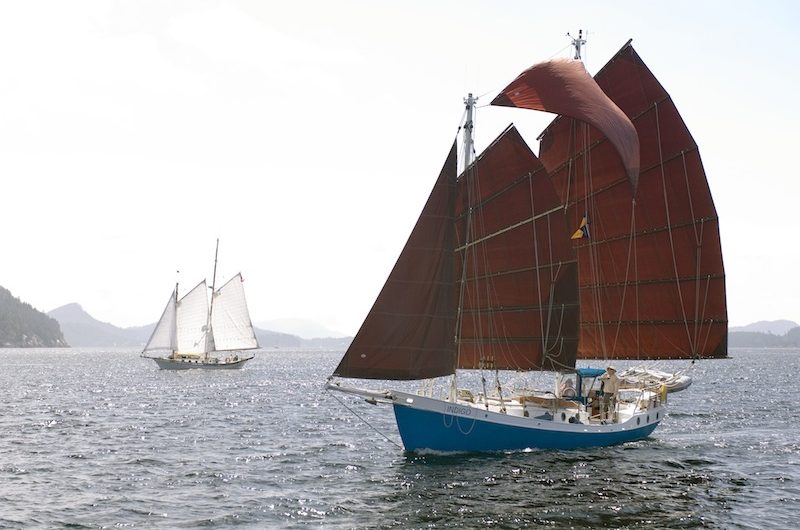 American shipwright and boat designer Tom Colvin, who has long championed both metal construction and junk rigs on cruising sailboats, has designed about 300 small ships and boats over the course of a career that has now spanned about 70 years. He designed the original Gazelle for himself and his family to cruise aboard way back in 1967. She has since proven to be both his most successful and perhaps most interesting creation, with over 700 sisterships launched to date.

The first Gazelle was conceived as a no-frills light-displacement boat that could function both as a shoal-draft coastal cruiser on Chesapeake Bay, where Colvin was based at the time, and as a bluewater cruiser. She was built of 10-gauge Corten steel (i.e., about 3.4-mm thick), except for the main cabin top, which was marine plywood. The ballast consisted of lead bricks stacked in the keel and capped with cement. To save weight, Gazelle carried no engine and her hull form was long and lean. Her most distinctive feature was her schooner rig, which consisted of two Chinese junk sails mounted on lightly stayed aluminum masts with a Western-style triangular jib out front flying from a long bowsprit. She also carried a triangular “fisherman” sail between her masts or sometimes flew a loose-luffed reaching staysail from her main masthead.

By all accounts the first Gazelle sailed well, as is reflected in her performance ratios. She balanced well on all points of sail, her helm required little attention, except when running dead downwind, and she was reasonably fast. Colvin reported hitting speeds of around 9 knots sailing his boat. A sistership built soon after the first, Migrant, once reported a best day’s run of 202 miles and a best week’s average of 163 miles per day during an extended bluewater cruise. But Gazelle’s windward performance, in Colvin’s own words, was “less than breathtaking.” She usually had to sail 50 degrees or more off the wind to maintain speed and course. Thanks to her narrow beam, shoal draft, and generous sail plan, she also needed reefing early, which is easy to do on any junk-rigged vessel.

Very few of Gazelle’s many sisterships are as simple–or as light–as the original. Almost all have engines installed in the large midships cargo area that separates the main cabin from the aft cabin. Colvin himself installed a small 10-hp Sabb diesel in his Gazelle before selling her; most other owners have specified much larger engines and in some cases have grossly overpowered their boats. Most sisterships also have heavier interior joinery; in some cases the scantlings have also been increased. Colvin estimates the average displacement is about 6,000 pounds heavier than that of his first boat; he cites one extreme case where a boat was built almost 20,000 pounds overweight (before the rig and ballast were installed)!

On the other hand, most sisterships do have electrical systems, a feature lacking on the original, plus other modern amenities. Several Gazelles have been built in aluminum, which saves a lot of weight, and a small handful have also been built in wood. The vast majority are junk-rigged, though some have gaff-schooner or gaff-ketch rigs, which reportedly work well. The least successful sail plans, according to Colvin, are single-mast Marconi sloop and cutter rigs, as the boat has trouble standing up to a taller single spar and does not balance as well.

The interior lay-out is similar to those seen on modern center-cockpit boats, except there is no cockpit. Instead the helmsman is stationed on a flush-decked area between the main and aft cabins, directly abaft the mainmast and directly over the engine or cargo area.

The first Gazelle originally had a small double berth oriented fore and aft offset to starboard in the aft cabin. Colvin later changed this and installed separate single berths port and starboard, which he felt was more seamanlike. Many sisterships instead have large athwartship doubles all the way aft. These are very comfortable in a calm harbor, but are less comfortable when the boat is underway or rolling at anchor. They also interfere with the worm-gear steering system specified by Colvin and require the installation of hydraulic steering instead, which dampens the helm’s responsiveness. In the original design the aft cabin, which also houses the nav station, has no standing headroom, as the deck overhead is flush save for a large scuttle housing its forward-facing companionway. On several sisterships, however, an aft cabinhouse has been added.

The main cabin connects to the aft cabin belowdeck via the engine or cargo area, which has only stooping headroom. The main cabin does have full standing headroom and can be laid out several different ways. In most cases the forepeak has a narrow V-berth bisected by the keel-stepped foremast, which precludes installing a filler section to make the berth a double. On some boats the foremast is deck-stepped and the space is configured differently.

Directly behind the peak there is an athwartship head (the original design also calls for a second toilet in the aft cabin, though not in an enclosed head compartment). In the first Gazelle the galley was originally at the aft end of the main cabin, ranged around the companionway, with two outboard pilot berths and a pair of narrow settees either side of a drop-leaf table in the saloon forward of the galley. Colvin deemed this inadequate and later changed things around, placing the galley forward, just abaft the head, with one outboard pilot berth and a dinette aft to starboard of the companionway opposite a single straight settee. In the majority of sisterships, however, the galley seems to be aft, where the motion should be more comfortable in a seaway.

Used Gazelles are very attractively priced and construction costs keep escalating, so it is hard to justify building a new one. As of 2006, there was a firm in India, Kondo Syokai, offering to sell new Gazelles for a sail-away price of 50,000 British pounds, but according to Colvin they have only built one boat to date. If shopping for Gazelles on the brokerage market, be warned that listed specifications are often based on the original design displacement rather than actual displacement, hence may be wildly inaccurate. 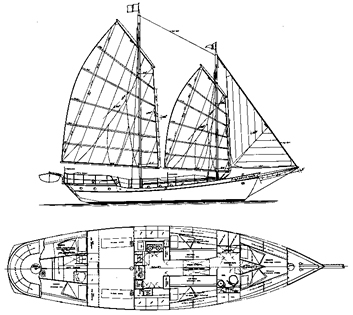 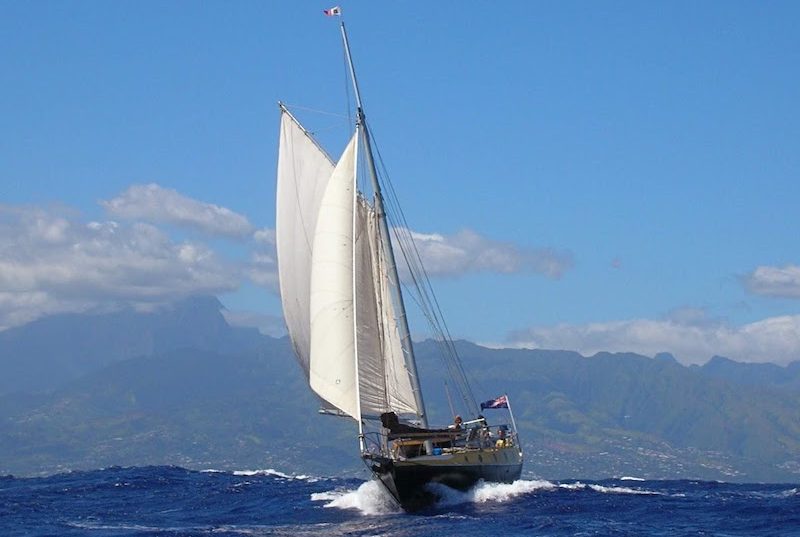