Somali pirate attacks on yachts have been much in the news lately, what with a) the heartening good news that bluewater cruisers Paul and Rachel Chandler were finally released unharmed on November 14 after being held hostage by a Somali pirate gang for 388 days; and b) the sickening bad news that yet another sailing couple, Bruno Pelizzari and Deborah Calitz, of South Africa, were taken prisoner by Somali pirates on November 7.

All of which serves as a rather ominous prelude to the upcoming Indian Ocean and Red Sea passage season, which generally begins in January as bluewater yachts start leaving the west coast of Thailand and migrate west via the Maldives to Salalah in western Oman and thence through the Gulf of Aden and up the Red Sea toward the Suez Canal, with the goal of reaching the eastern Mediterranean by April or May.

Since 2009 the Somali gangs that prey on shipping in the western Indian Ocean have greatly expanded their range. Where attacks previously were limited to an area within 200 miles of the Somalian coast, within the past year attacks have occurred over 1,000 miles from Somalia. 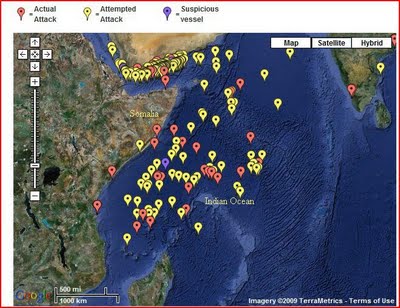 The Chandlers, for example, were sailing their 38-foot yacht, Lynn Rival, not too far west of the Seychelles when they taken by pirates on October 23, 2009. The South African yacht Coizil, meanwhile, was taken off the coast of Tanzania on October 26 of this year. The boarding pirates in the latter case took the yacht north and finally ran it aground on the Somalian coast on November 7, at which time they took two crew members ashore as hostages, but failed to evacuate the boat’s owner and skipper, Peter Eldridge, who soon afterwards was rescued by a Dutch warship.

(Note: As of Nov. 26 there is at least one report circulating that the Dutch Navy has arrested a group of 20 Somalis who are suspected of being involved in Coizil abduction.)

Somali pirates now typically go to sea in 30- to 40-foot motherships with inboard engines and carry extra drums of fuel to maximize their range. They tow behind them two smaller attack skiffs powered by outboard engines. In some cases the mother ship may be a larger captured dhow or fishing vessel.

Pirate crews typically style themselves as Jin al Bar, or Demons of the Sea, and subscribe to a strict warrior ethic. They often chew khat, a narcotic plant, and this helps encourage reckless behavior. In certain cases pirate crews would simply rather perish at sea than return home empty-handed. In others they may recklessly exceed their point of no return. The further out they are, and the more depleted their supplies, the more likely they are to become desperate and attack lesser vessels like yachts, as opposed to large commercial vessels that are much more lucrative prey.

There is now a strong military presence in the area, known as the European Union Naval Force Somalia (or simply NAVFOR in military-speak), but their primary mission (ironically) is to protect ships bringing food aid to Somalia. Their secondary mission is to protect other commercial vessels transiting the area, and yachts, frankly, are mostly an annoyance to them.

NAVFOR’s official advice is that yachts should not enter the area at all. Because of their low freeboard, pirates can board yachts much more easily and quickly than large commercial vessels, and once aboard there is little a military vessel can do to safely dislodge them. The Chandlers, for example, were taken by pirates in the presence of a military vessel. In another incident in April 2009, Florent Lemacon, skipper of the French yacht Tanit, was killed during a rescue attempt by French commandos. (The French government in reaction has proposed a law allowing it to seek compensation from rescued persons who have deliberately exposed themselves to an obvious danger.)

To put things in perspective: approximately 200 yachts transit the western Indian Ocean and the Gulf of Aden bound for Suez each year. The vast majority of these now travel in convoys, and there has been no reported instance of a yacht from a convoy being taken by pirates. NAVFOR therefore recommends that yachts that insist on sailing in the region do so in convoy groups and that they report their presence to the NAVFOR command.

Convoys generally form in Salalah, Oman, in February and March. The best practice is to travel in smaller convoys of five to six boats, as this makes it easier to maintain a close-knit formation. The recommended minimum distance between boats is about 200 meters, which can be increased slightly at night. To maintain formation, all boats must travel no faster than the slowest member of the group, so it is best if all boats have similar performance characteristics. Also, obviously, crews on boats must maintain vigilant watches.

The best resource for learning more about piracy in general and Indian Ocean yacht convoys in particular are the Piracy Pages at the World Cruising Club’s very useful noonsite.com website. Here you’ll find comprehensive reports on yachts that have suffered attacks, best-practices reports, contact info for all relevant authorities, official ISAF recommended procedures for yachts transiting the area, as well as other important resources. There is also an excellent forum where cruisers gather to form convoy groups.

The most interesting group now forming bills itself as the Thailand To Turkey convoy, or TTT 2011. Organized by Dutch cruisers Rene and Edith Tiemessen, who previously transited the Red Sea in 2007 aboard their 60-foot Rhodes sloop Alondra, TTT 2001 looks to be run like an informal cruising rally. The goal is to gather a very large group of yachts that can then be broken down into smaller convoy groups. An organizational meeting is currently scheduled for December 22 in Phuket. 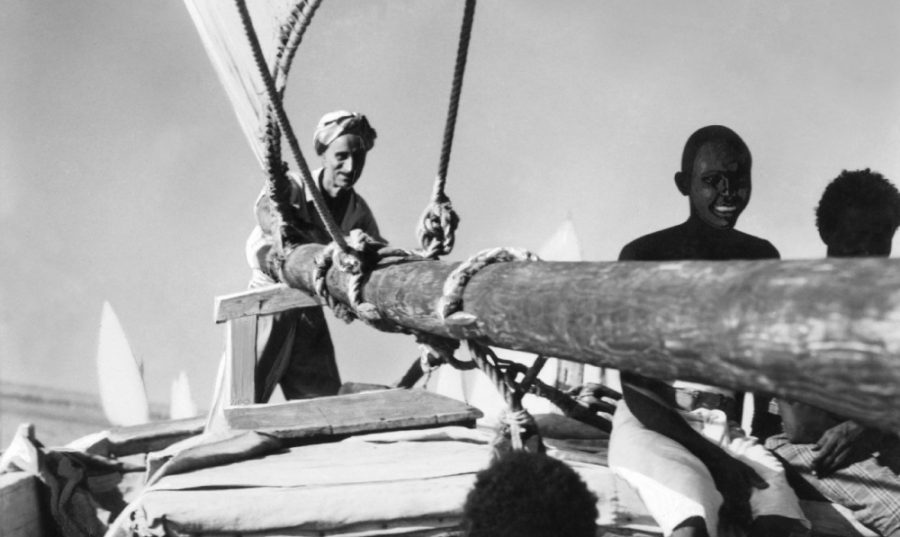 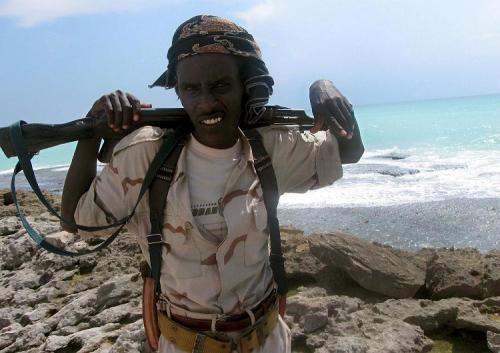