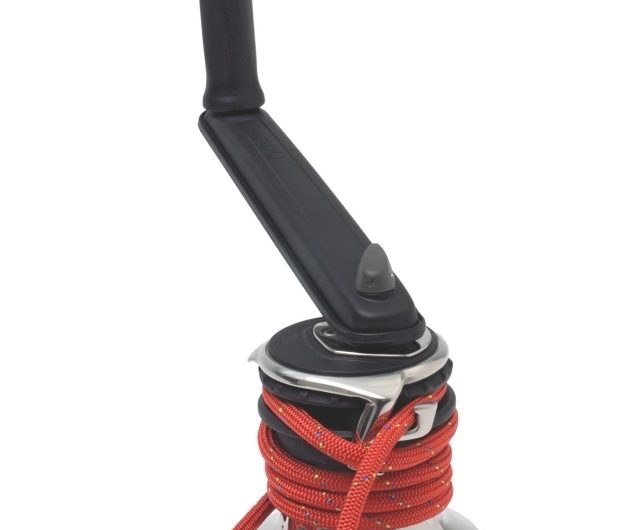 I started hearing rumors about a year ago that Selden Mast was going to start making winches, which in itself would not be a surprising development. Selden, which traditionally limited itself to spars and furlers, has been steadily creeping into deck hardware over the past few years, offering bits like blocks, cleats, swivels, etc. It made sense they’d ramp up and get to stuff like winches eventually.

What is surprising is that their very first winch might just revolutionize the whole concept of “winch.” I don’t know much yet, but from what I understand this new “reversible” manual winch is not only self-tailing, but also self-easing. When trimming in it operates like any other two-speed winch–grind one way for low gear, grind the other for high. But when you want to ease, all you need do is press the button at the top of the handle, grind clockwise, and the line will go out.

True enough, this is not the very first reversible winch in the history of sailing. Mega-yachts have long carried huge power captive winches that could reel line in and out at the push of a button. And I myself once owned a very cool manual bottom-action Murray winch built in New Zealand that had a cleat on top and a worm gear that let you ease about half the line on the drum by just turning a handle.

But this is something completely different. Here we’re talking about a normal-size winch (sizes 30, 40, 46, and 52) that is both manually operated and can ease an unlimited amount of line (subject only to the length of the line, of course) without anyone having to touch the line itself. For both racing sailors, who like to make constant sail adjustments quickly, and cruising sailors, who are just plain lazy, it represents a potential change in paradigm. As in, imagine a hot racing boat with just one guy (instead of a trimmer AND a grinder) on the headsail sheet. Or better yet, a cruiser with a tiller in one hand and a winch handle in the other, easing the sheet to a big puff.

I haven’t actually seen one of these puppies yet, just the newsletter that Selden released this week. So I can’t really tell you how they work, though it obviously has a lot to do with the tailing arm at the top of the winch. As you can see here, it captures the line leading both on to and off the tailing jaw. My guess would be that pressing the button on the winch handle causes a piston to jut out of the bottom of the stud of the handle into a mechanism in the winch itself that shifts the drive from the drum to the jaw. In other words, with the button pressed the handle turns the tailing jaw, not the winch drum. 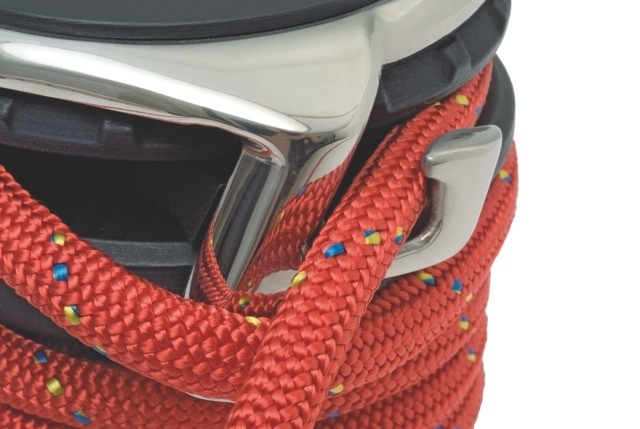 Unfortunately, Selden won’t have a reversible winch for me to dissect at the Annapolis show later this week. The big roll-out is scheduled for the METS gear show in Amsterdam next month.

Meanwhile, we can only pray it is what it purports to be.

UPDATE: Harken seems to be on this tip, too! Just found this release here announcing a similar winch that should be in Annapolis. The fat is in the fire. 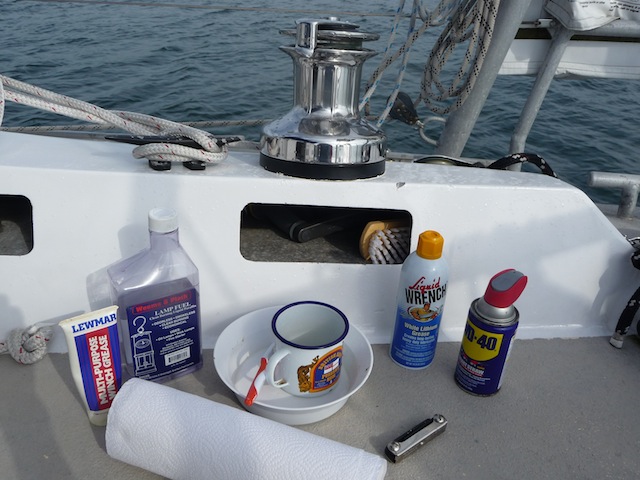